The Hoops were drawn against the Danes with the first game of the second round at Parkhead on either July 20 or 21.

Intriguingly, Erik Sviatchenko, the former Celt who is the star performer in the opposition’s defence, has been linked with a return to the Glasgow giants.

Like Celtic, FC Midtjylland surrendered their league title last season and had to be content with a runners-up position, two points adrift of Brondby.

Bo Henriksen was named Head Coach in May.

It is absolutely crucial that Postecoglou gets his team sorted before the encounter – especially at home. In four previous Euro ties at Parkhead last season, Neil Lennon saw them knocked out of the elite competition by Ferencvaros 2-1 and also lose 3-1 to AC Milan and 4-1 to Slavia Prague in the Europa League.

Their only success on their own territory was a 3-2 victory over Lille. 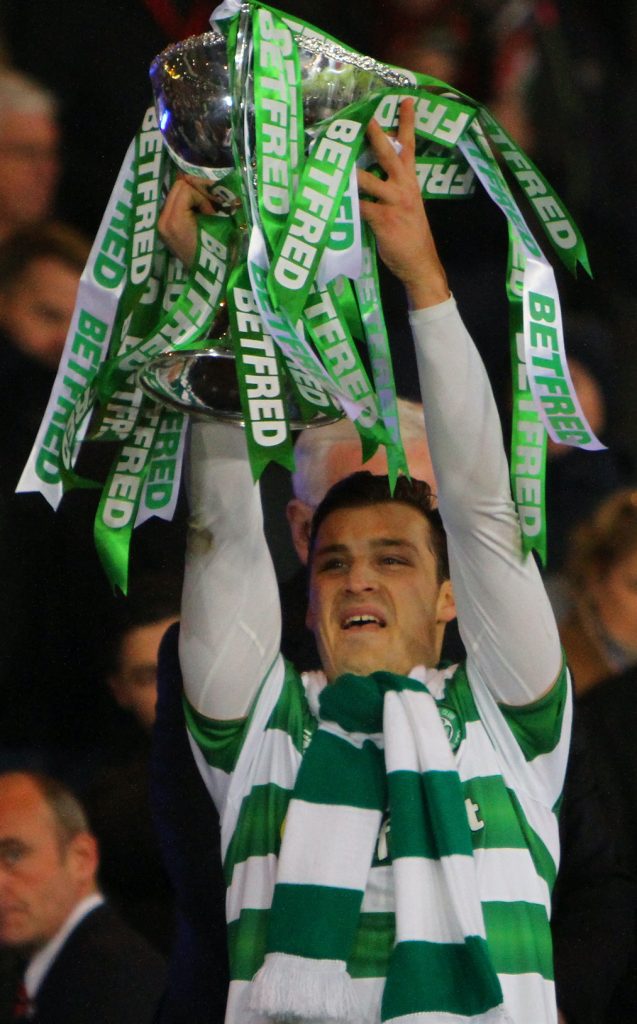 HOME OR AWAY…Erik Sviatchenko, holding aloft the League Cup after the 3-0 win over Aberdeen in 2016, could play for or against Celtic.