ANGE POSTECOGLOU will order an action replay from his Celtic players as they head to Alkmaar a week tonight to protect their hard-fought 2-0 advantage.

The Hoops are 90 minutes away from the Europa League group stages after instant fans’ favourite Kyogo Furuhashi and a deflection from a James Forrest shot gave them victory over dangerous opponents in the first leg of their play-off final at a packed Parkhead last night.

It was an encounter laced with anxiety where Postecoglou’s side realised the worth of having a keeper in Joe Hart they could trust.

The 34-year-old former England international netminder made two superb saves at crucial times and looked calm and composed throughout a nerve-shredding 90 minutes. 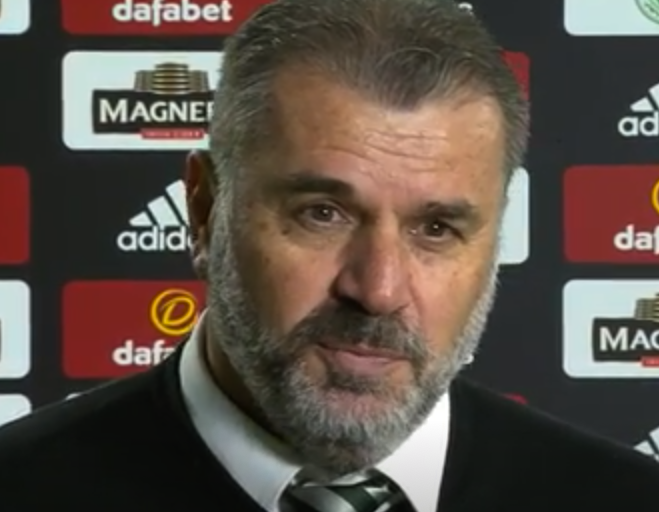 The Greek-Australian said: “It was a cracking game of football. They’re a good side and took it to us at at times and we went right back at them.

“The players showed tremendous spirit and will to keep trying to play our football and at the end it’s great to come out on top.

“Against good sides like that if you start thinking about protection you give them a little bit of an advantage. We’ve just got to go there and repeat what we did on this occasion.

“It’s one thing wanting to play beautiful football, but you’ve got to roll your sleeves up and show resilience and we did that.

“We had to at times and we knew we had to because they’re a good team. The key to that is we didn’t try and change anything we were doing.”

Postecoglou, speaking to Celtic TV, added: “We had to be brave on the ball and we were. In the midst of a really heavy programme of football, we keep going to the well with these guys and they keep producing.

“It’s outstanding and the spirit they showed when physically a few of them were pretty much running on empty, they never stopped and it’s a great sign for the future.

“It will be good to get Ryan Christie back in for some fresh legs against St Mirren and he provides that spark for us and we’re going to need it because it’s another tough game and short turnaround.

“The players are giving everything in every game, there’s no doubt about that.”

The Hoops will be going for a sixth successive win when the Paisley outfit arrive in Glasgow for the Premiership meeting on Saturday afternoon.

And then it’s off to Alkmaar to lock horns with very good, talented and aggressive opponents, but you just know this Celtic team, with Kyogo a constant threat, possesses the capabilities to score on their travels.

They’ve managed it in Denmark and the Czech Republic and it will be crucial to add the Netherlands to that sequence.