The club great passed away a week ago today at the age of 83 following a brave battled against dementia.

The supporters lit up Hampden in a spectacular colourful salute in the 67th minute of the often tense encounter against the stubborn Perth club – just six minutes before James Forrest fired in the only goal of the game.

FAREWELL, OLD FRIEND…Celtic players participate in the minute’s applause in memory of Bertie Auld before the semi-final clash with St Johnstone at Hampden.

Coincidentally, it was the identical scoreline when Auld scored for the Hoops in the 1969 League Cup Final against the same opponents at the same venue.

Postecoglou acknowledged how crucial it was for the team to pay their own tribute to the legendary Celt and, speaking to Celtic TV, said: “It was really important for us to do that.

“Whilst we celebrate an immortal, it’s a sad time for those who love him and are close to him and, hopefully, we made them smile a bit by playing in the style that Bertie would want.” 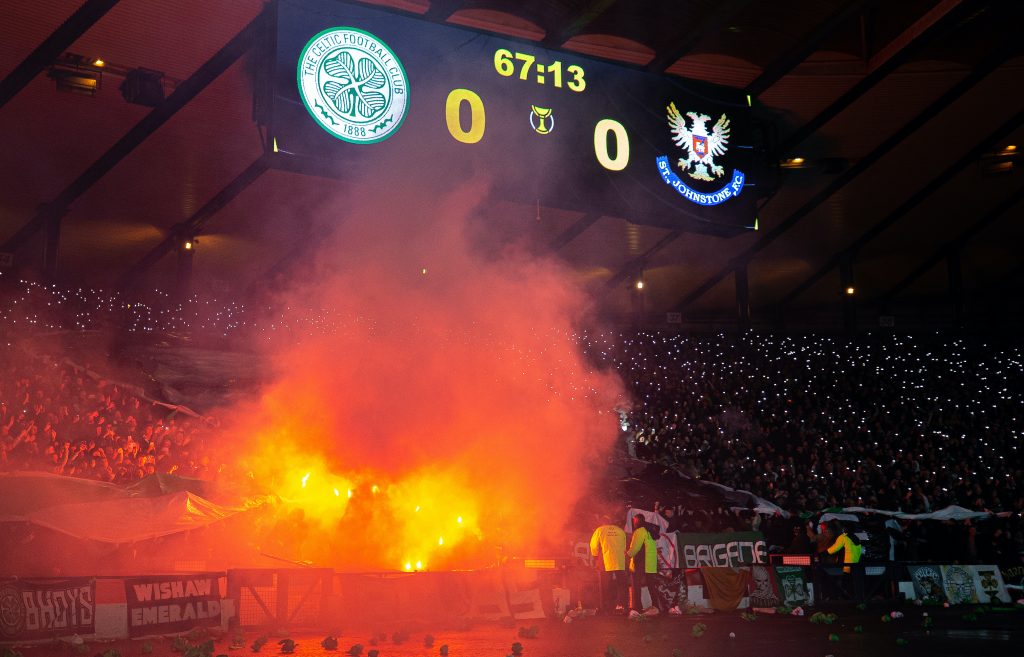 The Lisbon Lion would surely have acknowledged the professional manner in which the manager and his players went about their business on an extremely emotional and poignant evening in the south side of Glasgow.

Roll on the Cup Final on Sunday December 19!