The Hoops are pushing ahead in their move for the highly-rated right-back who has already been the subject of a £3.4million bid by Roma, according to media reports in France.

Ange Postecoglou has identified the No.2 position as a problem area and moved swiftly to activate Anthony Ralston’s 12-month clause in his contract last month. He also played new Bhoy Osaze Urhoghide, normally a centre-half, in the slot for a spell in the 2-1 win over Charlton yesterday. 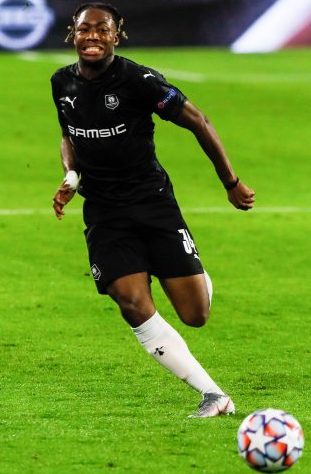 The Parkhead side have yet to fill the places left by the January departures of Jeremie Frimpong to Bayer Leverkusen and Hatem Abd Elhamed to Hapoel Be’er Sheva.

Now they are ready to raid the French market for Soppy and, according to sources, have already kicked off negotiations with the teenager who is also attracting interest from fellow-Ligue 1 outfits as well as Borussia Dortmund.

The attack-minded back-four operator featured nine times in the top flight and twice in the Champions League last season.

Soppy has 12 months to run on his contract and it appears Rennes are preparing to cash in on their hottest prospect.