ANGE POSTECOGLOU was highly impressed with his first look at Karamoko Dembele in Celtic’s 2-1 win over Charlton in Newport yesterday.

The exciting 18-year-old winger was given a starting place in the manager’s line-up and scored the opening goal while generally enjoying himself in a convincing 45-minute performance.

Asked for his first impression, Postecoglou didn’t hesitate as as he replied: “Good. He is obviously a hugely talented boy. He has been here for a while and I guess he gets an opportunity now.

“I think the way we play will suit him. He was positive, not just with the ball, he also worked hard without the ball. Yeah, I thought he did well.” 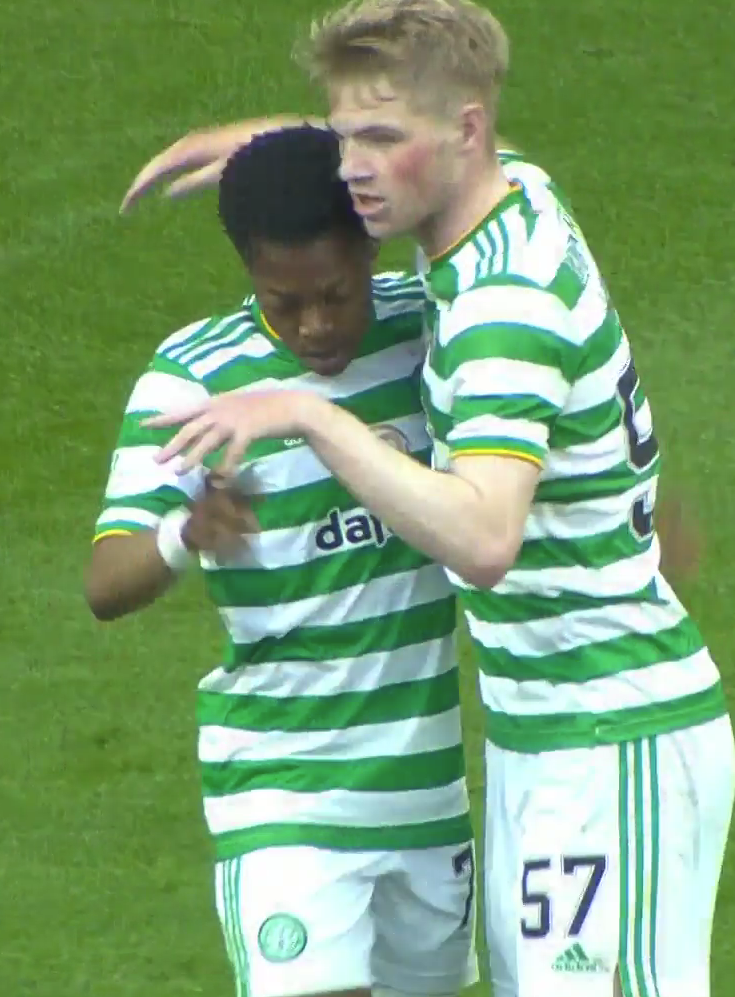 BREAKTHROUGH GOAL…Karamoko Dembele is congratulated by Stephen Welsh after his debut strike in the 4-0 Parkhead win over St Johnstone on May 12.

The Hoops gaffer, speaking to the Sunday Mail, added: “I never worry too much about age, at either end of the spectrum. It is more about can they do what we want them to do.

“He has been in and around the first team squad for a little while now. I think he wants to break through and be a first team player, so I see no reason why anybody needs to protect him from that.

Remarkably, Dembele is now playing under a FOURTH Hoops boss since he first hit the headlines in October 2016 as a 13-year-old substitute in an Under-20 match – Brendan Rodgers, Neil Lennon and caretaker John Kennedy who was in charge for the remaining 10 games of a disappointing campaign.

The teen ace opened the scoring against the English Leagie One side when he pounced on a loose ball to fire in the opener in the 24th minute. He was involved again for the second when he linked up with Anthony Ralston, whose accurate cross picked out Albian Ajeti to head his second goal in two pre-season games.

Dembele made way as Postecoglou made wholesale changes at the interval, but he is a certainty to get game time against Bristol City on Wednesday.