ANGE POSTECOGLOU has led Celtic to within eight wins of lifting the Premiership title in his extraordinary debut campaign as manager.

The Scottish Cup countdown continues with a quarter-final meeting with Dundee United at Tannadice on Monday night and victory would leave the Hoops with just two more games to play that could see the silverware claimed at Hampden on May 21.

And, of course, the Premier Sports League Cup is already in the Parkhead trophy cabinet after the 2-1 triumph over Hibs in a rollicking grande finale at the national stadium in December when Kyogo Furuhashi capped a spirited fightback with a second-half double salvo. 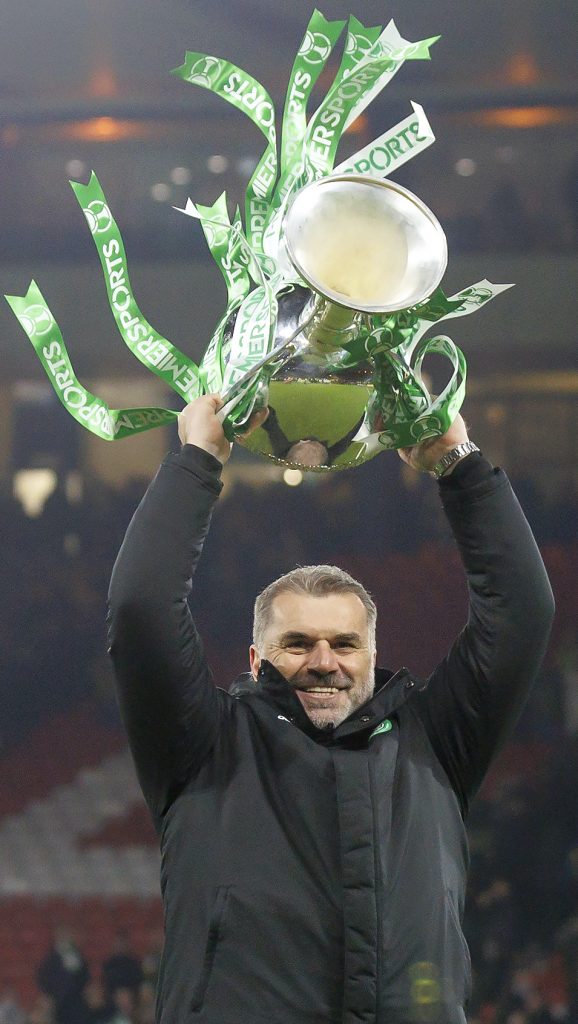 The Greek-Australian gaffer is maintaining his focus and insisted: “We know there are massive challenges ahead and we’ve put ourselves in a good position to have success this year.

“The most important bit is ahead of us, so it’s more about where we go from here.

“We’re in a good place in terms of the health of the squad and training is probably the most competitive it’s been all year.

“From a physical perspective, the numbers we’re getting back show the players are in a good space and our performances have been fairly stable.

“Those indicators show we are in a good space to finish the season strong, but that’s me just sitting here right now saying that.

“Observationally, without looking at the data which I do every day, anyway, my sense is that our training is at the best level it’s been this year, so you hope that transfers into the games.”

Postecoglou celebrated his 50th game in charge since being named Neil Lennon’s long-term successor in June with a 3-1 victory over stubborn Livingston in West Lothian on Sunday. 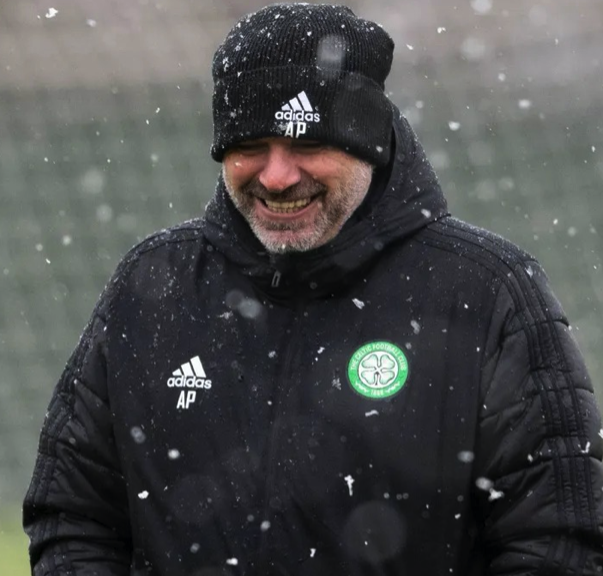 SNOW JOKE…Ange Postecoglou in a winter wonderland at Lennoxtown.

Reflecting on a midweek break in the action for the first time since the turn of the year, the Hoops chief, speaking to Celtic TV, added: “It’s been good, it gives us more of a chance to map out the week and do some different types of training.

“When you’ve got such a heavy schedule, you’re aware of making sure players are recovering well and freshening up rather than putting some meaningful work into them.

“We’ve had some good sessions so far this week and, as I said, it gives us a chance to do different types of sessions.

“Training is very competitive these days because, as you can imagine, with everyone pretty much fit they all want to be part of it, so credit to the lads that it’s been a good level.”

Following the Cup visit to Tayside at the start of next week, Postecoglou’s will host Malky Mackay’s Ross County on Saturday afternoon as they continue their quest for a tenth championship in 11 years.