The Celtic striker has now been linked with Jose Mourinho’s Roma while Southampton and Brighton have been reported to be preparing bids of around the £20million region ahead of the English top-flight kicking off at the weekend.

Edouard is in the final year of his contract and the frontman who cost a club record £9million when he arrived from Paris Saint-Germain in June 2018 has made it clear he wants to leave Parkhead, but new Hoops boss Postecoglou has no intention of fretting over the player’s situation.

Asked if the French ace had told him he wanted to leave, the former Australia international gaffer, as reported in the Daily Record, answered: “I haven’t had that discussion with him. 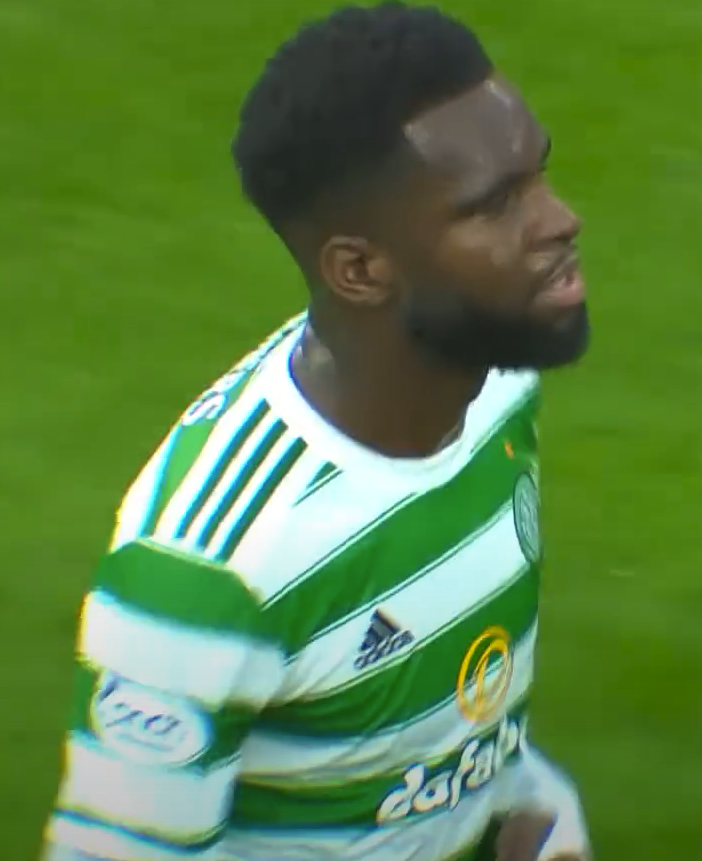 OFF THE MARK…Odsonne Edouard claimed his first goal of the season against Dundee.

SPOT ON…Odsonne Edouard makes no mistake from the penalty spot for the Hoops’ sixth and final goal.

“It’s not a discussion I’m going to have with players. If they don’t want to be a part of what happened today, there’s nothing I can do to convince them.
“That’s a question for Odsonne, it’s not a question for me.”

Postecoglou was happy to discuss the 6-0 romp against Dundee as he now prepares for Thursday’s Europa League second leg qualifier against Jablonec with the Hoops 4-2 ahead from the first leg in the Czch Republic last week.

Edouard was left out of the starting line-up for both games with £4.6millio Japaense recruit Kyogo Furuhashi taking his place and scoring four goals, one against the Czechs and a superb hat-trick against the Tayside outfit.

Last season’s top marksman with 22 goals claimed his first strike of the new term with a late penalty-kick against the Dens men.