ANGE POSTECOGLOU singled out two-goal Liel Abada for some special praise after the landslide 6-0 win over St Mirren at a rocking Parkhead.

The teenage Israeli winger had Celtic two goals ahead in the first-half before David Turnbull joined in the romp with his first-ever hat-trick while Odsonne Eduard helped himself to his third strike of the campaign.

Postecoglou admitted he felt bad about having to throw recruit Abada into his first team only days after his £3.5million arrival. The wide Bhoy responded with a goal against FC Midtjylland on his debut, but he had to be sacrificed after Nir Bitton’s foolish red card just before the interval. 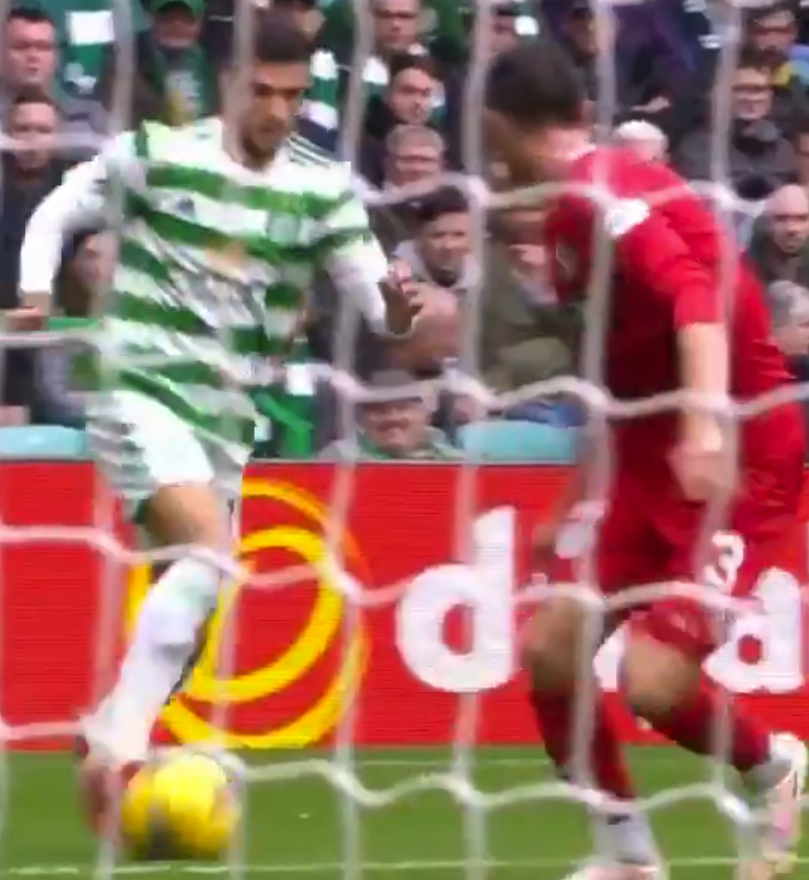 GOAL NUMBER ONE COMING UP…Liel Abada prepares to take on St Mirren opponent before unleashing drive for the opener.

The prolific flanker also opened the scoring in the 4-2 victory over Jablonec in a Europa League qualifier in the Czech Republic and was on target to punish the Paisley side with a vicious left-foot drive and a cunning header that left keeper Jak Alnwick flummoxed.

His Greek-Australian manager revealed: “We threw him in, he’s only 19. I felt for him at the start.

“It’s not the way you want to introduce new recruits, young ones especially.

“But from the first game, he’s had such a positive outlook and a positive intent during games.

“He’s been good for us all the way along and I know he’s been keen to get on the scoresheet, so it’s great for him to do that against St Mirren.” 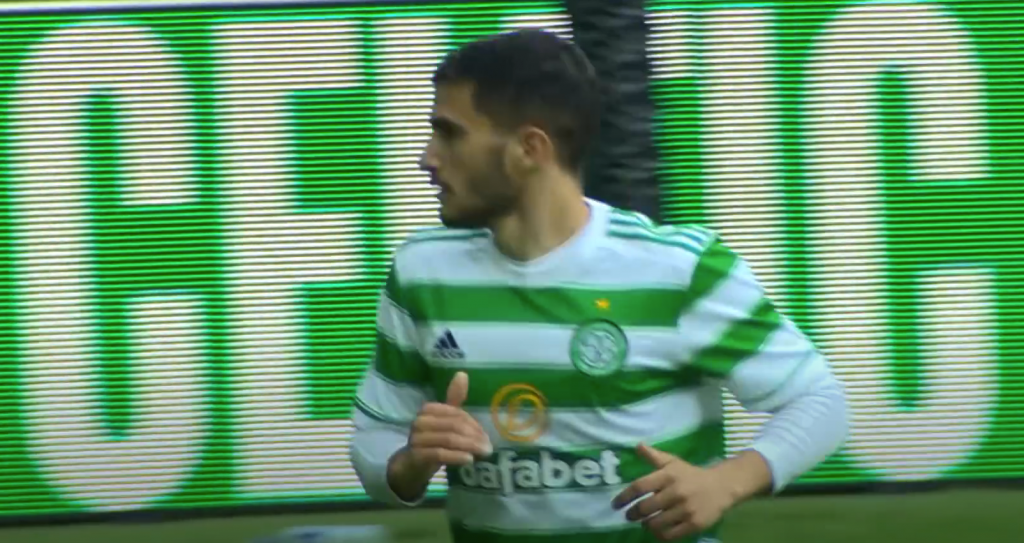 SIGN OF THE TIMES…Liel Abada and neon Celtic light up Parkhead.

With an eye to the tricky trip to Alkmaar on Thursday night with a Europa League group place at stake, Postecoglou took the opportunity of giving some key players a breather.

The boss had the luxury of being able to replace skipper Callum McGregor and all-action Kyogo Furuhashi midway through the second-half while Tom Rogic was able to stretch his legs as a substitute.

Postecoglou, speaking to BBC Sposrtsound, continued: “It was great to take off Cal and Kyogo and give them a good spell.

“Tommy (Rogic) could have played today, absolutely, but he’s been outstanding for us, just to keep him ticking along.

“Our squad is quite healthy considering the programme and schedule we have, we’ve just got to try and get these guys through the next couple of games and, hopefully, get some more reinforcements in.”