Celtic Quick News on News Now
You are at:Home»Latest News»ANGE THANKS ROGIC, BITTON: ‘PLAYED A BIG ROLE’
By CQN Magazine on 13th May 2022 Latest News

The Australian playmaker and the versatile Israeli will leave the club following the final Premiership game of the season against Motherwell at Parkhead tomorrow afternoon.

Both were key members of Postecoglou’s squad that sealed the club’s tenth title in 11 years and Rogic came on for Matt O’Riley just after the hour mark in the 1-1 draw with Dundee United at Tannadice that made certain of the championship success.

Rogic and Bitton contributed 19 years between them at the club and amassed a remarkable 34 trophies in their time. 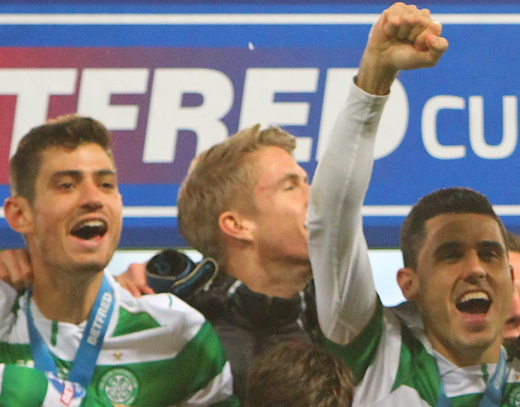 A COUPLE OF WINNERS…Nir Bitton and Tom Rogic celebrate the 3-0 triumph over Aberdeen in the Betfred League Cup Final on November 27 2016. Sandwiched in between is Kristoffer Ajer who left last summer.

Postecoglou revealed he had hoped they would stay beyond the end of their contracts and admitted: “While we are very sad to see both Tom and Nir leave the club, we totally respect their decisions in wanting to seek a different challenge in football, having both played their part in our success for the past decade.

“They have certainly made such a tremendous contribution to Celtic over such a long and successful period for the club and I understand that in their minds the time is right to move on.

“I am sure they will leave with the sincere best wishes of our supporters having given so much of themselves to Celtic.” 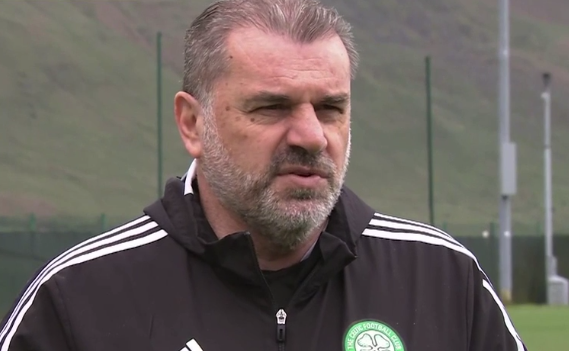 FAREWELL TO CELTIC DOUBLE-ACT…Ange Postecoglou pays tribute to Tom Rogic and Nir Bitton who are leaving the club after tomorrow’s game against Motherwell.

Postecoglou, speaking to the Glasgow Times, added: “From a personal perspective, as well as being very talented players, both Tom and Nir are top guys who have supported me brilliantly this year, in my first season – and again played a big role in this season’s success.

“Of course we will miss them, but we wish both Tom and Nir, and their families, great success in everything they do.”

Depending on how the match against Motherwell is developing, there might be a chance for the players to say their farewells on the pitch.

Their appearances would certainly add a touch of nostalgia to the ttitle party.