ANGE POSTECOGLOU reckons David Turnbull is ahead of Kyogo Furuhashi in the race to get back into the first team.

However, the Celtic boss is refusing to put a timescale on the crocked duo who have not made an appearance in 2022.

The Hoops have won six on the bounce since the turn of the year without the finishing skills of 16-goal Kyogo or the midfield talents of Turnbull, although both have been named in manager’s squad for the Europa Conference League ties against Bodo/Glint with the first leg due at Parkhead a week tomorrow with the return in Norway seven days later. 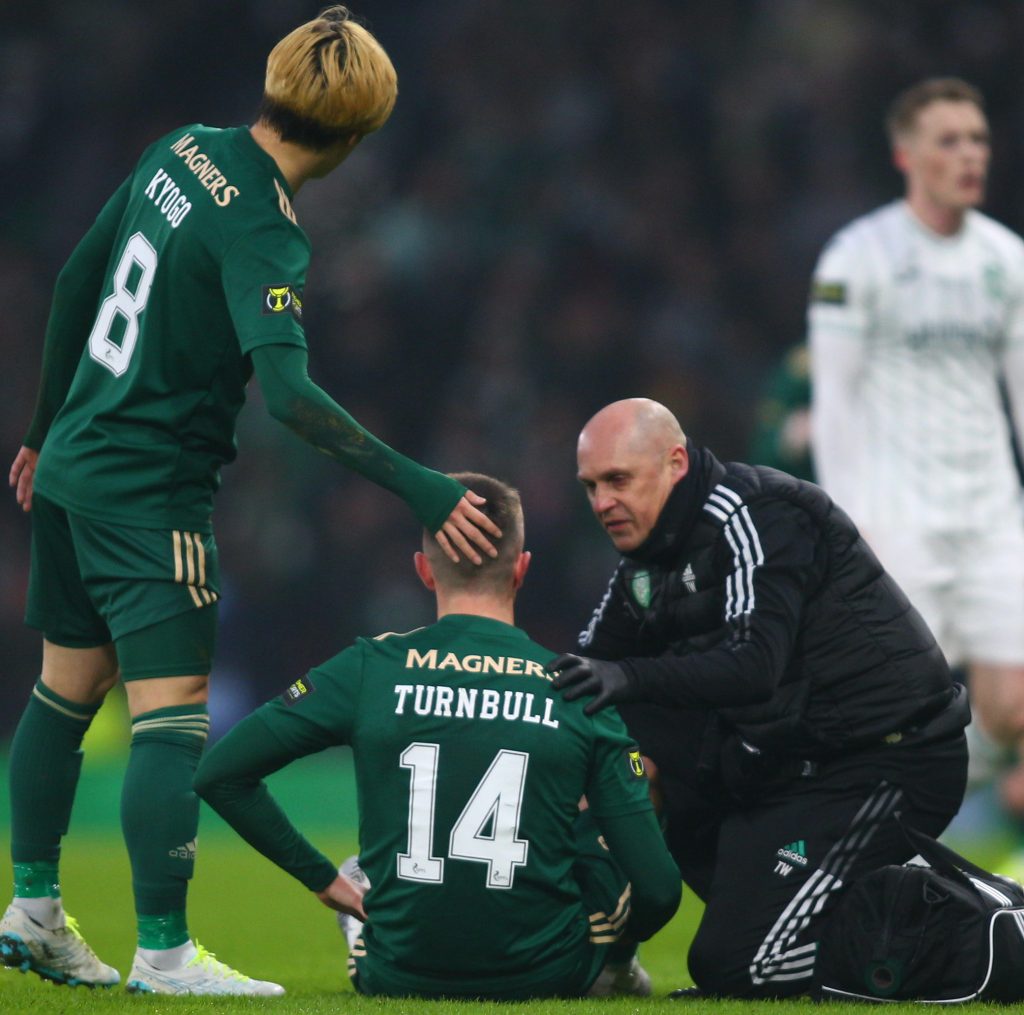 DOWN AND OUT…David Turnbull receives a consoling pat on the head from Kyogo Furuhashi as he realises his Premier Sports League Cup action is over.

Turnbull limped off with a hamstring strain only 27 minutes into the Premier Sports League Cup Final against Hibs at Hampden on December 19 when Kyogo netted two brilliant second-half goal to claim the first domestic silverware of the season for the Parkhead side following the previous year’s barren campaign.

But the pacy marksman, bought for £4.6million from J-League outfit Vissel Kobe in July, was struck down early in the 3-1 win over St Johnstone in Perth on Boxing Day.

As Postecoglou prepared for tonight’s testing Premiership encounter against Aberdeen at Pittodrie, he gave an update on the Japan and Scotland internationals.

The Greek-Australian gaffer, speaking to the Daily Record, added: “If they’re fit and available, they’ll be in the squad.

UP FOR THE CUP…Kyogo Furuhashi rises and shines during his two-goal performance against Hibs at Hampden in December.

“Dave is closer because his injury happened before Kyogo. So, he’s probably two or three weeks ahead of Kyogo.
“I haven’t put timescales on it as I could end up being wildly out.

“They’re both working hard, but I expect to see Dave before Kyogo.

“In terms of the European squad, they’re both in it because hopefully they’ll be available at some time for us.”