ANGE POSTECOGLOU will get a close-up view of in-demand star Tyrhys Dolan at Parkhead next month.

The 20-year-old Blackburn Rovers winger is reportedly interesting Celtic and is likely to be on view when the clubs meet in a pre-season encounter on Saturday July 16.

Dolan has had a startling rise at Ewood Park after leaving Preston as a free agent in 2020.

The youngster shone under the influence of former Hoops boss Tony Mowbray at the Lancashire club and scored five goals in 37 appearances llast season.

That has seen Dolan linked with the Scottish champions, according to talkSPORT, as well as newly-promoted Nottingham Forest and a handful of other clubs. 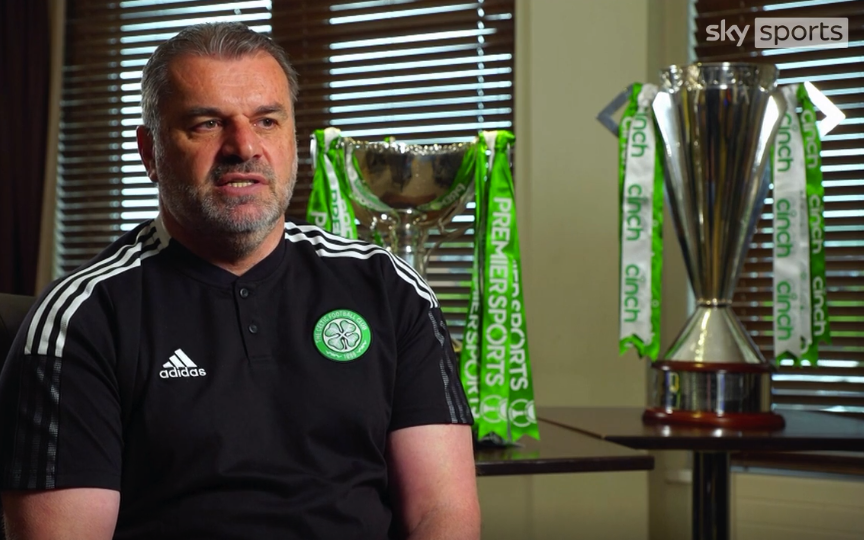 MAN ON A MISSION…Ange Postecoglou is looking to strengthen his squad. Image courtesy Sky Sports.

The wide player, who has made two appearances for the England Under-20 team, is rated in the £2million category and still has two years of his contract at Rovers to run. He netted in his nation’s recent 3-1 win over Germany while earning rave reviews.

Mowbray, who left the club at the end of the season, explained why Dolan had made the breakthrough when he said: “Tyrhys plays in our team because he sets the tone of hard work.

“I don’t think he sits there and thinks he’s Lionel Messi, he runs and runs, closes, chases and gets his rewards. The growth areas for Tyrhys Dolan are his final ball and delivery in the box.

“I pick him almost every week because of the work he puts in and that’s what we demand as the starting point, that everyone has to run, chase, fight, tackle, put your foot in, but as a striker he has to score goals and create chances and he’s doing that.”

The youngster will be given the ideal opportunity to impress Postecoglou in the pre-season friendly in the east end of Glasgow in just under a month’s time.