ANGE POSTECOGLOU acknowledges his urgent need for Celtic to further strengthen his squad in the January transfer window.

During a summer of upheaval, a dozen new faces were brought in while the exodus of talent including skipper Scott Brown, top scorer Odsonne Edouard and internationals Ryan Christie and Kristoffer Ajer.

The requirement for quality recruits was emphasised once again as the team toppled out of its second European competition during the week when Bayer Leverkusen put paid to hopes of advancement in the Europa League with a comeback 3-2 win in the BayArena. 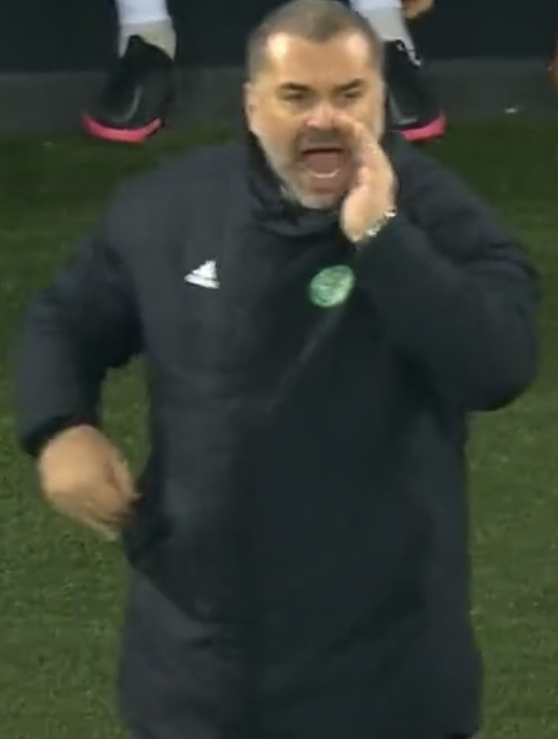 IN WITH A SHOUT…Ange Postecoglou gets his message across at the BayArena.

The Danes of FC Midtjylland had obliterated hopes of Champions League qualification with a 3-2 aggregate victory in July, just one month after Postecoglou’s arrival as the long-term successor to Neil Lennon.

The Parkhead boss has identified targets to sign after the turn of the year and work is already progressing behind the scenes to get deals over the line.

When it was put to the Hoops boss that January is a notoriously tough time to attract genuine quality, Postecoglou teasingly answered: “Maybe…maybe not. Let’s just see.”

Quizzed about the necessity of an injection of new players, the former Aussie international chief said: “There is no doubt. We are still just four or five months into building a team and it was never going to happen in one transfer window.

“We know that we need more depth and players in certain areas that I think can help us to bridge the gap.

“You look at the Leverkusen side and they have quality all the way through. 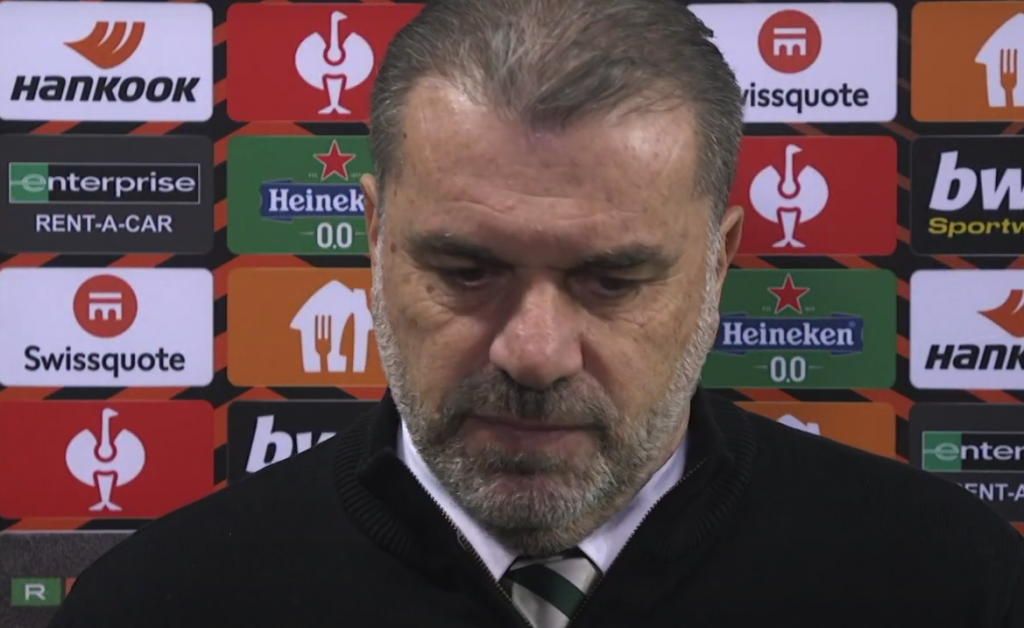 LOOKING DOWN…Ange Postecoglou after the loss in Germany.

“What we want to do is be able to compete at that level and we need to continue to look to improve our squad and add depth so that we can compete in lots of competitions.”

There is obvious frustration at a third defeat in the Europa League Group G while conceding 11 goals in losses to the Bundesliga outfit (0-4 and 2-3) and Real Betis (3-4).

A lack of composure was evident, especially with the team winning 2-1 with eight minutes of regulation time to play. The German club smelled blood and went for it.

Postecoglou, speaking to the Daily Record, added: “I’m not low. I just want us to be a team that competes at this level and I get disappointed when the players and the fans put everything into it and don’t get the rewards.

“I take that to heart, but it just further fuels the fire within me to make sure we get to where I want us to get to.

“We are a team that can compete at that level.”

Celtic now face Real Betis in a meaningless last game in Glasgow a week on Thursday before switching their attention to the Euro Conference League.