ANGE POSTECOGLOU has guaranteed the Celtic fans he is still in overdrive as far as recruitment is concerned.

The Hoops boss savoured the special Parkhead atmosphere as two goals from David Turnbull and a strike from James Forrest eased the team to a 3-0 Europa League qualifying win over Jablonec for a handsome 7-2 aggregate victory.

They now face Dutch side AZ Alkmaar in the play-off final with the first leg due in Glasgow on Wednesday.

Postecoglou was more than satisfied with the performance over the two outings against the Czech Republic outfit, but still wants to add to the five players he has already brought to the club this summer.

The Greek-Australian gaffer has been linked this week with French striker Thomas Henry, Croatian right-back Josip Juranovic and Manchester City’s defender Yan Couto and he still has until the 11pm deadline on August 31 to bring in reinforcements.

Postecoglou admitted: “I would like it, that’s the honest answer and we’ll certainly try. But what I like and what can happen in the reality of that is different. 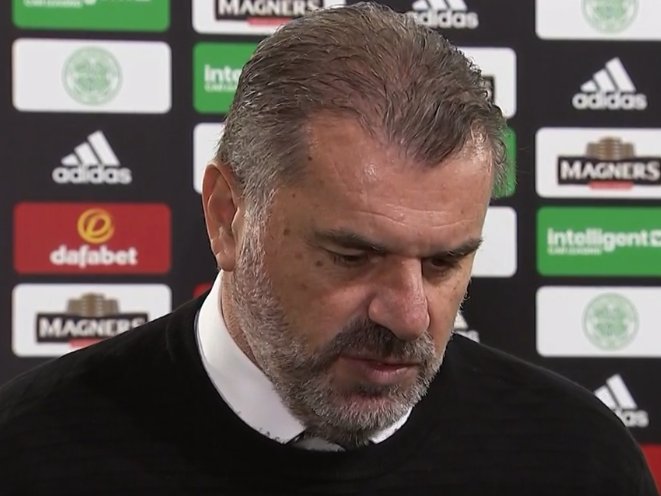 MAN ON A MISSION…Ange Postecoglou explains his transfer decision-making.

“But we’re working awfully hard, I guarantee you. Not a moment goes past, off the field the whole club’s working hard to make sure we can do it.

“But I’ve just got to temper that by saying we’ve done really well with the ones we’ve brought in so far.

“They’ve added something to this football club. I want to resist bringing players in just for the sake of it.”

The Hoops boss, speaking to the Daily Record, added: “Part of the issue is mine, I’m selective with the players I want to bring in. But I’m certainly pushing to get bodies in.

“There’s been plenty of names banded about, but for us it hasn’t been about us having one target.

“We know that in the current climate some things take longer than others and we’ve just got to be really patient and diligent in our work.

“Once players are signed then I’m happy to talk about them, but the speculation in terms of who we may or may not be interested in – if you look at it from when I started – I’d have had a squad of SEVENTY-THREE by now and I don’t have that.”