The new gaffer explained why he activated the 12-month option on the striker’s contract on Thursday just when it looked as though the player was about to end his seven and a half years at Parkhead.

A week ago, in another CQN EXCLUSIVE, Big Yogi, the club’s seventh-highest scorer with 189 goals, insisted Griffiths should be given another chance to prove his qualities, despite collecting a meagre 25 goals in the past three campaigns.

Hughes claimed the former Scotland international hitman still had targets to achieve at the fallen champions.

Last term was a write-off for Griffiths even before a ball was kicked in earnest following his fall-out over fitness issues with ex-boss Neil Lennon that saw him dumped from the travelling squad for the four-game pre-season tour of France. 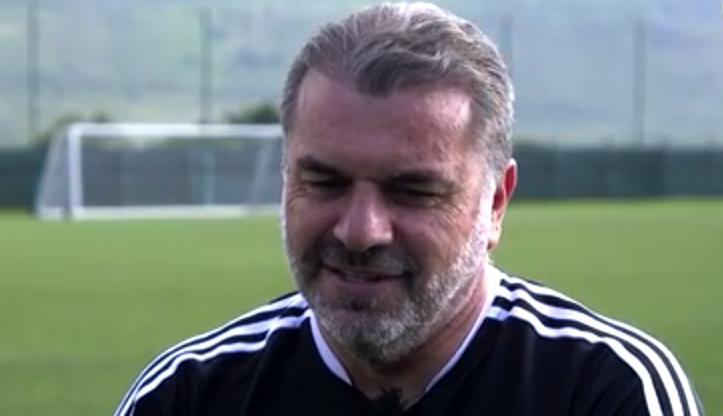 SOMETHING TO PROVE…Ange Postecoglou is looking for a response from Leigh Griffiths.

However, Postecoglou is prepared to give the attacker another chance and said: “I try not to have pre-conceived ideas about anyone.

“Whenever I’ve gone into a new position, I’ll always back myself to make my own assessments and with Leigh I just saw a footballer who I don’t think is old in football terms by any stretch.

“He’s a goalscorer, which we all know is the most difficult position on the field to find players for.”

Postecoglou, speaking to Celtic TV, added: “He knows Celtic, he knows the league and I had a good chat to him.

“I think even he wants to make sure his legacy at this football club is a positive one right up until the end, he probably feels like he has some unfinished business.

“I’m more than happy to give him that opportunity and with the kind of football we play I believe he can score goals.