Celtic Quick News on News Now
You are at:Home»Football Matters»ANTON’S SPOT OF WOE, BUT THAT WAS THEN
By CQN Magazine on 27th May 2017 Football Matters
FORMER Celtic defender Anton Rogan played a key role the last time today’s teams met in the Scottish Cup Final.
And the ex-Northern Ireland left-back wishes he hadn’t taken centre stage. 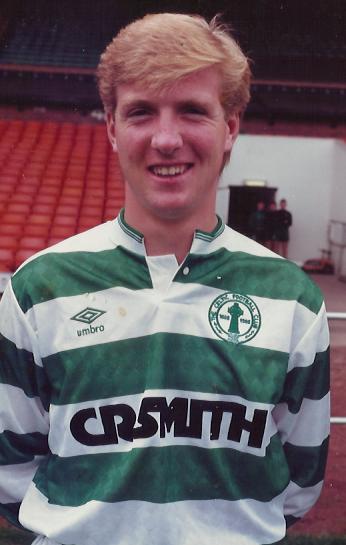 After a scoreless two hours, the confrontation went to penalty-kicks. The shoot-out was locked at 8-8 when Rogan stepped up to take his award.
He struck it low to the keeper’s left, but Theo Snelders dived to push the attempt to safety.
Rogan’s misery was complete when Brian Irvine drove his effort past Pat Bonner and the trophy was heading for Pittodrie.
He recalled: “When I hit the penalty, it looked like it was going in the corner and the Aberdeen keeper made a great stop.
“I spoke to Theo Snelders after the game and he told me that it was one of the best saves he had ever made.

“Scottish Cup Finals didn’t normally go to penalties. I think they had to finish on the day in 1990 because the World Cup was coming up.

“A lot of my friends in Belfast were big Celtic supporters, so I didn’t get away from it for years.

“I was a young lad and I don’t mind admitting it was hard, but a lot of good friends helped me through it.”

Rogan, who was signed by Davie Hay from Distillery in 1986 and spent five years at the club before moving to Sunderland, added: “That’s football. You take the good with the bad and get on with it.

“I played in the 1988 and 1989 Scottish Cup Finals and won them.
“I loved my time at Celtic and still speak to three or four of the lads from the centenary team.
“There was a lot of pressure on us that season, but we handled it really well. We had a combination of youth and experience.
“We had players such as Tommy Burns, Roy Aitken, Paul McStay, Billy Stark and then the younger lads such as Joe Miller, Derek Whyte and Chris Morris, so there was a great mix. 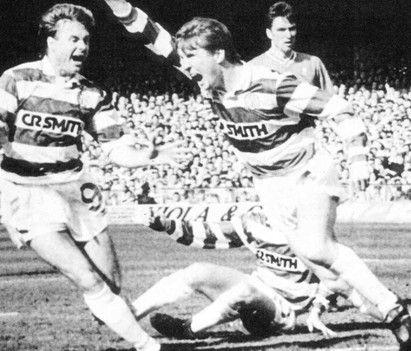 “One moment that was really special for me that season was the win at Ibrox when we beat Rangers 2-1. At 1-1 and late in the game, I headed a ball across the area and it hit Andy Walker’s chest and in for the winner. That was huge.”

Rogan, 52, expects the Hoops to complete the silverware clean sweep this afternoon – and more joy to come the way of countryman Brendan Rodgers, who grew up in Carnlough apparently admiring the qualities of the defender.

He added: “What Brendan has done is brilliant. I’ve never met him, but a lot of people have said to me that I was one of the players he looked up to when he was young.
“If that is true I’m proud of that because when you look at what he is doing for Celtic, everyone is looking up at him now.
“Since he has taken over, it has been rise after rise after rise in every way for the club on and off the pitch.

“They have already won the title and League Cup. It would be fantastic if Celtic won the Scottish Cup, too, and completed the treble.

“What a great achievement that would be for Brendan and the team. I’m just hoping this year’s Final doesn’t go to penalties and Celtic win it in normal time!”