ANGE POSTECOGLOU admitted he identified areas he needs “to improve” following the 3-3 draw with Rapid Vienna at the Allianz Stadium in Austria.

Celtic led three times through goals from Matt O’Riley, David Turnbull and Kyogo Furuhashi, but had to be content with honours even when the home side equalised in the fading moments.

Postecoglou said: “It was a good game and I thought it didn’t feel like a friendly game.

“Both sides were going at it and it’s exactly what you need because sometimes friendly games can be a bit passive, but I thought both teams went for it and it was a good contest. 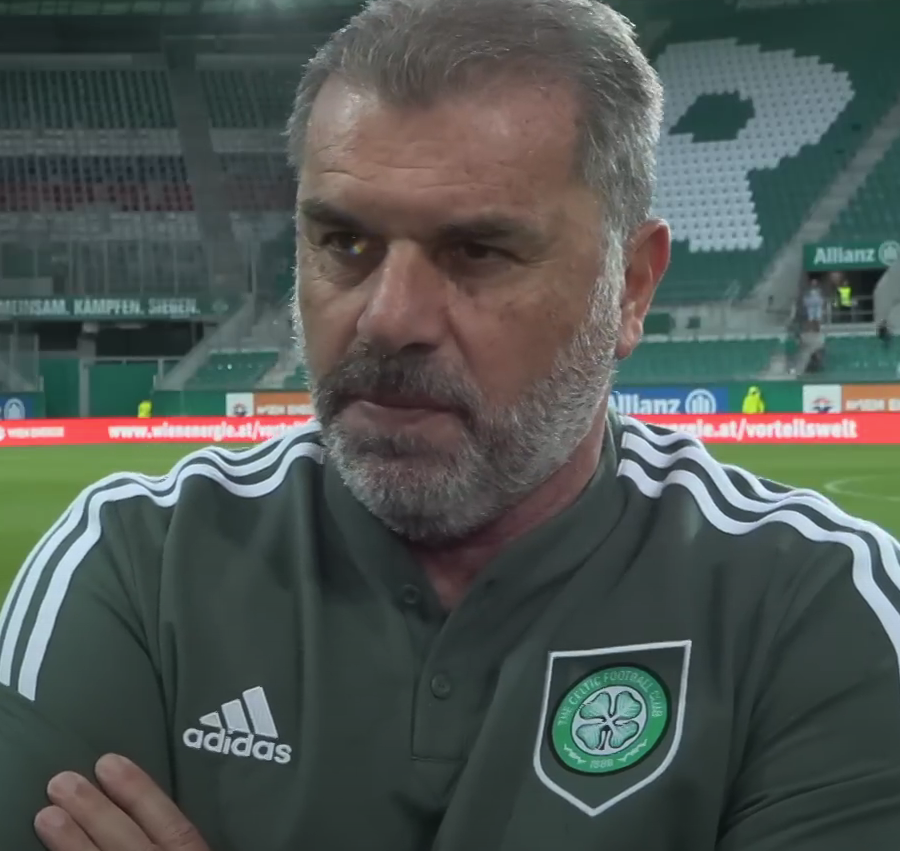 THE CELTIC VIEW…Ange Postecoglou delivers his verdict on the 3-3 draw in Vienna.

“It felt like a real game and whenever you play away from home in Europe it’s a bit of a challenge, so for us, it was a great exercise.

“We did well in some parts and in other areas we will need to improve, but overall the key thing for me is that it was a good contest.”

The Greek-Australian gaffer, speaking to Celtic TV, added: “It’s still early and the international boys have only been with us for a week.

“It was going to be a good challenge against an opposition which is a few weeks ahead of us in terms of preparations.

“But we need to expose the boys to real football and match pressure because we want to make sure we’re ready.

“There were positive moments and some areas to improve, but you only find that out if it’s a good game and that’s the main thing to take away that we found positives and negatives.

“Sometimes these friendly games can be meaningless, but today was a good one and there’s stuff we need to reinforce to improve.”

The Hoops opened the scoring in the ninth minute when Filipe Jota who set up O’Riley to curl in an excellent effort from the edge of the box. 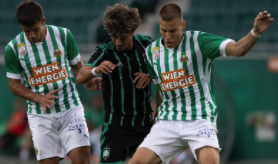 Joe Hart then produced a breathtaking save to deny Nicolas-Gerrit Kuhn who thought he had levelled with an attempt from only six yards. The keeper got down swiftly to push the ball away with his right hand.

However, the home side equalised just before the half-hour mark when Cameron Carter-Vickers was slack with a pass across the box and Ante Bakic pounced to set up Bernhard Zimmerman who couldn’t miss from inside six yards.

Half-time saw a raft of changes for the champions with only Osaze Urhoghide remaining on the pitch for the full 90 minutes.

Ten minutes after the turnaround, David Turnbull, one of the substitutes, put the visitors ahead again after good work from Christipher Jullien and Kyogo.

Seven minutes later the Austrians were level when Bene Kriwak latched onto a rebound from Scott Bain to fire home.

Within moments, Postecoglou’s men restored their advantage when Kyogo accepted a pass from Turnbull before calmly slotting the ball into an exposed area of the net.

The scoring came to an end in the last minute when defender Emanuel Aiwo headed in from a corner.

The Hoops, who beat Wiener Viktoria 7-0 in their opening tour game in midweek, now face Banik Ostrava in their third outing in the Czech Republic on Wednesday.