NEIL LENNON has been told to forget mind games with Steven Gerrard’s players ahead of Sunday’s Glasgow derby at Parkhead.

Celtic meet St Mirren in Paisley on Boxing Day where a win will set up an intriguing showdown with the Ibrox team before the mid-winter break.

The Govan side have a home game against managerless Kilmarnock at the same time the eight-in-a-row champions are taking on Jim Goodwin’s men.

With Lennon and Gerrard favourites to lead their teams to victory, it would set up a crunch encounter at the weekend where the Hoops could go EIGHT points ahead of their main challengers, who would have a game in hand.

Last week, the Parkhead gaffer cranked up the pressure on the Ibrox players when he claimed his side’s win over Hearts would emphasis the stress factor on their city rivals.

However, Joe Aribo, who scored his side’s second goal in the 3-0 Friday night win over 10-man Hibs, insisted the Irishman was wasting his time trying to get inside the heads of his team-mates. 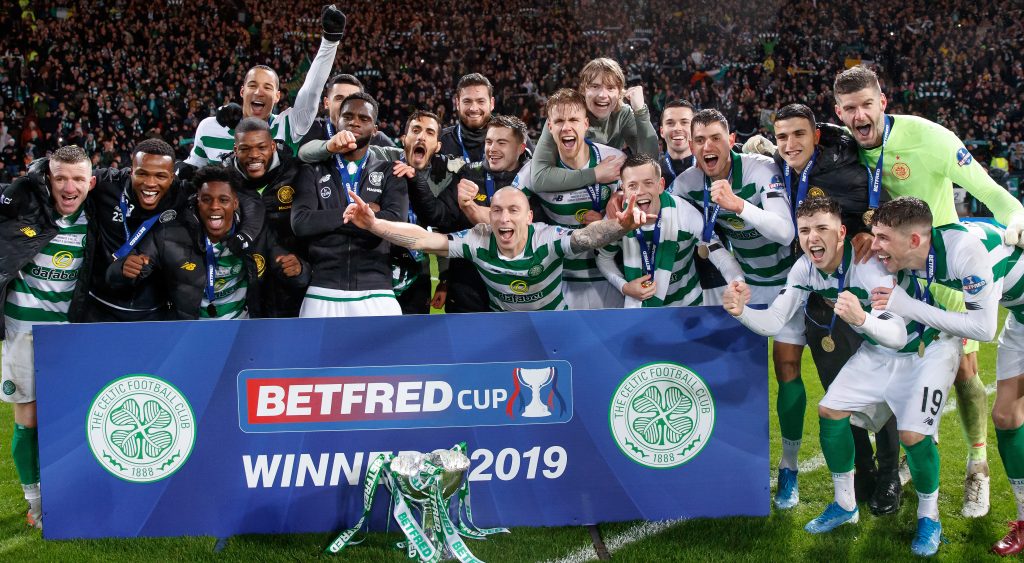 The midfielder says the only words he and his colleagues are listening to at the moment are from boss Gerrard and his coaching staff, urging them to continue their pursuit of Scotland’s title kings.

Asked if their mentality is too strong to allow anyone else in, Aribo, speaking to the Daily Record, said: “I would say so, yeah. We don’t need to look at what anyone else is saying because they’re not on the pitch.

“We are not really watching them too much. We just know we have to win every single game. If we’re doing that, then we’re doing the right thing. We don’t really have to look at what’s going on over there.

“I have the same pressure going into every game, knowing we have to win. Nothing really changes.

“We know we have to win regardless, so I wouldn’t say there is any added pressure. People are going to say things and try to get into our heads. We just have to stay focused.”

This will be the third time this season the Hoops have faced Gerrard’s club who have yet to score a goal. Goals from Odsonne Edouard and Jonny Hayes won the opening Premiership tussle in Govan in September while Christopher Jullien got the winner in the Betfred League Cup Final at the start of this month.