Celtic Quick News on News Now
You are at:Home»Latest News»ARMSTRONG DUMBSTRUCK WHEN ROGIC STRUCK
By CQN Magazine on 30th May 2017 Latest News
STUART ARMSTRONG revealed he was left speechless by Celtic’s dramatic winning finale to the champions’ extraordinary season.The 25-year-old Scotland midfielder has enjoyed a fabulous campaign under the guidance of Brendan Rodgers.
He levelled the scores in the Scottish Cup Final after Jonny Hayes had put Aberdeen ahead before Tom Rogic’s wonderful solo goal in stoppage time. 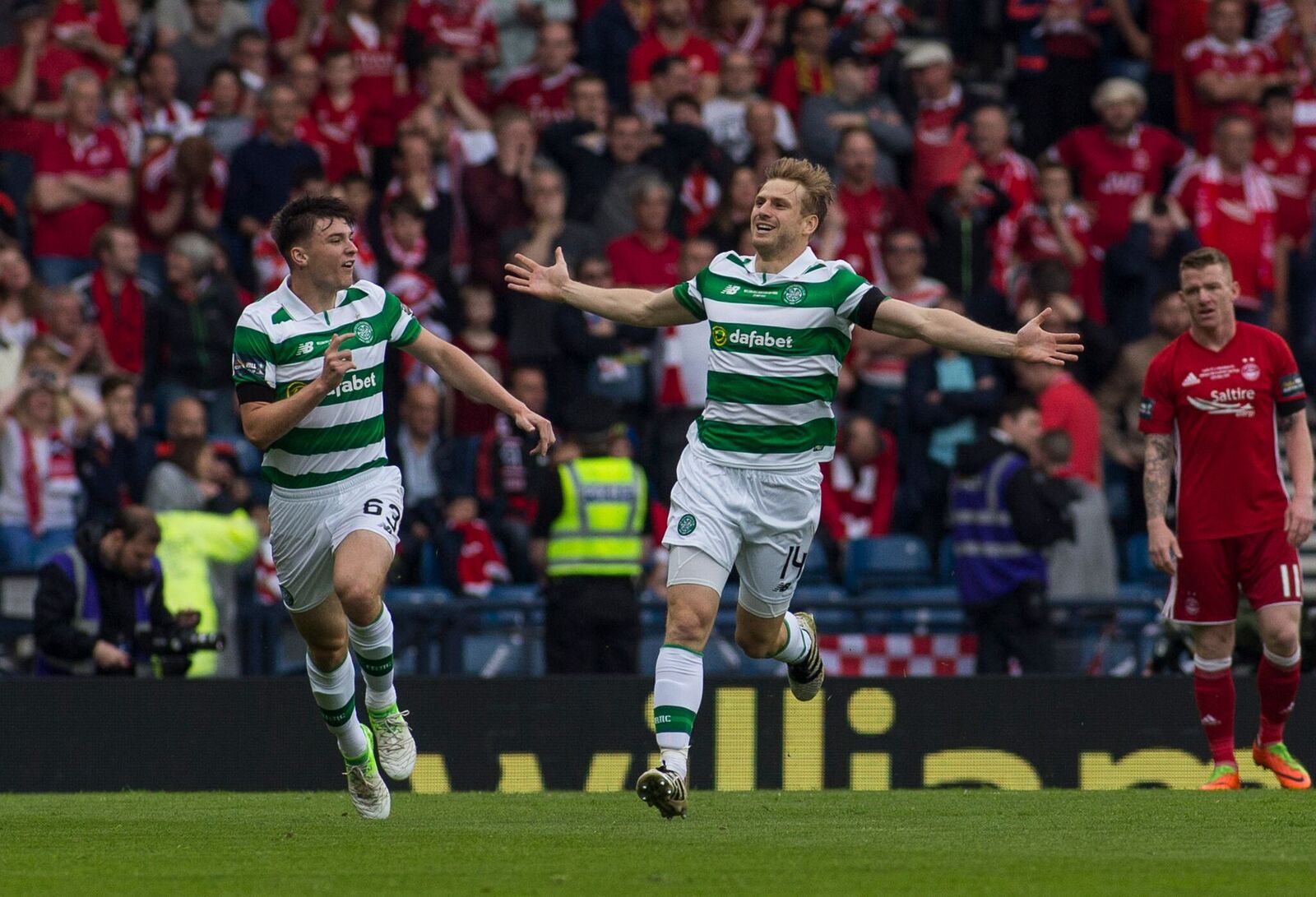 Armstrong said: “To get a last-minute winner was incredible and I can’t describe the feeling to win the treble and be invincible.

“We always had belief and you could see in the second-half that we grew in confidence in our passing, we created chances and as the game went on I thought we were going to get a clear-cut chance.

“And Tom has done magnificent for the goal and we got what we deserved in the end.

“Maybe when you get chances in big games and don’t take them, it might not be your day.

“However, we kept going and we’ll just have to let it sink in that we’ve managed to win the treble.”