STUART ARMSTRONG has hailed the influence of James Forrest after the winger’s dazzling performance in the 2-0 Betfred League Cup success over Motherwell.

The Celtic winger scored the crucial barrier-breaking goal shortly after the turnaround and Moussa Dembele put the tie beyond the Fir Park outfit with a penalty-kick.

The midfielder reckons the Scotland international deserves to be regarded as one of the big-game players at the champions.

Armstrong said: “You can see the quality James has and what he brings to us. 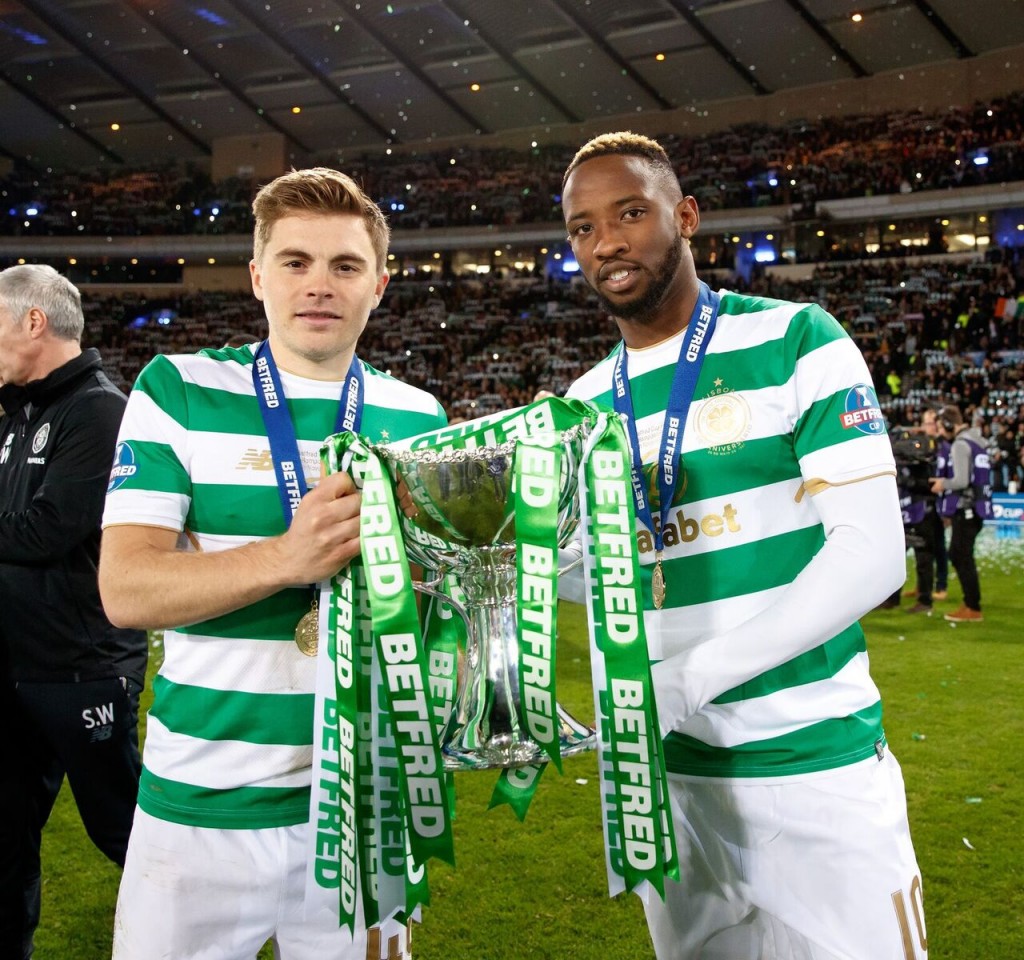 “It was an excellent finish and he has that capability. He is a player who has great composure on the ball. He has shown that in big games already this season.

“It was a tough game for us in that opening half. There wasn’t too much space and James’ goal was so important.

“I think that is what we have – big players here who step up in the big games and I think we have all seen that James is one of them this season with some of the performances that he has put in.

“Moussa is the same. You can forget that he is still a very young player because of his temperaments.

“He is very calm under any kind of pressure and that second goal was so important for us. It was a big moment.

“He kept his nerve to take the penalty and I think it is the sign of big players that they have that composure about them.”