Celtic Quick News on News Now
You are at:Home»Latest News»ARZANI’S ROCK AND ROLE AT HOOPS
By CQN Magazine on 18th August 2018 Latest News

DANIEL ARAZANI is hoping to display the ball skills he honed on the streets of Iran during his two-year loan spell at Celtic.

The 19-year-old Australian World Cup winger arrived at the champions yesterday on his extended transfer from Manchester City following his summer move from Melbourne City.

For the first six years of his life, Arzani played on the crumbling roads of the small Iranian city of Dorud. Having moved to Australia, he returned to Iran aged 10 with his family for a year before moving Down Under again.

Arzani recalled: “A football was non-existent. Nobody had a football. They’re very rare there.

“We had these small, plastic balloons which were very light, so we would burst them and then layer seven or eight of them together and wrap them in electric tape.

“It killed your feet because they were like rocks.

“I learned the game by playing street football in Iran. I have fond memories of that.

“We would have our breakfast then go straight out to play. We would put bricks down for goalposts and then move them whenever a car came.

“It improved my touch and toughened me up because there were some big boys in those games and nobody was bothered about hurting you. But that made me the player I am today.” 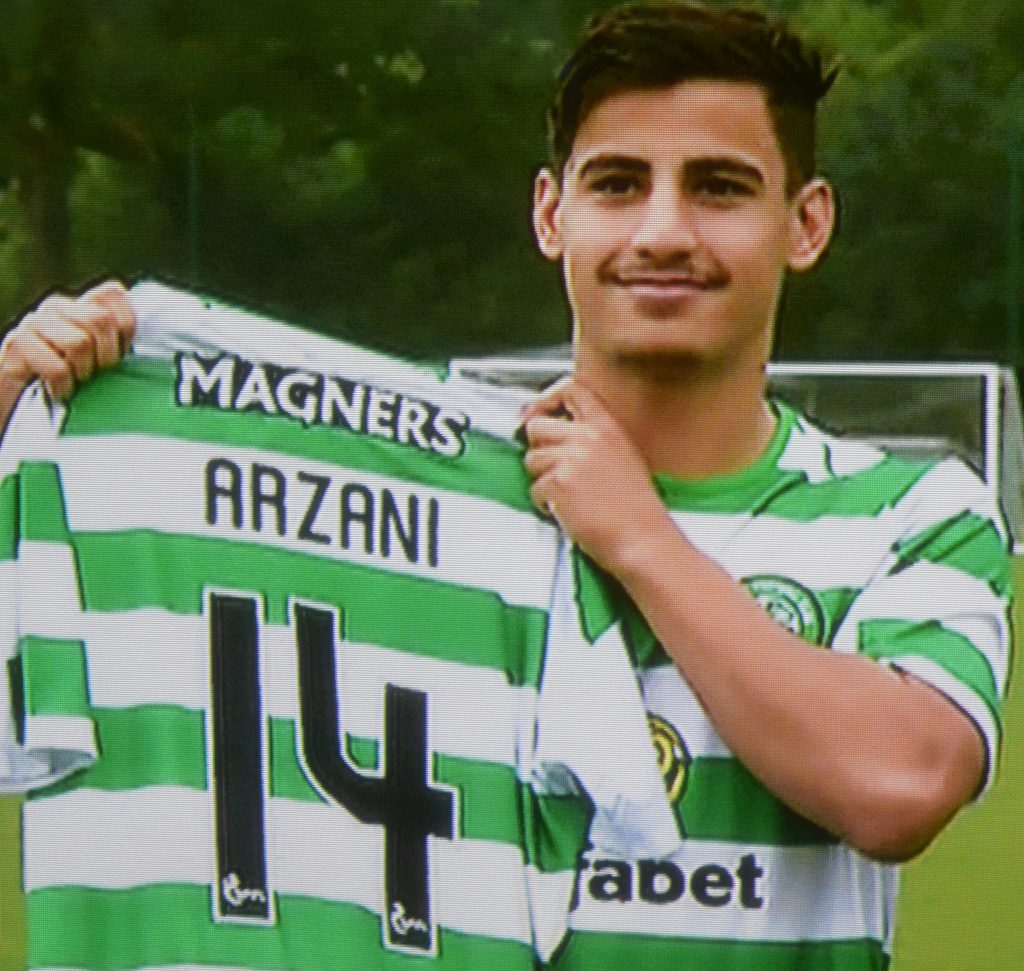 At 19 years and 163 days old, Arzani’s appearance from the subs’ bench against the French in the World Cup Finals in Russia made him not only the youngest player in the 32 competing nations but Australia’s youngest-ever at that level.

He said: “It was an insane experience and quite surreal. Everything happened for me so quickly in the last six or seven months and it was hard to digest it all.

“But that was probably quite good for me because I just took everything in my stride.”

Arzani is looking forward to action with Brendan Rodgers’ men and also teaming up with fellow-Aussie Tom Rogic.

He added: “Tom and I spoke about the club a lot during the World Cup and I said: ‘I’m coming to play for Celtic!’ But I was just taking the piss because I had no idea this was in the pipeline.

“Tom’s a close friend of mine, so the first thing I did was get on the phone to him and he had nothing but good things to say about the club.

“He pointed out that, if it wasn’t a great place to be, he wouldn’t have signed his new deal and that was good enough for me.”

* DON’T miss all the action from today’s big game at Firhill with the best match report and pictures in your champion CQN.