FORMER Celtic striker Anthony Stokes is on the look-out for his FIFTH club since January last year.

The 31-year-old Republic of Ireland international frontman has just had his deal scrapped by Turkish side Adana Demirspor.

A statement from the club read: “The contract of our player Anthony Stokes was terminated following a report from the technical committee and a decision from the board of directors.”
Stokes, who has featured for Apollon Smyrnis in Greece and Iranian side Tractor Sazi since leaving Hibs in January 2018, netted in a 3-2 defeat at home to Eskisehirspor earlier this month, despite only spending a minute on the park after coming on as a second-half substitute.

Stokes, who fired a double in the Easter Road club’s 2016 Scottish Cup Final win over Mark Warburton’s Ibrox side, only played the full 90 minutes twice for the Turkish side, in a 2-1 defeat away to Hatayspor and a 1-1 draw at home to Karagümrük. 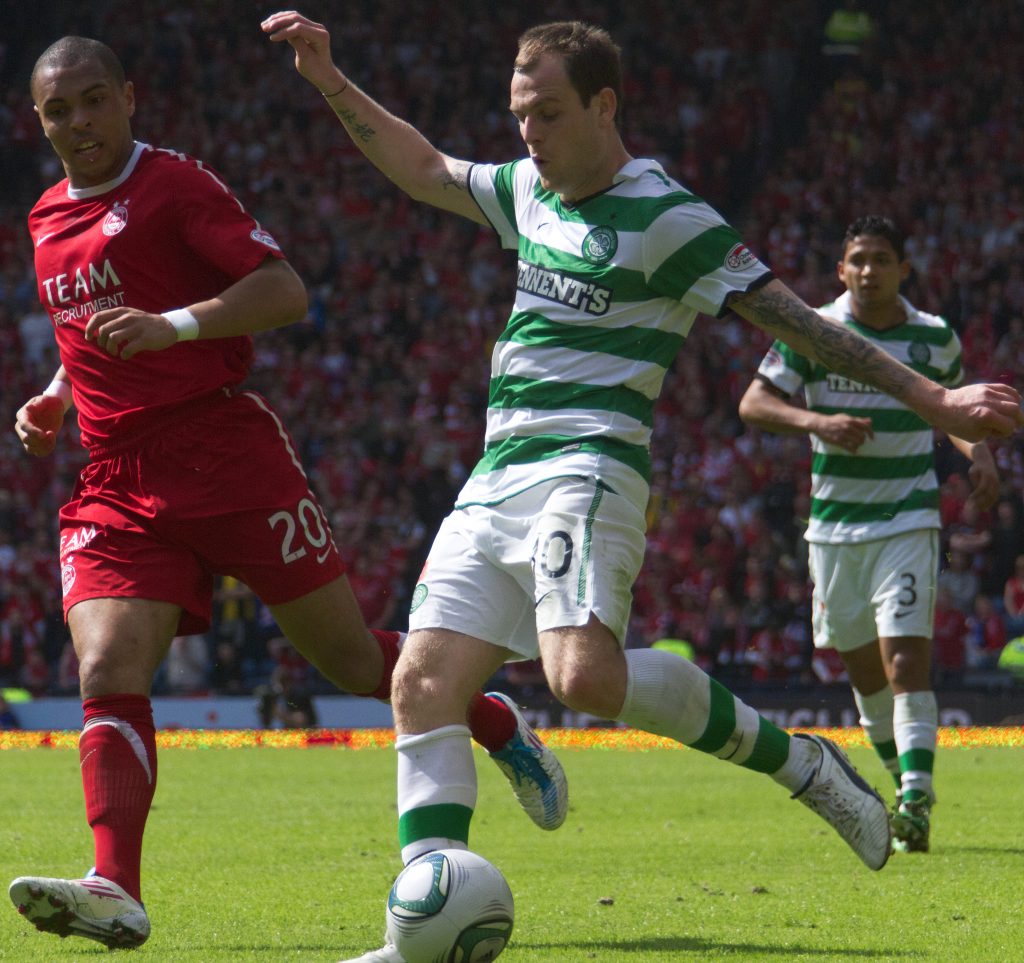 FORMER BHOY…Anthony Stokes in action during his six years at Celtic.

His six appearances for the Adana-based club followed 13 goals in 24 appearances for Tractor – including four in a 6-0 win over Esteghlal Khuzestan – and a brief stint at Smyrnis in Greece, where Stokes turned out a mere four times.

The Dubliner began his career at Shelbourne in Ireland, before joining Arsenal’s youth system in 2003. He moved to Falkirk on loan in 2006, hitting 16 goals in 18 games. His form secured him a permanent switch to long-time admirers Sunderland, but he struck just five goals in 38 games for the Wearsiders and spent time on loan at Sheffield United and Crystal Palace.

Stokes then joined Hibs, reuniting with former Falkirk boss John Hughes at Easter Road. His 24 goals in 48 games earned him a £1million move to Celtic, where he spent six seasons.

He returned to the Leith outfit, initially on loan in January 2015, before joining Blackburn Rovers on a permanent deal in the summer of 2016. Twelve months later he was back at Neil Lennon’s Hibs, but lasted just 21 games before departing the club at the start of last year.