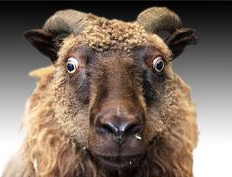 A few months after that win over Barcelona and being eliminated in the knock-out stages of the Champions League by Juventus, Neil Lennon took his Celtic team to Astana, where Shakhter Karagandy elected to play their home tie in the 2013 qualifiers, while sacrificing a sheep for good fortune on the pitch a day earlier.

We lost 2-0 before performing an heroic rescue a week later to snatch victory in stoppage time, but some of the detail from the defeat in Kazakhstan has been lost.

In the opening stages at the Astana Arena we looked miles ahead before Shakhter scored a 12th minute opener. We continued to dominate possession – 61% overall – but failed to put the ball in the net, before conceding a late second, which must have delighted and surprised the Kazaks in equal measure.

A 2-0 loss away in Europe is a bad result, but the nature of the game gave plenty of room for encouragement. We were clearly a better team, but didn’t have our act together, especially in defence.

This game was the one and only start for that urban legend, Steven Mouyokolo, who partnered Charlie Mulgrew in central defence to give new guy, Virgil van Dijk, his second start, making a very unaccustomed appearance at full back. What did we expect? It wasn’t a surprise that we did enough in the return leg with a more conventional look at the back (Mouyokolo and van Dijk were both dropped).

Astana have several things in their favour. They are fully fit, 21 games into their league season, and 10 points ahead, so they’ve had the luxury of resting players as the qualifiers approached. Shakhter Karagandy have also agreed to postpone their scheduled game on Saturday, so Astana won’t play until they face Celtic next week. By contrast, Brendan Rodgers still needs game-time to work his players up to full fitness.

Last season Astana reached the Champions League group stage, eliminating Maribor (cough), HJK Helsinki and APOEL Nicosia along the way. Their group performances against Atletico, Benfica and Galatasaray were more than credible – two defeats and four draws, achieved by defending in numbers across all six games.

Listen carefully to the confidence the Shakhter manager who faced us three years ago has in his fellow Kazaks. Astana will be buoyed by last season’s achievements and will have watched the debacle in Gibraltar. They think they are the stronger team and, unlike their group stage games last season, will attack Celtic at home.

The last time they attacked at home in Europe was a year ago against HJK Helsinki, who scored three on the counter-attack but conceded four. There will be space to exploit on that bumpy plastic surface in central Asia. Defend, forget faux comforts like 61% possession, and have Leigh, Patrick, James and Callum hit them on the break.