SCOTT BAIN leapt to the defence of his Celtic team-mates after they came in for criticism following the scoreless stalemate against Hibs at Easter Road yesterday.

The Scotland international keeper made a couple of excellent saves as he registered his 20th clean sheet in 26 appearances this season.

However, the Hoops could not get the goal that would have set up a prospective title party against Kilmarnock at Parkhead on Saturday.

Remarkably, it was the champions’ THIRD goalless draw in seven Premiership games following 0-0 encounters against Aberdeen and Livingston in the east end of Glasgow.

The players have been criticised in some quarters for not rampaging to their eighth successive crown with all guns blazing, but Bain, who has played every top-flight game since taking over from the experienced Craig Gordon at the turn of the year, is not concerned about how the championship is achieved.

The in-form No.1, speaking to the Daily Record, admitted: “I honestly don’t care how we finish – as long as we finish as champions. 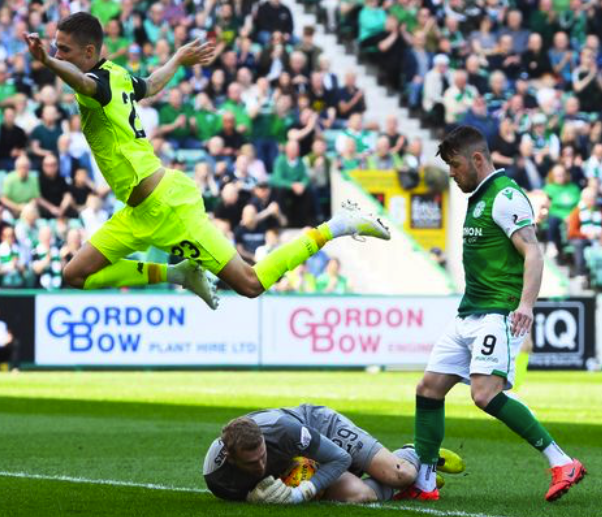 “It’s not really difficult mentally when there are people who think it’s already over. You can see from our form since the turn of the year we go into every game like a Final.

“We wanted to win against Hibs and it was frustrating that we didn’t. But we had chances to get the points, so it wasn’t really a bad performance.

“We created a number of good chances at the end, but credit goes to Hibs keeper Ofir Marciano for a big save in the dying moments.

“We controlled the game in the second-half. So, for me, it was a matter of concentration.

“I thought one of those chances was going to come  off for us, but, unluckily, it  never happened.”

Bain, 27, remarked: “The clean sheets is an impressive record to look at, but credit goes to the whole team for that.

“From the back four to the way we defend from the front, it’s been exceptional.

“We limit teams to very few chances and opportunities and if I have to make one save, then I do. But credit needs to go to the team for that stat.”

The shotstopper reflected on the action against fired-up opponents and added: “It was a difficult game against Hibs – we are playing a good side on a very hot day.

“I still think we showed  the intensity in the final third at times. Other times? I don’t know.

“When we played to our standard, we cut through  them and we created a number of chances.”