SCOTT BAIN will play at Dens Park for the first time this afternoon since his bust-up with former Dundee boss Neil McCann.

The Celtic keeper has seen a remarkable turnaround in his fortunes since quitting the Tayside outfit following a behind-the-scenes disagreement with the ex-Ibrox player 14 months ago.

Bain agreed a January loan switch to Hibs, where Neil Lennon, was manager, but moved again to the Hoops without playing for the Edinburgh outfit.

He was part of an arrangement that saw midfielder Scott Allan rejoin Lennon at Easter Road for the remainder of the season with the shotstopper taking over from Dorus de Vries as back-up to Craig Gordon at the champions.

Bain reflected on the move that changed his career at club and country level with the 27-year-old poised to make his Scotland international debut in the Euro 2020 qualifier against Kazakhstan on Thursday with another tie due in San Marino three days later.

The goalie, speaking in the Sunday Mail, said: “It was such a short time. I always felt that, come the January, I would get a move somewhere and go on from there.

“You don’t expect it to go as well as it has and to come to Celtic and be playing at this moment. 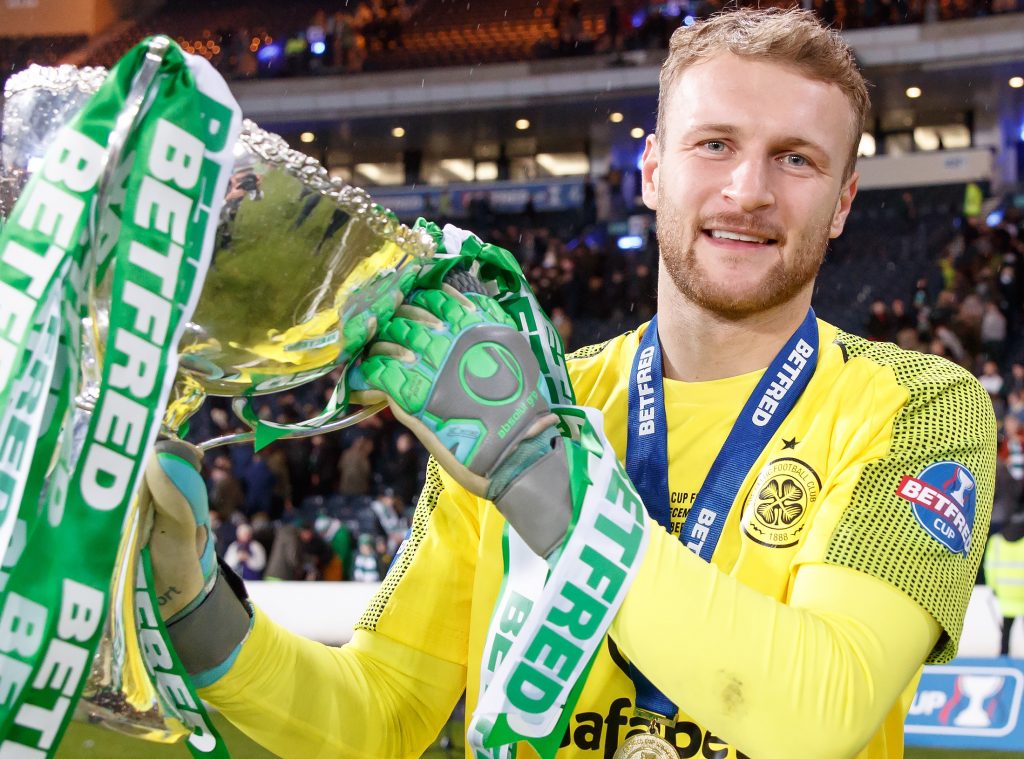 “I can never say I expected this, but I expected to get out and play because I knew I had the qualities and ability that a team would want to take.

“There’s still a few boys that were at Dundee when I was there.

“Most of the boys I played with have moved on to different clubs. I’m just treating it like any other game.

“I made my debut at Ibrox and really enjoyed the Betfred Cup Final against Aberdeen.

“Since coming in, every game has been massive for us and that will continue to be the case until the end of the season.”

Bain also believes the Celtic connection will help Alex McLeish’s side on their European travels with six Hoops players – including on-loan Sunderland winger Lewis Morgan – in the squad for the two upcoming confrontations.

He added: “There is a definite understanding between the players and you will have seen it in the last couple of games with Scotland.

“It helps the team. Everyone was on the same page and I hope that can be the same when we go away for these games.”

*DON’T miss the unbeatable match report and best action images from Dundee v Celtic this afternoon – only in your champion CQN.