THE headline in a CQN article last month read: BAIN OR BARKAS? LENNY’S No.1 DILEMMA.

It followed the weekend 4-1 Premiership win over Motherwell at Fir Park on November 8 where a neat hat-trick from Mohamed Elyounoussi took the headlines to eclipse the fact the champions had conceded their FIFTEENTH goal in seven games.

We flagged up concerns over Scott Bain’s positioning when Declan Gallagher got on the end of a 40-yard diagonal free-kick to head home to cut the Hoops’ advantage to one with 18 minutes still to play. Thankfully, Elyounoussi and substitute Olivier Ntcham made certain three precious points were heading back to the east end of Glasgow.

Since the loss of that goal, Neil Lennon has witnessed his defence concede TWELVE goals in four winless games against Hibs (2-2), Sparta Prague (1-4), Ross County (0-2) and AC Milan (2-4).

It makes grim reading and we can only repeat that the Celtic manager has a genuine problem to solve – or else bring in a new netminder in next month’s transfer window. Before it is too late.

Vasilis Barkas, the club’s most expensive keeper in history after his £4.5million arrival from AEK Athens in the summer, was the man in charge in the San Siro last night and he looked nervy – as CQN pointed out in the match report – and his lack of reflexes, anticipation and positioning gifted the Serie A side a way back into the game when he stood motionless at a long-range free-kick.

The visitors were leading 2-0 through strikes from Tom Rogic and Odsonne Edouard when Ryan Christie recklessly and needlessly gave away a foul 25 yards out.

Barkas, who had just returned to the team and had put in another less-than-convincing show in the Betfred League Cup exit against the Highlanders four days earlier, lined up his defensive wall.

As the kick was about to be taken he inexplicably took a step to his right as deadball specialist Hakan Calhanoglu struck the ball. Barkas stood transfixed and rooted to the spot as the ball sailed towards its target.

It was desperately bad goalkeeping from the 26-year-old who is no longer the Greece international No.1. 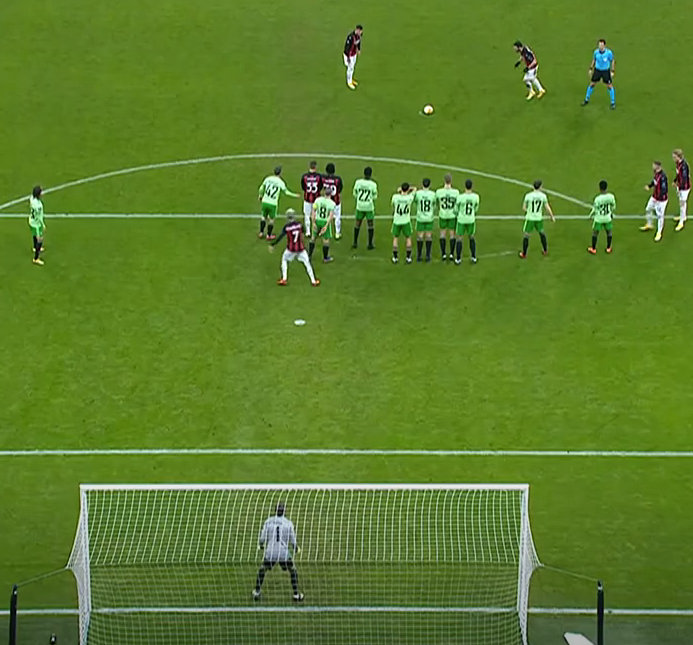 STAND ALONE…Vasilis Barkas is set as Hakan Calhanoglu prepares to take the free-kick. 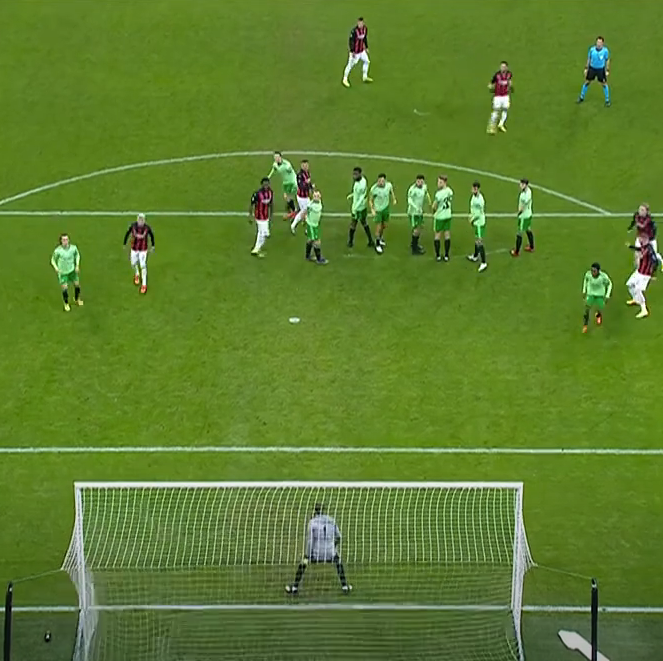 WATCH ALONE…Vasilis Barkas is motionless as the ball zeroes in on its target. 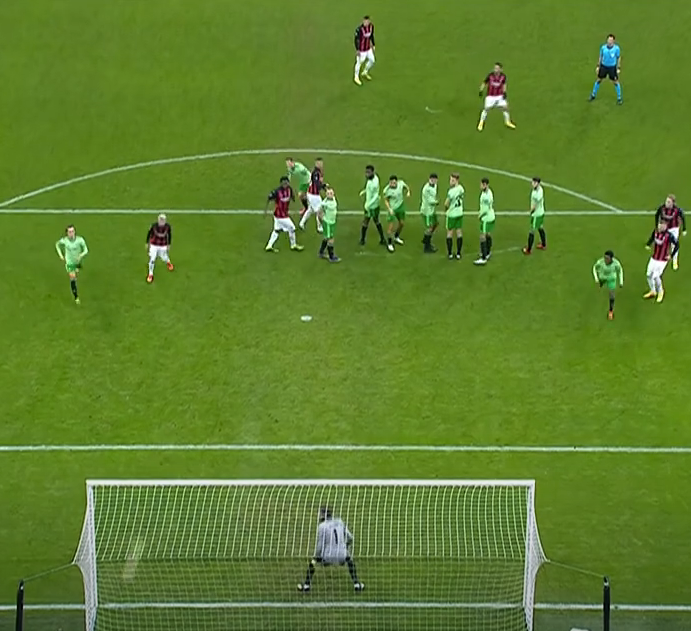 ALL ALONE…the Celtic keeper gets a good view as the ball heads for the net.

We are not here to point fingers at so-called culprits, but as Chris Sutton asked: “Correct me if I am wrong, but has he made a save of note since he arrived?”.

Not one comes to mind. Bain has been just as unimpressive, although, to be fair, he did save a penalty-kick in the 2-2 draw with Lille in France and also pushed away Kevin Nisbet’s spot-kick before Hibs’ follow-up opening goal in the 2-2 stalemate at Easter Road.

Overall, though, there is not much between the goalkeepers – and that goes for their distribution, too, which is often questionable.

Asked which goalie he would prefer in charge at Celtic between Barkas and Bain, Sutton, co-commentating for BT Sport on last night’s game, answered curtly: “Neither!”

Between them, the custodians have shipped TWENTY-SEVEN goals in the last 11 games.

Celtic, with Craig Gordon starting the season before Fraser Forster arrived on loan from Southampton in late August, lost only NINETEEN goals in their 30-game league programme.

After 13 league outings this time around, the keepers have fetched the ball from the back of their net on THIRTEEN occasions.

On December 20, Celtic can make history by beating Hearts in the delayed Scottish Cup Final at Hampden where they can seal the phenomenal quadruple treble.

Either Vasilis Barkas or Scott Bain will be in goal for the holders. Craig Gordon will be the netminder for the Tynecastle team.