VASILIS BARKAS is so far out of the Celtic first team picture he wasn’t even among the three keepers who went through a warm-up routine at Dens Park on Sunday.

The £5million netminder was nowhere to be seen as CQN‘s ace lensmen captured Joe Hart, Scott Bain and Conor Hazard going through a series of loosening-up sessions before the 4-2 victory over Dundee.

Puzzingly, Barkas was listed in the original travelling pool of players, but was a no-show on Tayside. There was no information on the Greek sustaining an injury on the countdown to the game.

Barkas, the most expensive shotstopper in Hoops history after Neil Lennon shelled out the record fee to AEK Athens last summer, also missed out on a place on the substitutes’ bench when Ange Postecoglou named his stripped squad for last week’s 3-2 Europa League Group G victory over Ferencvaros in Budapest. 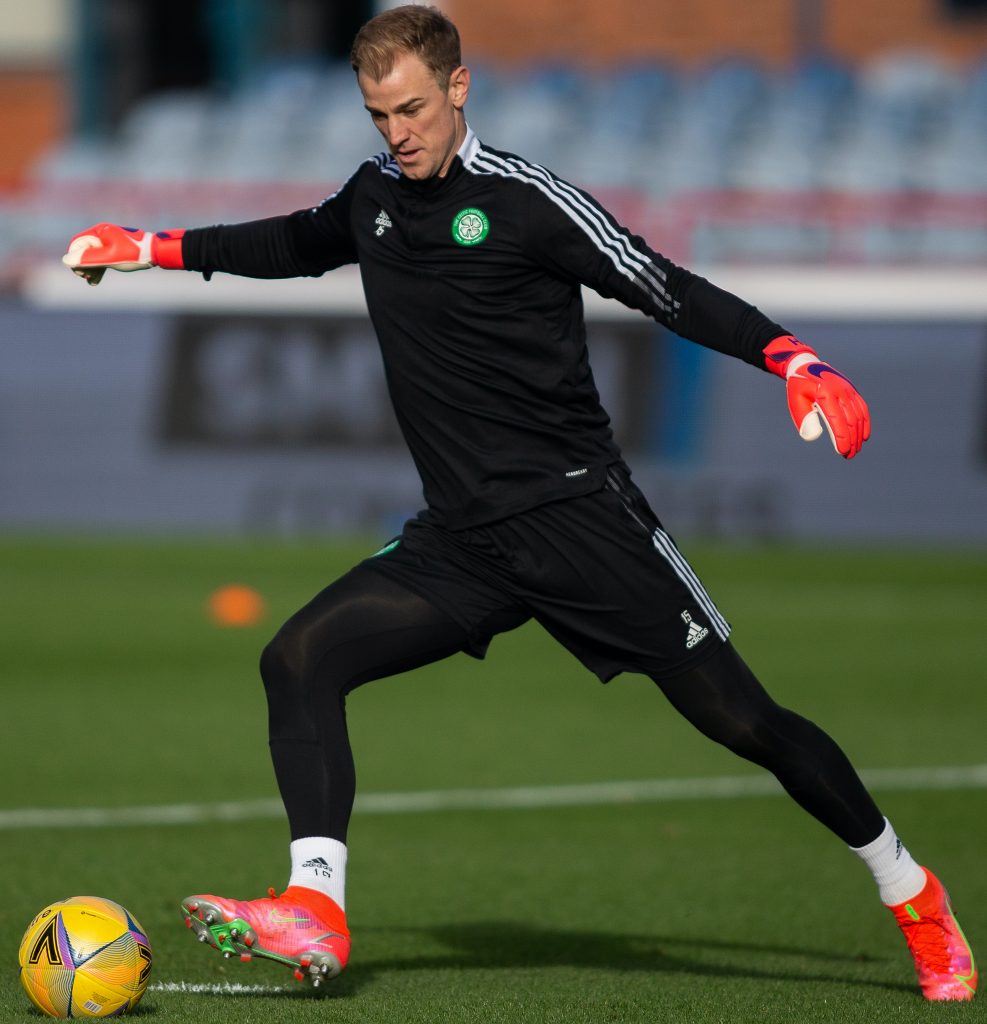 ONE…Joe Hart warms up before the match at Dens Park. 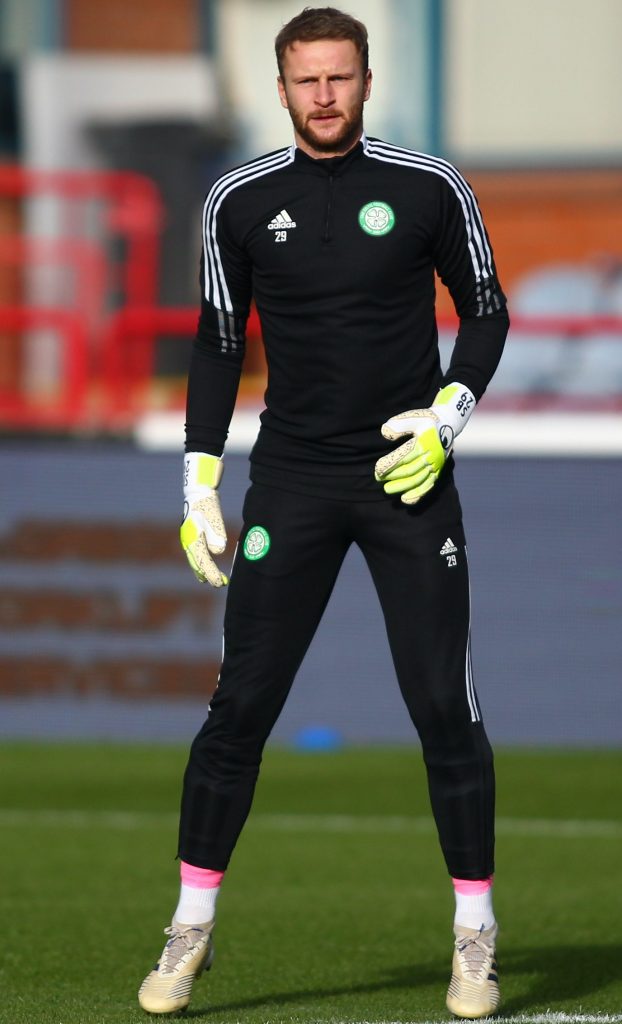 TWO…Scott Bain keeps sharp before taking his place on the substitutes’ bench. 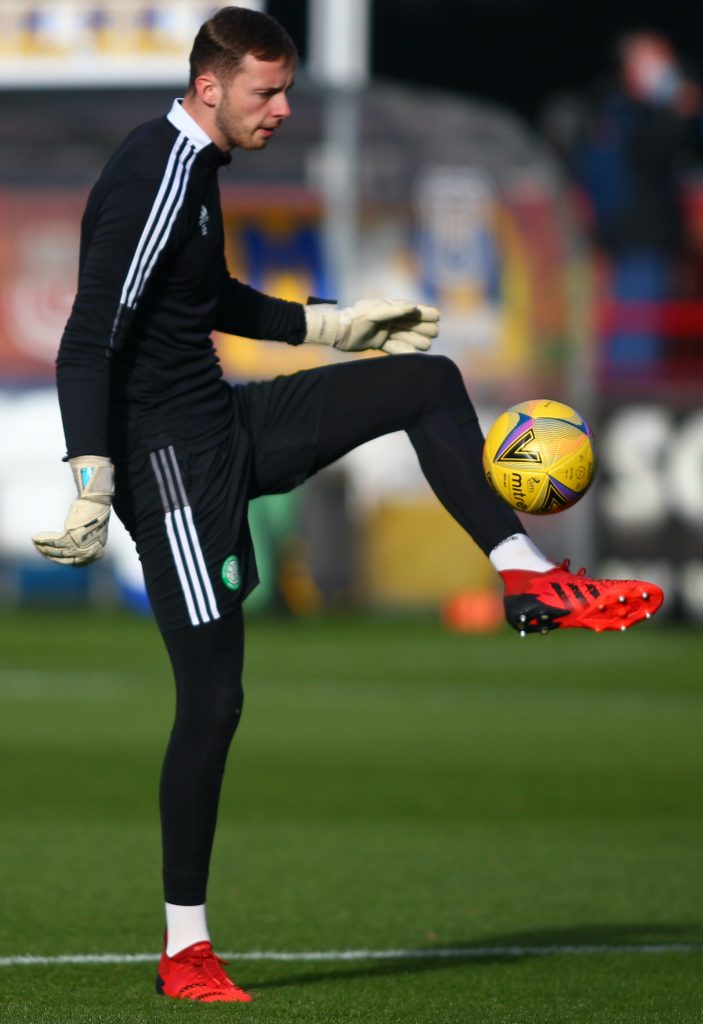 THREE…Conor Hazard goes through a routine before watching the Hoops’ 4-2 win at Dens Park.

English teenager Tobi Oluwayemi, who arrived from Spurs Academy in February 2019 and agreed a two-year extension in the summer, was named alongside Bain for the game in a surprise inclusion from the manager.

Barkas started the season as the Greek-Australian’s No.1 in his debut competitive game, the Champions League qualifier against FC Midtjylland.

New Bhoy Liel Abada made the perfect first impression by thumping the Hoops ahead, but a howler from the goalkeeper allowed the Danes back into the tie.

Barkas, who endured a torrid first season as a Celt, completely misjudged a free-kick from Brazilian Evander in the 66th minute which contributed massively to the team going out of Europe’s elite competition.

GREEK TRAGEDY…Vasilis Barkas misjudges a free-kick from Evander to present FC Midtjylland an equaliser in the 1-1 draw at Parkhead.

Postecoglou axed the Greek fall guy for the return where Bain took over the gloves in the 2-1 extra-time defeat.

The former Scotland international shotstopper remained in position for the 2-1 last-gasp loss to Hearts at Tynecastle in the Premiership opener on July 31.

Thirty-four-year-old Hart, capped 75 times by England, arrived in a £1million three-year switch from Spurs, made his debut two days later on August 5 in the 4-2 win over FK Jablonec in the Europa League qualifer in the Czech Republic and has been first choice ever since.

The ex-Manchester City star made his 22nd consecutive appearance against the Tayside outfit at the weekend.

It’s abundantly clear Barkas, who is under contract until June 2024, has no future at Parkhead and the best solution for all parties would be a move, permanent or temporary, in the January transfer window.