CELTIC’S £4.5million misfit Vasilis Barkas could yet leave Parkhead before the end of next month.

Swedish giants IFK Gothenburg have revealed they are looking for a new keeper and they could revive their interest in the in the former Greek international.

Barkas is third in the pecking order at the Hoops behind Joe Hart and Scott Bain, despite being the most expensive shotstopper in the club’s history after his arrival from AEK Athens in August 2020.

He has made only two first-team appearances this season after his howler in Ange Postecoglou’s first competitive game as manager, the 1-1 Champions League qualifer against FC Midtjylland in Glasgow in July. 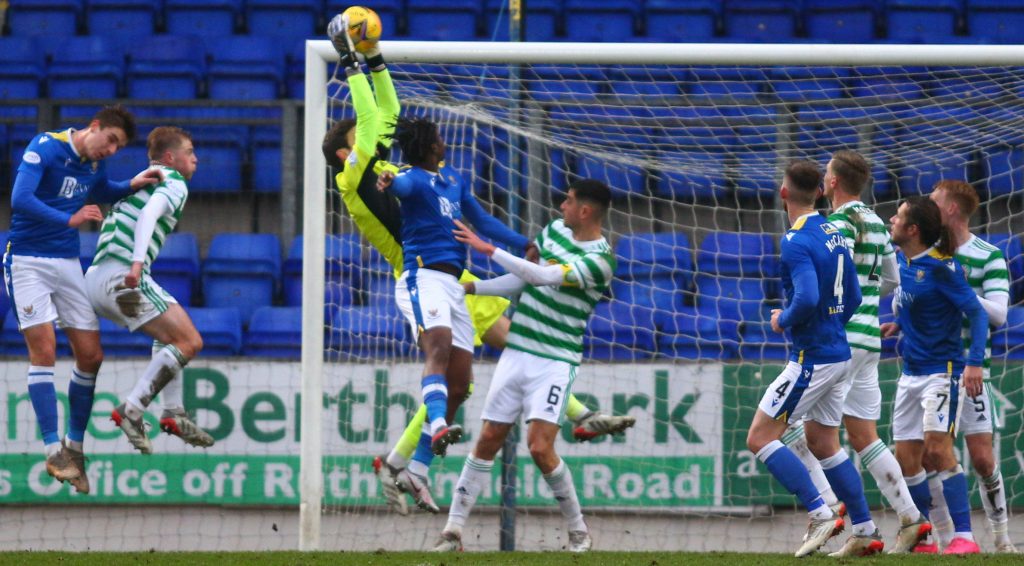 THE HIGH JUMP…Vasilis Barkas takes to the air to foil St Johnstone in Celtic’s 3-1 win on Boxing Day.

Barkas was brought back for the 3-1 win over St Johnstone at McDiarmid Park on Boxing Day with Hart and Bain unavailable.

He could be thrown a lifeline by IFK after they sold his fellow-Greek Giannis Anestis to homeland club Panetolikos and then saw the collapse of a proposed move for FC Copenhagen’s Sten Grytebust.

They have been linked with Barkas recently and the Swedish transfer window remains open for business until March 31.

IFK sports director Pontus Farnerud insisted a new last line of defence could be with the squad for their pre-season training camp in Marbella.

The club supremo, in a report in the Daily Record, admitted: “We want to bring in a goalkeeper – and we WILL do that. We are close, but I do not want to say who it is.

“We want a more experienced goalkeeper. We have looked at many and have been careful in the process and have high ambitions to find the right keeper with as much quality as possible.”

Barkas, 27, who is under contract at Celtic until June 2024 and is reportedly earning £20,000-per-week, was wanted on a loan deal with Sheffield United before the close of the UK window, but the clubs could not agree the financial package.