MORITZ BAUER believes he has the ideal solutions to overcoming controversial moments such as the pair of incidents that saw Celtic denied two penalty-kicks in the 1-1 draw with Hibs at Easter Road yesterday.

The classy Austrian right-back, who set up the the equaliser for Ryan Christie, insisted the Hoops have to be “more clinical and score more goals to wipe these discussions out of the way”.

Bauer, who is on loan from Stoke City for the remainder of the season, was involved in one of the spot-kick situations when he was wiped out by Daryl Horgan.

That flashpoint came shortly after Christie had been tripped by Lewis Stevenson that was called “a stonewaller” by the Scotland international playmaker, as CQN reported.

Referee Kevin Clancy ignored both valid calls and TV pictures later proved he had got his decisions WRONG.

BT Sport, who covered the match live, had their studio referee scrutinise the claims and came back with the verdict spot-kicks SHOULD have been awarded on both occasions.

The impressive Bauer, speaking to Celtic TV, said: “I thought before my situation there was one with Ryan Christie where I expected to hear the whistle. 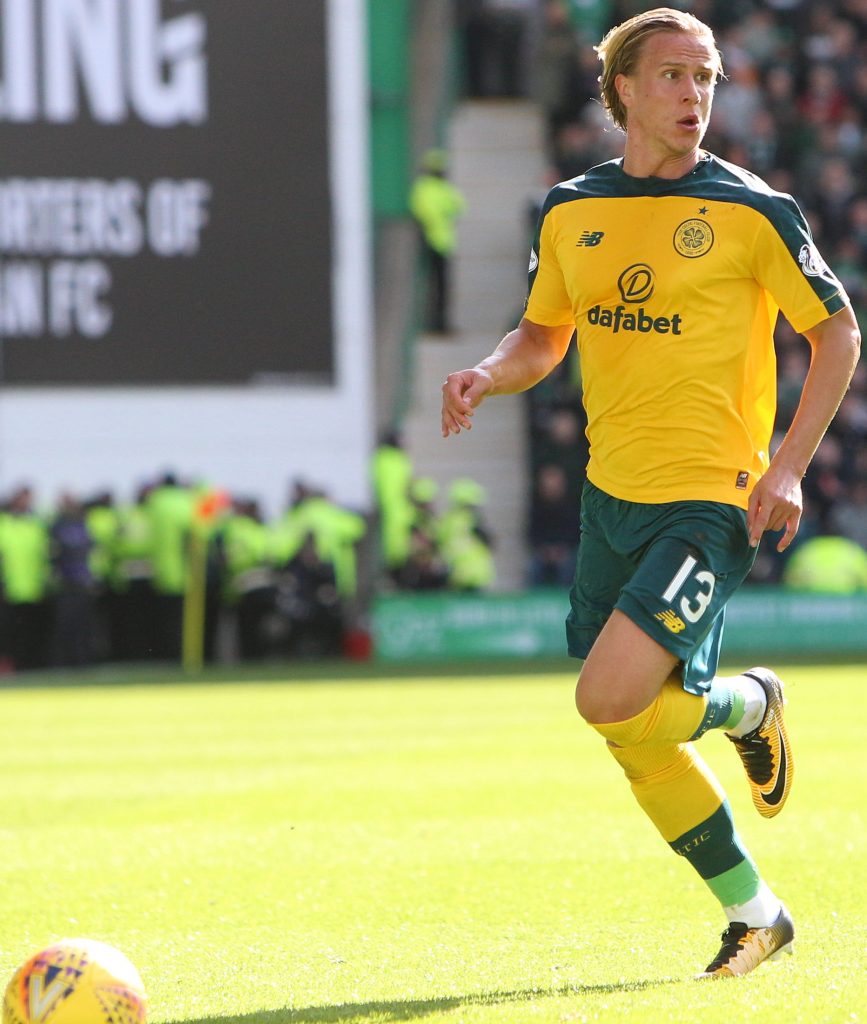 ON THE RUN…Mortiz Bauer powers down the wing.

“And I thought they should have given a penalty for mine, as well.

“The Hibs player didn’t touch the ball. He was only going for the man and was making it very difficult for me to put a cross in. It was small details like that which were not in our favour, similar to their goal in the first-half.

“But, still, we can improve our game, as well, and be more clinical and score more goals to wipe these discussions out of the way.”

Kristoffer Ajer took his eye off the ball for a split-second to gift the home side a seventh-minute advantage following his failure to deal with a right-wing cross from Christian Doidge.

However, that was nullified in the 24th minute when Bauer raced onto an angled pass from Olivier Ntcham to deliver a peach of a cross into the box and Christie, with his 11th goal of the campaign, rose superbly to bullet a header into Chris Maxwell’s top right-hand corner of the net.

Bauer saw the champions fail to win a league game for the first time in eight outings and added: “We wanted to keep our record going. We came here to win – we hadn’t won here in the league for a while and we wanted to change that.

“Obviously, we had some chances to win the game.

“It’s not a bad point, but we would like to have taken all three.”