The Ivorian striker made his first start for the champions after joining in a £2million deal in January – and was immediately involved in controversy.

Bayo was adamant he had scored a double, but the Tynecastle boss was equally certain his defenders Christophe Berra and Craig Halkett were to blame for the efforts that topped and tailed the Hoops’ third successive Premiership triumph of the campaign with 15 goals scored already, as CQN highlighted in the match report. 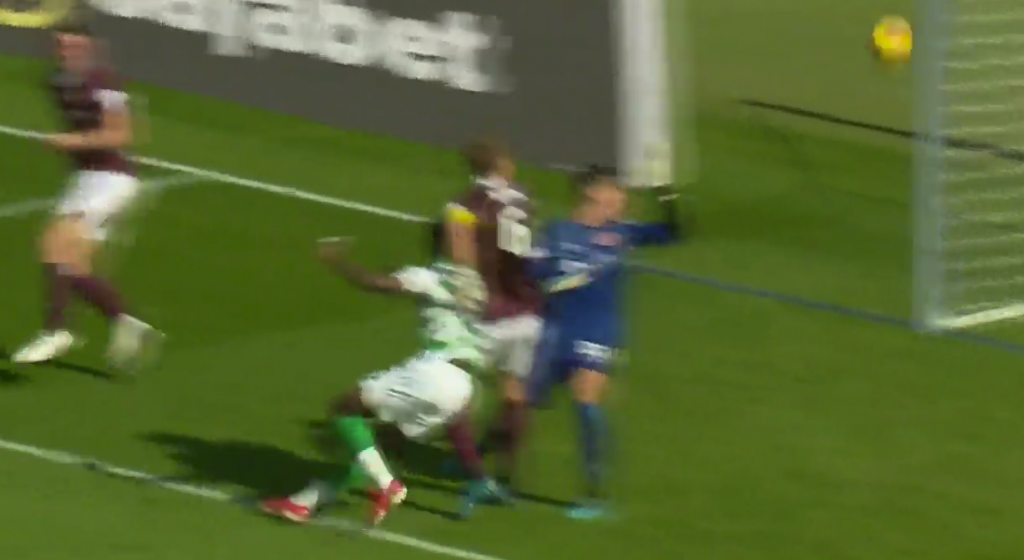 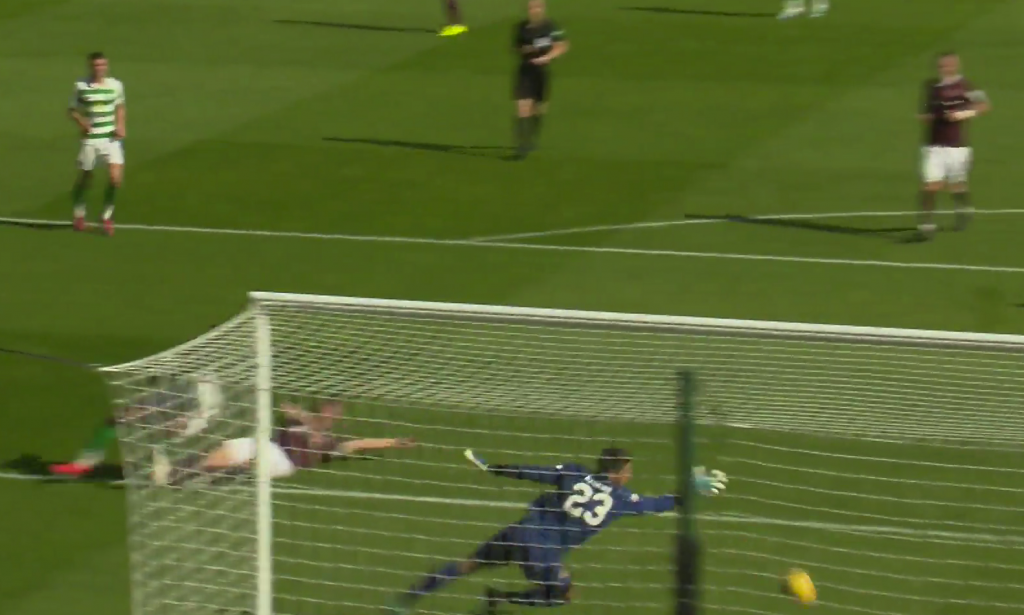 But after taking the acclaim of the home support following his substitution in the 78th minute with Leigh Griffiths taking his place, the 22-year-old powerhouse was convinced both strikes were his and he deserved the credit and get off the mark in his Bhoys career.

“I got the last touch for both goals. I disagree that they were own goals.

“I should have scored three and the manager told me that as well.

“He’s been great with me since I arrived and he speaks to me and encourages me all the time.

“I have benefited by the encouragement and it has paid off with me scoring. Heading is one of my qualities. I can score many ways, but that is one particular quality.

“It’s the principle role of a striker to score. Even if you don’t score, you can still help the team, but you want to make that impact by scoring.”

Neil Lennon’s men, chasing nine in a row, are top of the league on goal difference ahead of Steven Gerrard’s side who won 1-0 against St Mirren in Paisley yesterday. The teams meet at Ibrox on Sunday with a High Noon kick-off.

Bayo may now be in the manager’s thoughts for the derby, but, for the time being, the forward was satisfied to reflect on the damage he had inflicted on the men from Edinburgh.

He added: “I’m very happy, I’ve not had a start before this game, so I’m really pleased. 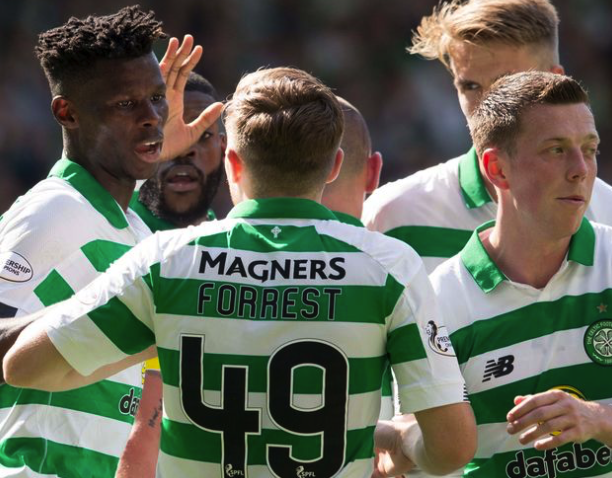 HAPPY BHOYS…Vakoun Bayo is congratulated by his Celtic team-mates after the Hoops’ third goal.

“I’m really happy with the performance of the team as well and myself.

“It’s a great club and the fans are incredible. This was my first chance at starting and there were lot of people watching. It’s just part of football and the fans make it.

“The fans were happy and they understand I have been waiting for this.

“When I arrived I was really happy and then I suffered the injuries, but the manager has been happy with me and the progress I was making. I had to be patient with it.”

Ivory Coast legend Kolo Toure, who was brought to Celtic for a year by Brendan Rodgers before becoming a coach at the club, recommended his fellow-countryman before he left with the Irishman for Leicester City a month after Bayo’s arrival

The energetic attack-leader may have had a false start at the champions, but he is clearly determined to make up for lost time and rack up the goals.

With or without the recognition of a manager at an Edinburgh club.