I doubt there has ever been a series of home games in our history as concentrated as what lies ahead for Celtic. We have three in the next eight days, kicking off a series of nine at home in the next 12 league fixtures.

I know what you’re thinking, the fact that we’ve played nine away and only five at home explains our poor start to the league campaign, but all that should now correct itself….. Form this season is comparable only to season 2003-04, when after drawing a blank in the opening game away to Dunfermline, Celtic won 25 consecutive league games.

That run came to an end when Henrik Larsson was rested for the start of the visit of Motherwell. We had just beaten Barcelona and were on our way to a 0-0 draw in the return game. At the time the draw didn’t matter much but it left Celtic four games short of the world record, achieved by Eusabio’s Benfica. Since then Dinamo Zagreb eclipsed the Celtic record but fell one short of Benfica’s.

World records are not easy to break, Celtic would need to win every game between now and the split in April simply to match Benfica’s 29 game winning run (would be an appropriate reward for those who’d travelled to Dingwall for the game).

If we win all 12 of the coming fixtures dominated by home games, Celtic will be third and fourth in the world record consecutive league game winning list.  Impossible. Right?

Let’s worry about Hamilton Accies tomorrow and see what the players can achieve thereafter. 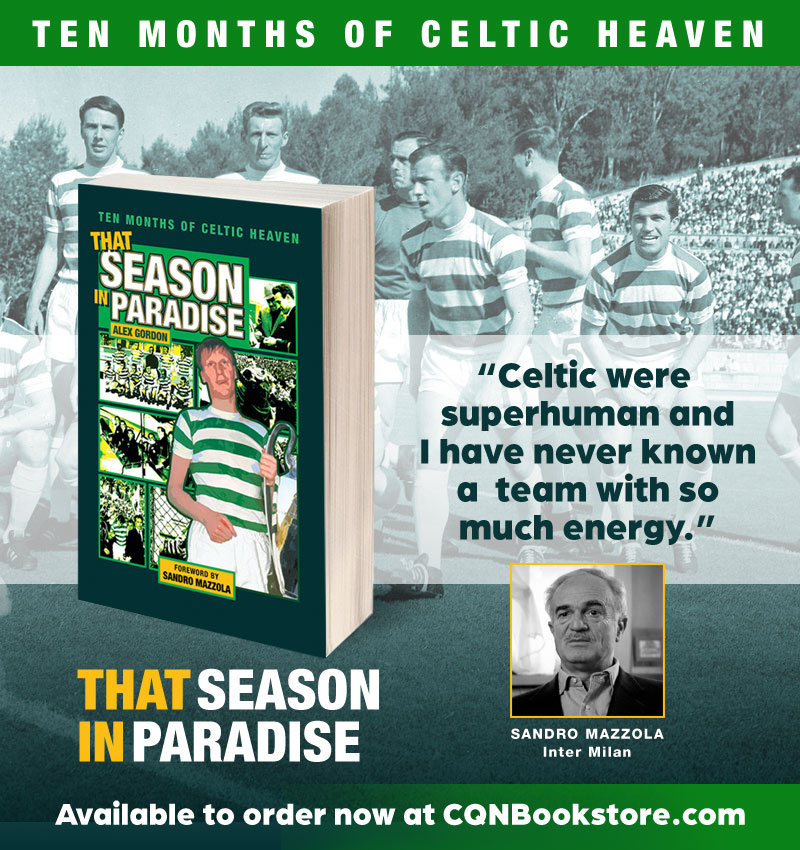