Celtic Quick News on News Now
You are at:Home»Latest News»BENKOVIC, MULUMBU IN LINE FOR DEBUTS
By CQN Magazine on 14th September 2018 Latest News

The Hoops boss is looking forward to his first visit to the ground since his arrival in May 2016 and there could be debuts for the two players who were brought in on the final day of the transfer window.

Croatian central defender Benkovic agreed a one-season loan deal from Leicester City while midfielder Mulumbu signed a two-year contract as he arrived as a free agent after an impressive six months at Kilmarnock last season. 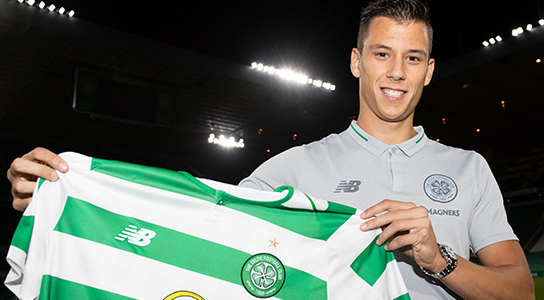 Striker Leigh Griffiths, who limped off at the interval in Scotland’s 4-0 loss against Belgium at Hampden a week ago, has also been declared fit as the champions prepare to get back to domestic duties.

Rodgers said: “Leigh is fine. He trained well these last few days. The new signings are both in the squad.”

Mikael Lustig sustained an injury playing for Sweden and could be a doubt which may open the door for Benkovic, a £13million signing from Dinamo Zagreb in the summer, to make his first appearance.