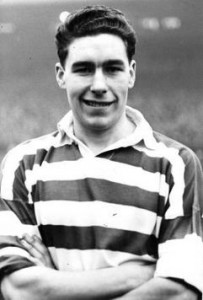 Carroll – who scored Celtic’s first-ever European goal in 1962 – passed away at his home in Calderwood, East Kilbride.
The winger played alongside Auld before leaving Parkhead to join St Mirren in 1963.He will be forever remembered for his goals against Valencia on September 26, 1962 when the Hoops played their first European tie in a 4-2 defeat away to the Spaniards, then the trophy holders, in the now-defunct Inter-Cities Fairs Cup.

Carroll played outside-right and earned his move to Parkhead after helping Irvine Meadow, win the Junior Cup in 1959.

Auld said: “Bobby was a beautiful man and a very good player. He wasn’t an out-and-out winger, though. He could be a bit of a goal-poacher and he wanted to be involved in everything. 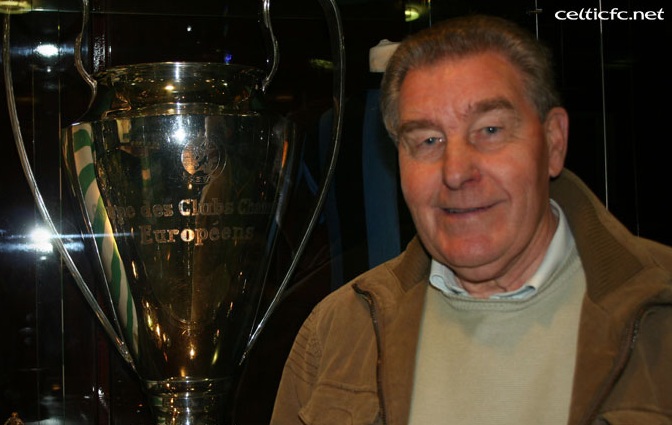 “Nothing every fazed him, whether it was a European game or a league match.

“At the time we were playing, we didn’t know what it was like to be outside of Glasgow.

“So, playing in a European match was a bigger deal than it is nowadays, but it never bothered him.

“He was very dedicated and he was desperate to make the grade at the highest level. And Bobby was good enough to play at any level.”

A club statement said: “Everyone at Celtic is saddened to hear of the death of former player, Bobby Carroll, who has passed away at the age of 77. 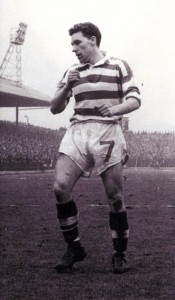 “Bobby, who played for Celtic between 1959-63, made 78 appearances, scoring 28 goals. His most famous goal, and one which assured his place in the Celtic history books, came on September 26, 1962 in the first round of the Fairs Cities Cup against Valencia.

“Bobby’s goal in that 4-2 defeat was the first goal scored in European competition by a Celtic player. He made his first team debut in a League Cup-tie against Partick Thistle on August 12, 1959. The first of his 28 goals for the Hoops came just three days later when he scored in a 4-2 defeat away to Airdrie in the same competition.

“He moved to St Mirren in February 1963 and returned to Celtic Park with his new team just a few weeks later, helping them to a 1-1 draw. After spells with Dundee United, Coleraine and Queen of the South, he rejoined Irvine Meadow where he finished his career.

“The thoughts and prayers of everyone at Celtic are with Bobby’s wife, Ann, his family and friends at this very sad time.”