Celtic Quick News on News Now
You are at:Home»Football Matters»‘BETTER PLAYER AFTER INJURY HELL,’ ROGIC
By CQN Magazine on 2nd November 2015 Football Matters
CELTIC’S Aussie star Tom Rogic reckons he is a better player after going through two years of injury hell.
The classy midfielder has played more first team minutes during this campaign than he did over the last two seasons combined as he struggled with a chronic groin problem.
Rogic has made 15 appearances and scored four goals and has become a key player in Ronny Deila’s squad. 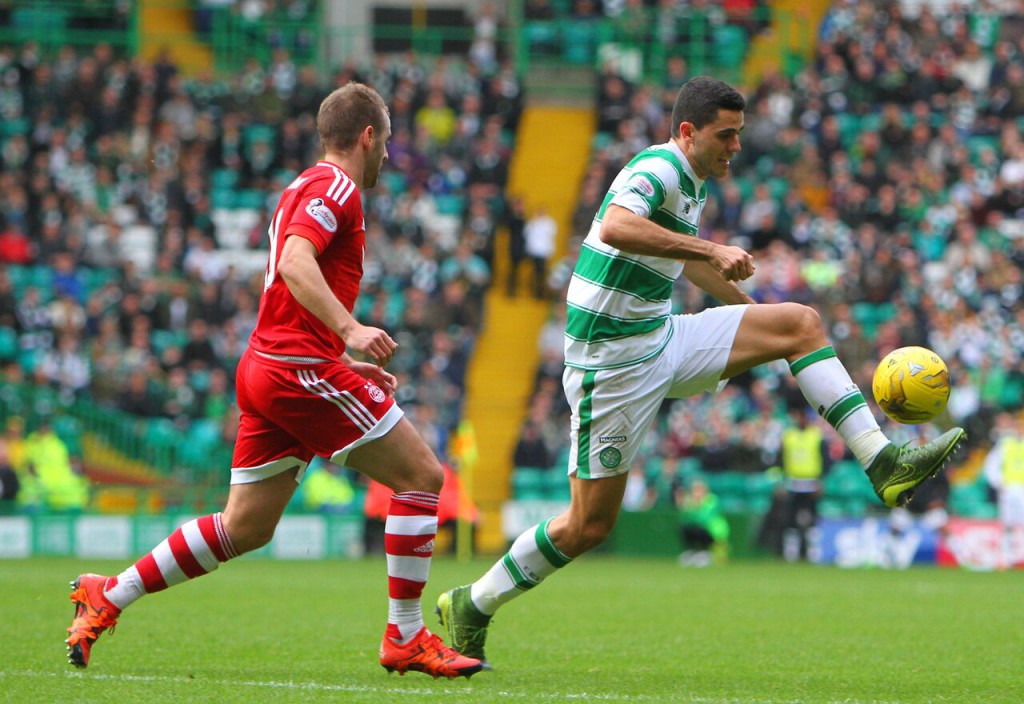 And the 22-year-old reckons a short loan stint in the A-League with Melbourne Victory last year was an important motivating factor for him.He said: “I didn’t think too far in the future when I went back home. It was leading up to the World Cup and I wasn’t playing much at Celtic and I needed games.

“Looking back on it now, it seems a long time ago and things can change so quickly.

“But at that point, did I think I’d be coming back here now and be playing in the Celtic team? Maybe not, but it’s amazing how things work out.

“I was never really trying to prove anyone wrong when I went back. Maybe, if anything, I was trying to prove to myself that I could still do it, but that wasn’t my main motivation.

“Being injured and missing a year was hard, but as a player you accept these things happen.

“To come through that difficult period definitely makes you mentally stronger. I don’t think people realise what you go through. It’s made me a better player.”

Rogic added: “When I first came over here it was a big move and change for me.

“In Australia, I had a lot of people helping me as I came through, but when you move to the other side of the world away from that support network, having just turned 20, it’s not the easiest.“But you just get on with it because you know what’s a stake – the chance to do what you want at a high level. It has to be worth it.

“It helped to know that other Aussies such as Mark Viduka and Scott McDonald had come over here and been successful at this club.”