CHRISTOPHER JULLIEN muscled in on Odsonne Edouard and Leigh Griffiths’ goal action when he headed in the third in the 3-1 midweek win over Kilmarnock at Rugby Park.

The striking double-act had claimed the opening strikes as Celtic maintained their two-point advantage at the top of the Premiership.

Jullien, the champions’ £7million defender, was delighted to play his part, but he admitted the Hoops duo have the ability to do it for themselves as the team face a crucial second half of the campaign.

The towering central defender believes his fellow-countryman and the comeback Bhoy will spark in the weeks ahead.

Jullien, speaking to the Evening Times, looked at the Parkhead Odd Couple and said: “Everyone has a different mentality – and they are different.

“I think this is why they are playing good together. They are two different players. Both have good, good qualities.

“The fact they both enjoy playing together means they create a lot of chances. This is good for us.

“We just do our job and give them good balls knowing they are two great players. They are going to enjoying playing together, that’s for sure.

“Leigh’s great. He’s one of the best strikers in this league. He’s just brings so much energy to us. He just brings another aspect to our game. 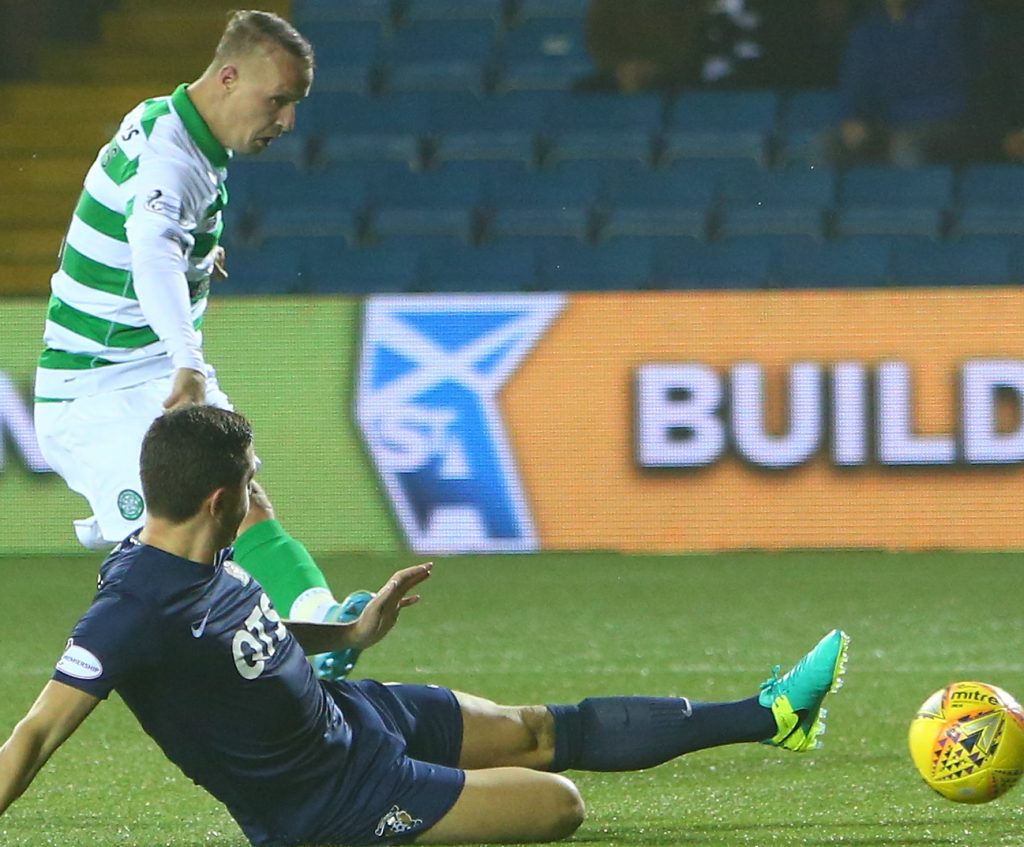 HITMAN…Leigh Griffiths thumps in the second at Rugby Park.

“The collaboration he has with Odsonne is just great at the moment. They showed at Kilmarnock that they can play together. They did it well. The fact both of them got on the scoresheet is really good for us.

“We are really happy with what Leigh’s doing right now. He delivers a great corner, too. He’s been giving me great deliveries over the past week. I told him to keep giving me the same ball every time and I will score, for sure.”

Jullien, who hit the Betfred League Cup Final winner at Hampden last month, added: “It was great to get another victory. The coach talked a lot before the game and told us that every time we came here it was really difficult, that the pitch was not the best one.

“The team of Kilmarnock always have a great mentality of trying to do the best against us. They did that on Wednesday, too, but we were focused and did the best we could. The mentality was just great.”