NEIL LENNON admitted he was “bewildered” at the lack of faith shown in him as Celtic’s quest for a historic tenth successive title came off the rails.

The Hoops boss became a target of abuse for angry fans with whom he had nothing in common.

It culminated in Lennon departing Parkhead on February 23 – only two days after an embarrassing 1-0 loss to relegation-threatened Ross County in Dingwall.

The bid for the championship had long since been blown after a series of inexplicable displays in the first half of the campaign and the team were out of three competitions before the turn of the year, the Champions League, the Europa League and the Betfred League Cup, again beaten by the Highlanders, this time in Glasgow which sparked unruly scenes in the stadium car park afterwards.

Lennon told The Times: “Speaking to the players the next day (after the League Cup loss), they were really disturbed and upset by that. 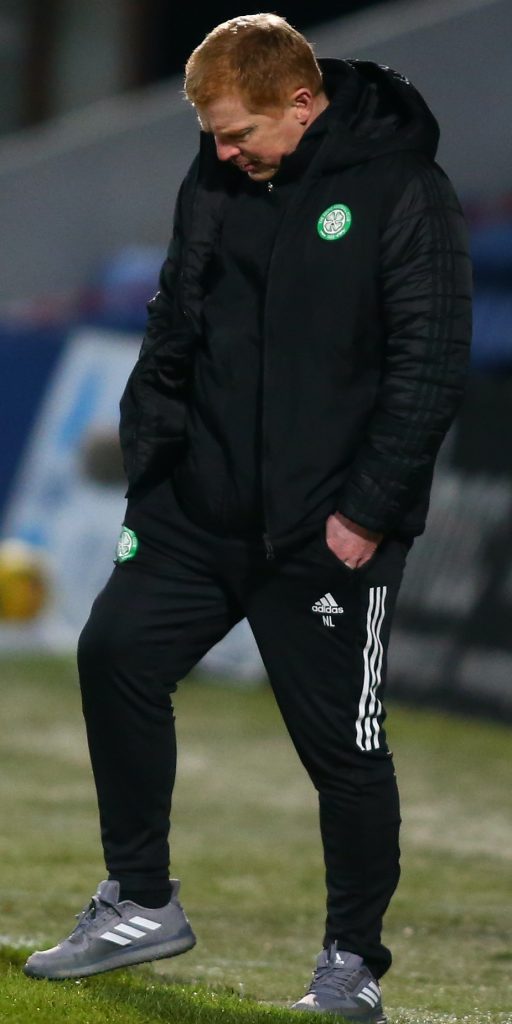 “Literally upset by it. That was the first Cup defeat in 35/36 games. It was the end of an unbelievable cycle of success and for them to be treated that way was bewildering. They should have been lauded for it rather than abused.

“They were getting pelted with missiles. It was very sad. There was a new breed of supporters that I had nothing in common with and who belie the values of the club.

“They are the ones that are giving the club a bad name.

“It was definitely a situation like no other. You’re going for the tenth title in a row and that was an obsession for the fans, an unhealthy obsession, I felt. And we were in the midst of a pandemic where nothing was normal.

“So, you put that together and there were a lot of things that were out of your control as a manager.”

Lennon continued: “I had nothing in common with those supporters and the way they treated Dermot and Peter as well, shocking.

“Considering in December we had just finished off another treble, two months later you are out the door.

“The whole thing seemed joyless. There was no credit it for it. It was just ‘yeah Celtic have won another treble, move on’. There was a lack of joy around the place and that was really difficult.

“You are in the game to enjoy it. It was all about the football, but this season football took second place to a lot of things. 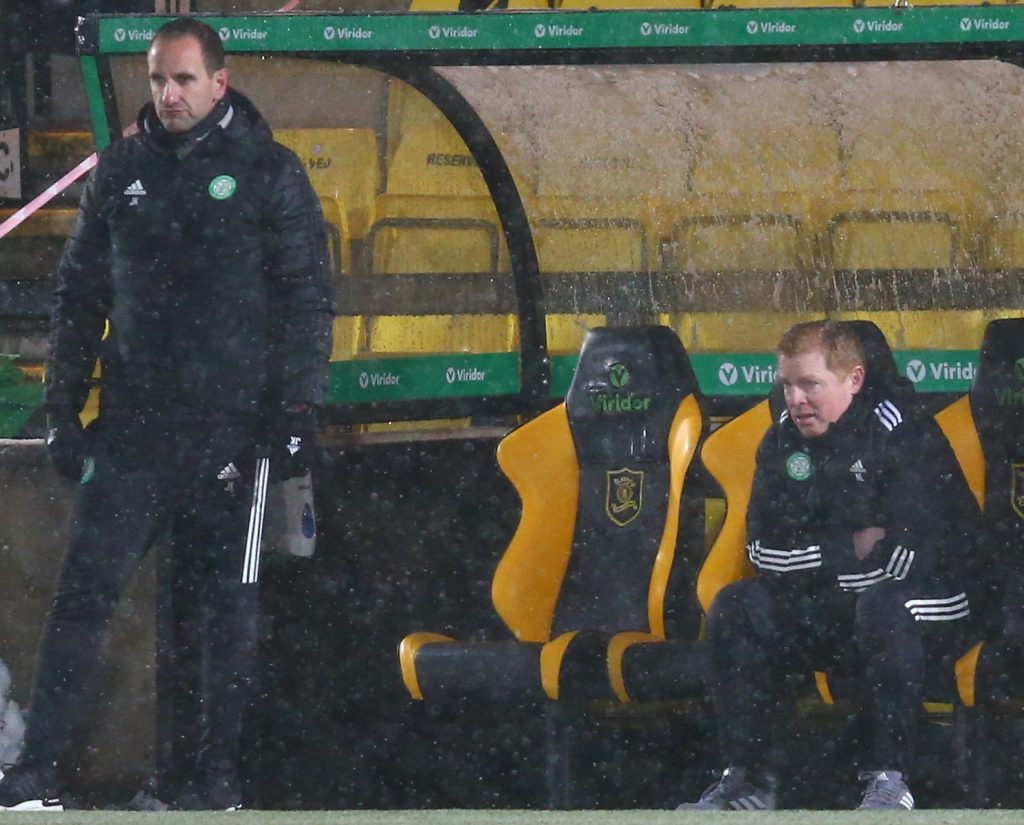 SITTING IT OUT…Neil Lennon takes a back seat as John Kennedy watches from the touchline in the 2-2 draw in West Lothian.

“It’s basically fans I’m referring to more than anything else.

Lennon, who was also criticised for for being out of date with his methods, added: “People say ‘he’s not that good’ or ‘he’s a dinosaur’. A dinosaur at 49 is strange. Eighteen months ago I beat Lazio in Rome, the first Celtic manager to do that.

“It’s about changing the public’s perception, but, then again, it’s not really their perception I want to change, it’s the owner, chairman or chief executive of a club.

“Does it grate on me? Of course, it does. It’s just absolute nonsense. I’d just won a treble so if I’m a dinosaur what does that make all the rest? It’s not like we played route one football.

“We were flexible with changes, we could play a diamond or a back three or 4-3-3, I had young coaches like John Kennedy, Damien Duff and Gavin Strachan who were very forward thinking and our coaching methods were all geared for the modern player.