Celtic Quick News on News Now
You are at:Home»Latest News»‘BHOY, AM I GLAD I DIDN’T CASH IN,’ ADMITS GORDON
By CQN Magazine on 22nd January 2018 Latest News

The Celtic keeper, though, has no regrets that the move to Stamford Bridge did not materialise and he remained at the Hoops during their incredible campaign with a domestic clean sweep without a defeat.

Now the Scotland No.1 is preparing for the assault on historic back-to-back Trebles and a crack at Europa League glory.

Looking back 12 months and the big-money offer from the London outfit, Gordon said: “I actually don’t think you could ever put a monetary value on that for however much you’d earn elsewhere or be part of any other team.

“To do that in Scotland with Celtic, it’s something that will be remembered forever. To be a part of that – I probably played the most games of that Invincible run – as

something to look back on in your career, these are the things you value. 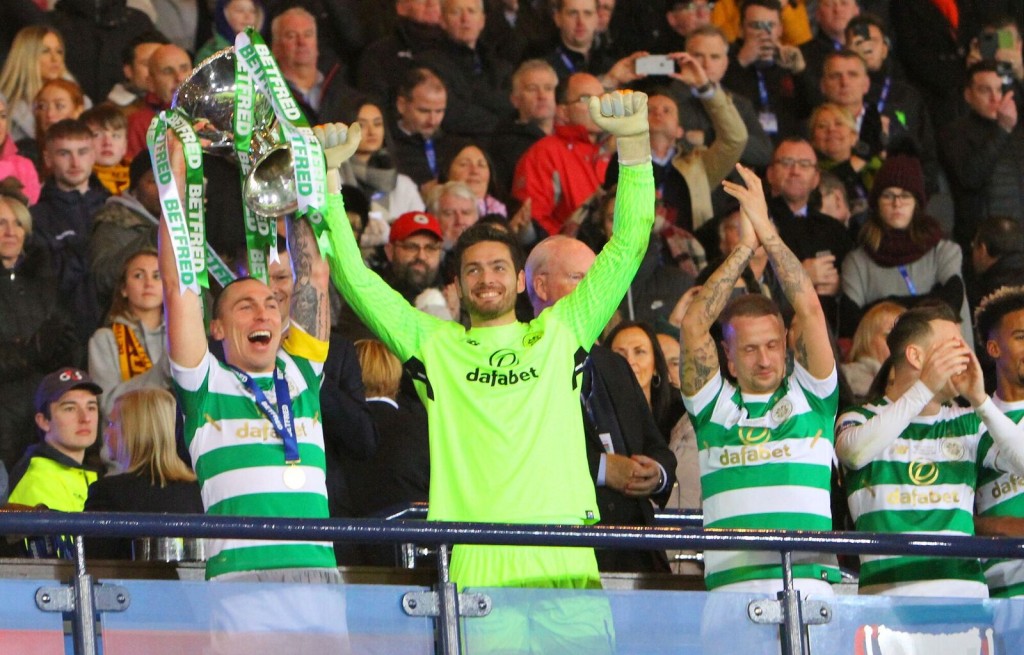 “Achievements like that, the number of caps you earn, they’re what you’ll hold on to and remember rather than how much money you’ve earned.

“That’s what I want to look back on my career and remember.”

Gordon ended up playing 55 of the 69 games on the Hoops’ route to rewriting the record books, more than any other Celt.

And he revealed that it was on their Dubai break the Parkhead side plotted their path to overwehelming success.

The 35-year-old shotsopper added: “It was the last week of the window, the Chelsea bid. It wasn’t accepted and I stayed.

“But at the same time we were in the middle of a great season where it looked as if we were going to do something really special and everyone felt that an undefeated season was a possibility.

“We talked about it in Dubai this time last year. We said: ‘This is on, we have enough within us in the squad to do it.’

“It never came out, we never said it publicly, but certainly within the squad we thought it was possible to go and do something very special, which we did in the end.”