CALLUM McGREGOR – a Celtic old-stager at 28 – hailed the young Bhoys who have taken the opportunity to shine during the club’s three-game pre-season warm-ups.

Ange Postecoglou has opened the door for the Hoops’ kids to show him their qualities and the Scotland international midfielder, who has taken the captain’s armband from Scott Brown, admits he has been impressed.

There were several of the club’s top propsects on show in the 0-0 stalemate with Championship side Bristol City last night and McGregor is convinced the team’s future is in good hands.

The anchorman said: “It’s been a valuable week for us, we had a lot of younger guys down with us, you’re seeing a lot of them on the pitch and they’re giving everything, trying to get to the level. 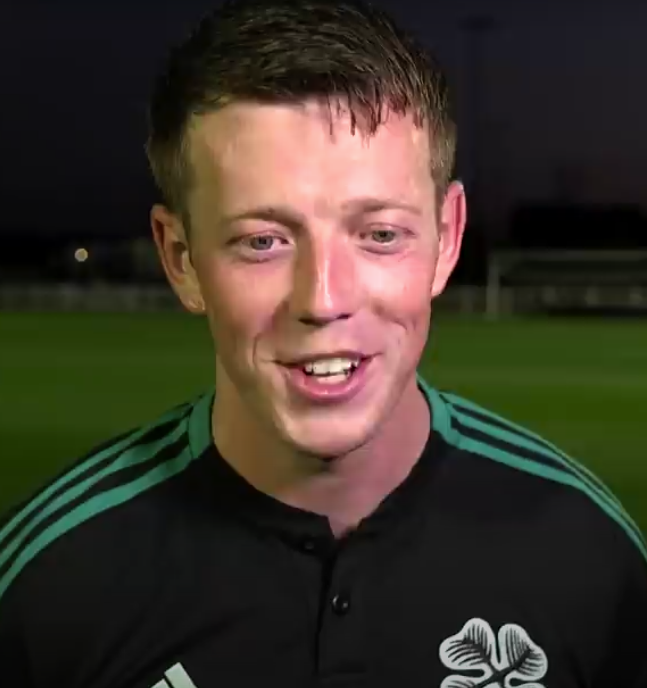 “I thought Dane Murray was outstanding when he came on, Monty (Adam Montgomery) did well again, young Moff (Owen Moffat) getting another run-out, so for the young kids it’s brilliant – they just need to keep doing it, keep sticking with it and trying to get better every day and keep trying to push the squad because of the numbers and where we’re at, there are chances for them.”

Liam Shaw and Osaze Urhoghide, the two summer recruits from Sheffield Wednesday, also look to be settling in well to their new surroundings and could play a pivotal role in the squad in the forthcoming season.

The downside from last night’s confrontation was a crunching challenge on Karamoko Dembele which saw the teenage wing ace limp off the pitch in the first-half to be replaced by Ewan Henderson.

Postecoglou is waiting for a report on the youngster’s fitness before making a decision before Saturday’s fourth friendly of the pre-season against another Championship outfit, Preston, at Parkhead where 2,000 fans will be in attendance for the first time since March 2020. 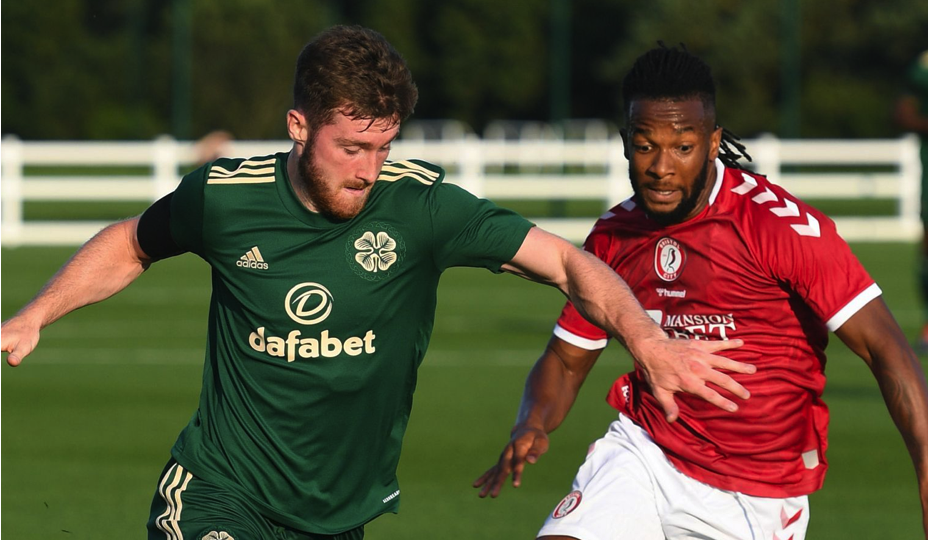 PUSH OFF…Anthony Ralston prepares to repel a challenge from a Bristol City opponent.

Reflecting on the meeting with Nigel Pearson’s Ashton Gate team, McGregor, speaking to Celtic TV, added: “I thought the match was really good. In the first-half, I thought we controlled the game.

“We were really positive, we were doing the things that the manager has asked us to do, we had loads of rotation, we were always trying to find the spare man, we had a little bit of problem solving on the pitch and we were trying to take the ball forward through the thirds of the pitch.

“Bristol were our box once in the first-half, I think, so it’s just about trying to do all of those things, trying to get better at them. The only negative, really, is losing a couple of boys to injury.”

Mikey Johnston was also forced to come off in the opening half with what looked like a hamstring problem while Ismaila Soro was kept in at the interval following a knock.