SCOTT BROWN played a massive role in James Forrest’s transformation from Bhoy to man at Celtic.

The Scotland international winger, who will be 30 in July, had to learn to grow up quickly after being introduced to the first team by Neil Lennon in 2009.

Forrest said: “I remember I used to share a room with Scott back then if we were in a hotel. I was a quiet boy and the manager decided to put us in a room together for a reason.

“I had only just made it into the first team – and then I got told I was getting put into a room with Broony. Talk about getting thrown into the deep end!

“It was great, though, and really helped bring me out of my shell. It made me feel confident in myself and that was important. 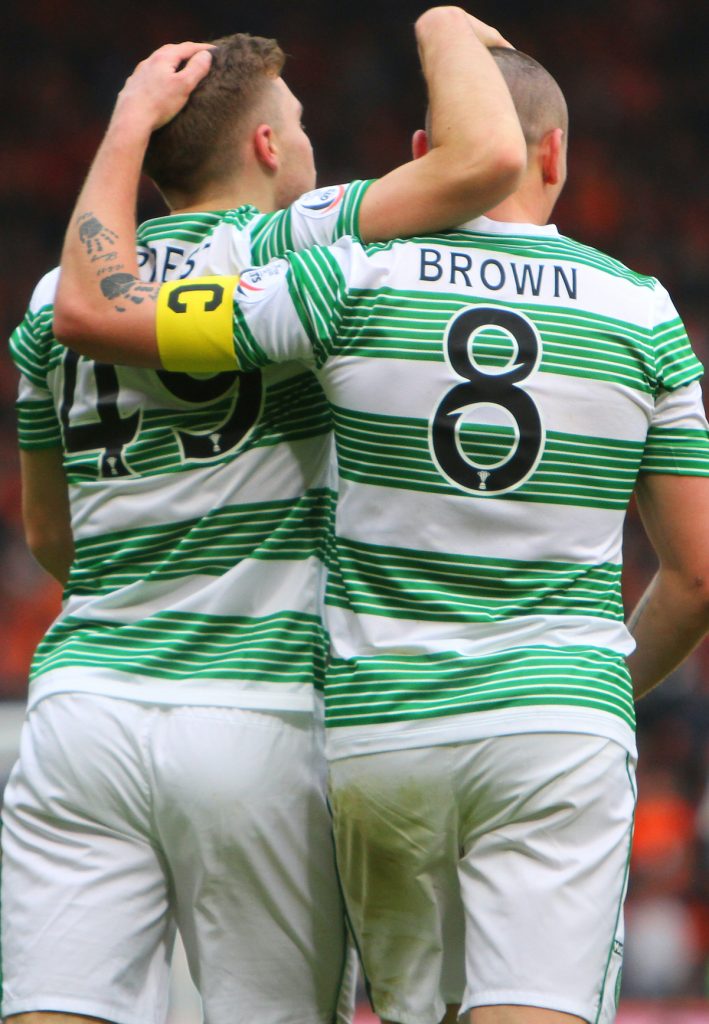 HEAD BHOYS…James Forrest and Scott Brown celebrate after the winger’s goal in the League Cup Final win over Dundee United at Hampden in 2015.

“I was only 18 at the time and we were totally different characters because of the age gap.

“I didn’t know anyone in the first team and then the next thing you know I’m getting thrown in a room with the captain, but it was the best thing for me.

“He was a nightmare at times because I liked my sleep back in the day and he didn’t quite let me get that.

“But I learned from him and could then see from him in training what we demanded every day. I also realised how much time he had for others.

“I was just a young boy and there weren’t many others at that point. But he took me under his wing and it meant so much to me.

“Since then, I’ve seen him do it with so many players over the years. That sort of thing goes under the radar, how much of a help he is, especially to the younger players who break through.

“He takes that on himself. He has so much about him, he doesn’t just look after himself, he always thinks of other people and he’s done wonders. People are born with that type of character.” 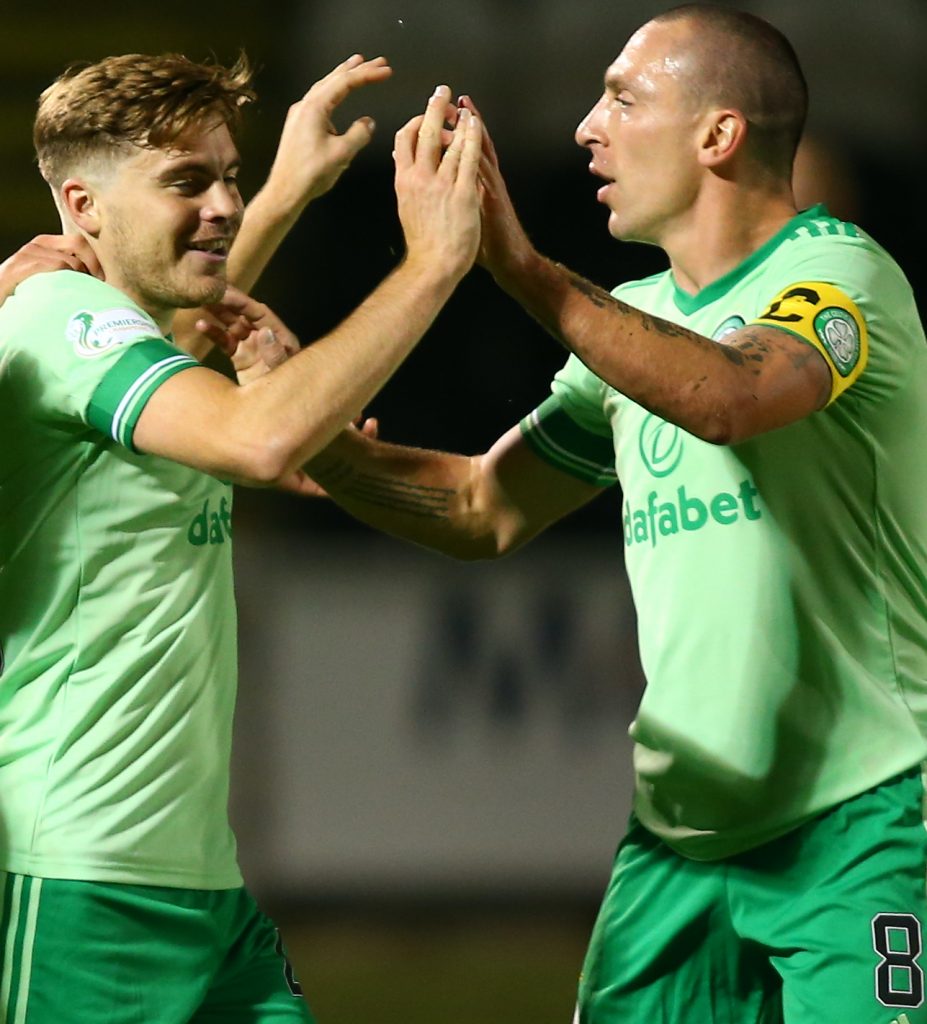 ONE OF THE LAST HURRAHS…Scott Brown congratulates James Forrest after his headed winner against St Mirren in Paisley in September last year.

Forrest, who hopes to line up alongside the Hoops icon for the last time against Hibs at Easter Road tomorrow afternoon, speaking to the Daily Record, added: “Everyone who has played with him says he’s the best guy they know – even though everyone who plays against him hates it. That just shows you what he gives to the team.

“You look at all the trophies he has won and there are so many good clips and so many memories over the years it’s been unbelievable. Right from the start to the finish, he’s achieved so much and I think everyone inside the club appreciates him and everything he’s done. Look at how the fans turned up for his last home game, just to show their appreciation.

“I thought that was a great touch and he deserves everything he gets.

“We’ve been doing a lot of video clips for his send-off, so I don’t think it’ll sink in that he’s actually gone until pre-season, when we come back and he’s not here.

“Then it’ll be a strange feeling to play against him. But Broony is such a top professional he’ll go up to Aberdeen and do well. It was definitely a big decision for him to make.

“His family stay in Edinburgh and he’s obviously been here at Celtic for so long. He didn’t make the call overnight, it took him a good few months. But once he made his decision everyone respected it.”