ANGE POSTECOGLOU’S success in leading Celtic to the first domestic honour of the season has gone down a storm in Australia.

The Hoops manager triggered celebrations Down Under with the Hoops’ dramatic 2-1 victory over Hibs in the Premier Sports League Cup Final at a rocking Hampden on Sunday.

Postecoglou, who spent the first five years of his life in Athens before the family emigrated to Australia, was lauded in his adopted country after his revamped squad lifted the silverware following the wretched previous campaign. 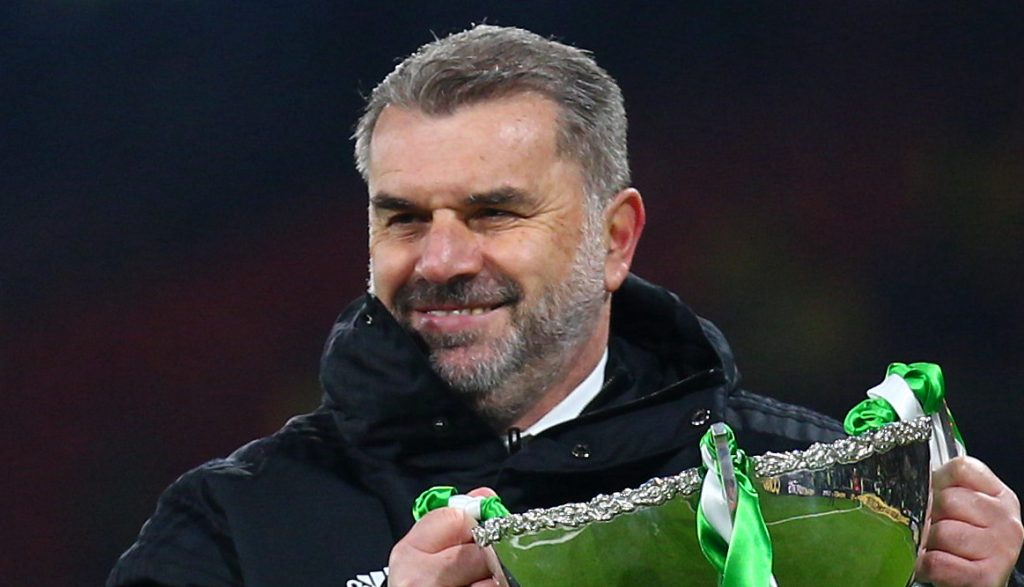 The 56-year-old former Australia international gaffer said: “This club is very well known globally and there has always been a strong connection in Australia. That’s irrespective of me.

“The fact I am here and Tommy Rogic has been for a while now, the reaction doesn’t surprise me.

“For me, that is one of the joys to see the impact it has on people I know and don’t know back home.

“Some of them don’t even love football, they just love to see Australians do well and take great pride in it.”

Postecoglou admitted he also allowed himself to take an evening to savour the victory. The likeable gaffer stated in the immediate aftermath of the Hampden win that he was going to sit back with a Scotch and enjoy the moment.

The Parkhead chief, speaking to the Daily Record, added: “Yeah, I got a glass in. It was a nice quiet evening with my wife.

“You do take a couple of hours to reflect on winning the Cup. I know how hard everyone has worked for it and trophies aren’t easy things to come by.

“You take that time to reflect, but it’s more about what it does for other people.

“I take joy from watching other people celebrate and feeling like you have contributed to it.”

And Postecoglou will hope he is on the winning side again tonight when the Hoops travel to Paisley to take on Covid-hit St Mirren as the quest for crucial Premiership points continues.

David Turnbull, who limped off with a hamstring problem against the Edinburgh club, has already been ruled out.