Celtic Quick News on News Now
You are at:Home»Latest News»BIG ANGE, DIPLOMACY AND DRY WIT: ‘WATCHING A DIFFERENT GAME THAN I DID’
By CQN Magazine on 3rd December 2021 Latest News

ANGE POSTECOGLOU utilised diplomacy and dry wit when he responded to Robbie Neilson’s rant after Celtic’s 1-0 triumph over Hearts at Parkhead last night.

Kyogo Furuhashi’s 14th strike of a convincing debut campaign settled the issue to keep the Hoops four points off the pace at the Premiership pinnacle.

The Greek-Australian gaffer watched his injury-stricken side grind out the win, despite three players – Anthony Ralston, Filipe Jota and Stephen Welsh – limping off to the disrupt the rhythm of the team. 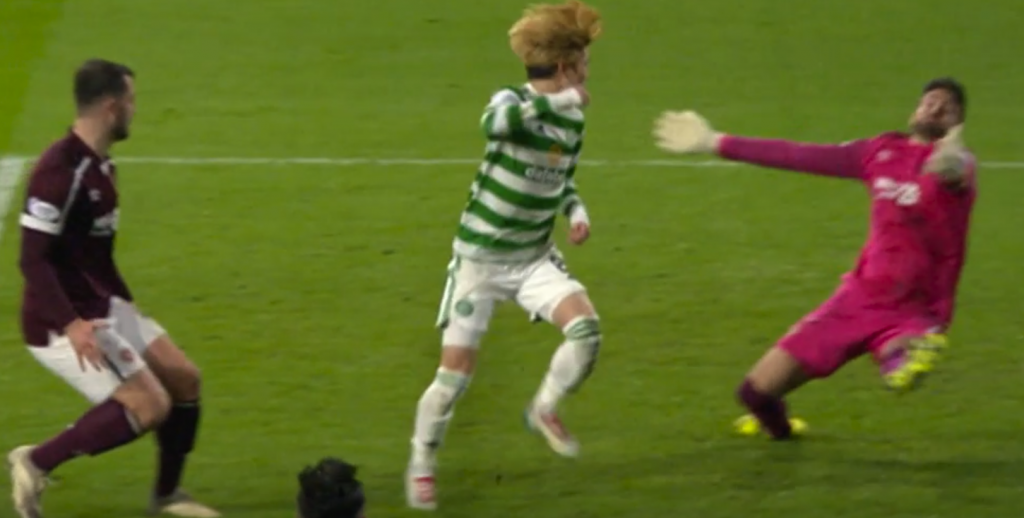 The Glasgow side would have had more breathing space if James Forrest had not passed up two glorious opportunities – one at the start and the other six minutes from time – while former Bhoys’ No.1 Craig Gordon was in defiant move with several top-class saves with Postecoglou’s men having TWENTY-FIVE shots at goal.

Joe Hart, at the opposite end, put in his expected professional shift, but was hardly overworked with only two shots on target while his team-mates had a tell-tale 69 per cent of the possession with play mainly taking place in the visitors’ half of the pitch.

Astoundingly, Neilson insisted his team “got beat by poor decisions from the officials”.

The Tynecastle coach refused to give any sort of credit to his opponents, despite statistics glaringly pointing out his players were clearly second best on the night.

It is the sort of blinkered view the Hoops manager must be getting used to after almost six months in Scotland.

OOPS…James Forrest smashes the ball against the post with Craig Gordon grounded.

OOPS…James Forrest watches as Craig Gordon deflects his shot past the post late in the game.

The only goal of the game arrived in the 33rd minute when the returning Tom Rogic released Ralston on the right and the full-back thumped over an inviting first-time cross to the near post.

Kyogo’s timing was perfect as he raced in to meet it on the run and he sizzled a right-foot effort away from the stranded Gordon.

There was no offside decision from referee Bobby Madden or his standside assistant although it was a tight call.

Without VAR – which is hardly foolproof in any case – a lot was made of the validity of the goal, but most angles tended to suggest the Japanese frontman was at least on line with his team-mate when the ball was delivered. No ifs or buts on that one – that makes him onside.

Discussing the possibility of the winner being offside, Neilson, speaking to BBC Scotland, claimed: “I’ve seen it, everyone would agree with it [being offside]. The linesman had a brilliant view.

“I don’t want to say too much. The last time I did, at Ibrox, I had the book thrown at me. We deserved to take something out of the game.

“In key moments, Craig Gordon had a few good saves, but we had good chances. But we were done by a very, very poor official.” 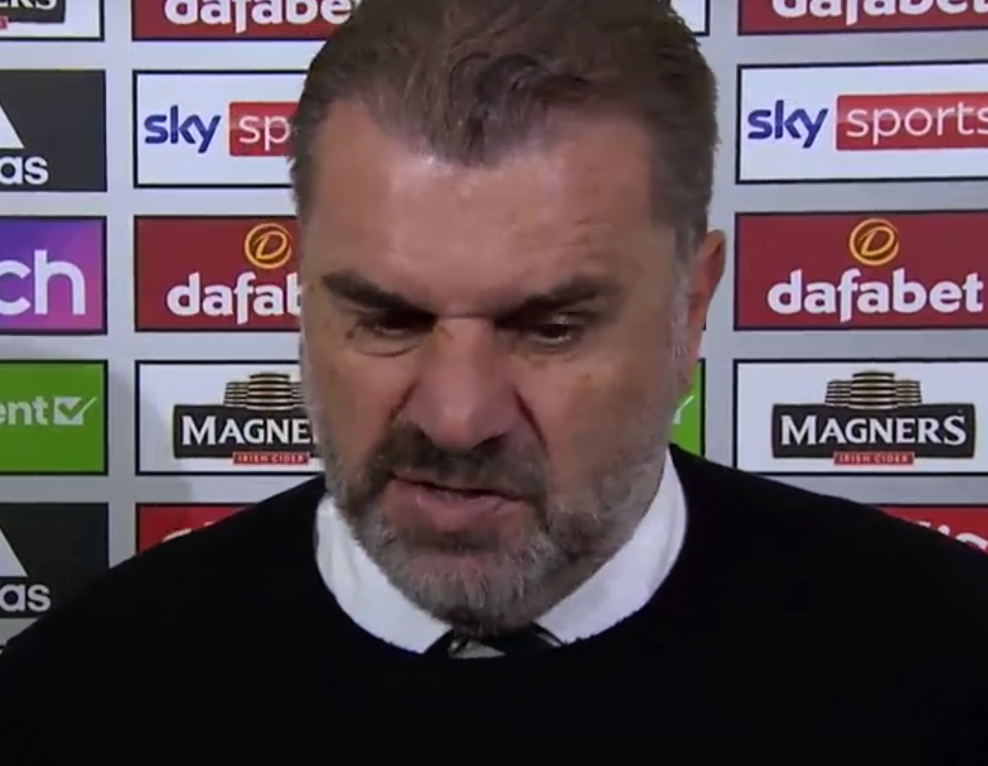 CELTIC VIEW…Ange Postecoglou faces up to opposite number’s comments.

Asked for his thoughts on his opposite number’s comments, Postecoglou replied: “That means the referee’s on three points, he’s still bottom of the table, isn’t he?

“No I can’t [understand the comments]. If anyone thinks the referee decided that game, they were watching a different game than I did.

On Sky Sports, Postecoglou added: “It’s a goal, mate. I’ll let it go and let our performances speak for themselves.”