NEW boss Ange Postecoglou has arrived in Glasgow to kick-start his Celtic Revolution.

Neil Lennon’s successor flew in from London today after completing his period of quarantine and was welcomed by Hoops chief executive Dominic McKay before being given a tour of Lennoxtown.

The former Australian international gaffer will begin to work with the non-internationals among the squad tomorrow morning as he gets acquainted with the players.

Postecoglou will have 12 working days with the team before the pool leave for their pre-season training camp in Wales on Monday July 5. 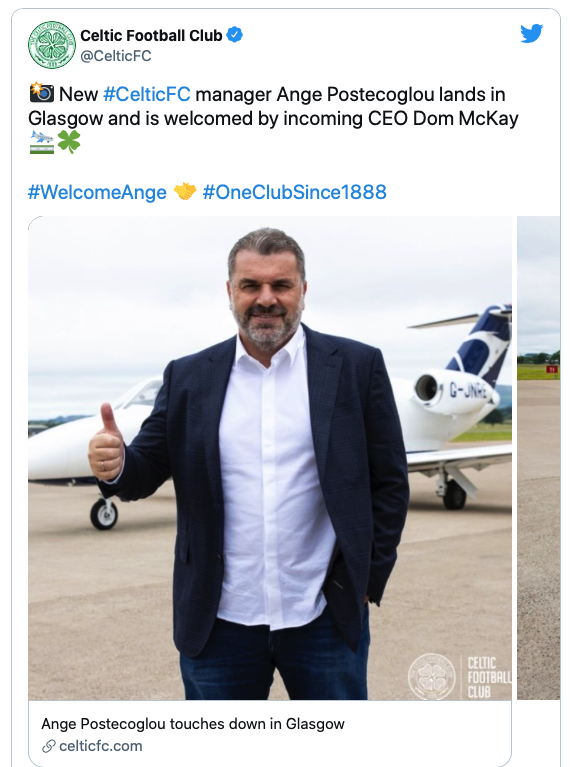 The Greek-born manager’s first game in charge will be against Sheffield Wednesday two days later and he will have a further three pre-season friendlies against Charlton, Bristol City and Preston.

His first competitive game will be against Danish side FC Midtjylland in the Champions League second qualifying round in Glasgow on Tuesday, July.

He will be without the likes of Callum McGregor, James Forrest, Ryan Christie and Greg Taylor, who were all involved in Scotland’s ill-fated three-game stint in the Euros, as he organises his first training session.

Postecoglou may pay particular attention to goalkeepers Vasilis Barkas, Scott Bain and Connor Hazard with news persisting of a move for his one-time international shotstopper Mat Ryan who is poised to leave Brighton after spending last season on loan at Arsenal.