On an afternoon laced with bizarre refereeing decisions by Willie Collum, including a nonsensical penalty-kick award, the champions came through with a victory that kept them top of the Premiership.

Sinclair, one of Rodgers’ first signings for the Hoops when he arrived in a £4.5million deal from Aston Villa in August 2016, cracked in a superb  hat-trick as he crashed through the half-century of goals for the champions.

And 20-year-old Odsonne Edouard, the club’s £10million record signing from Paris Saint-Germain in the summer, impressed his boss by coming on as a substitute in the 70th minute and scoring one and helping set up two of Sinclair’s strikes.

Rodgers said: “Scott knows where the goal is and he wants to be in there to score. 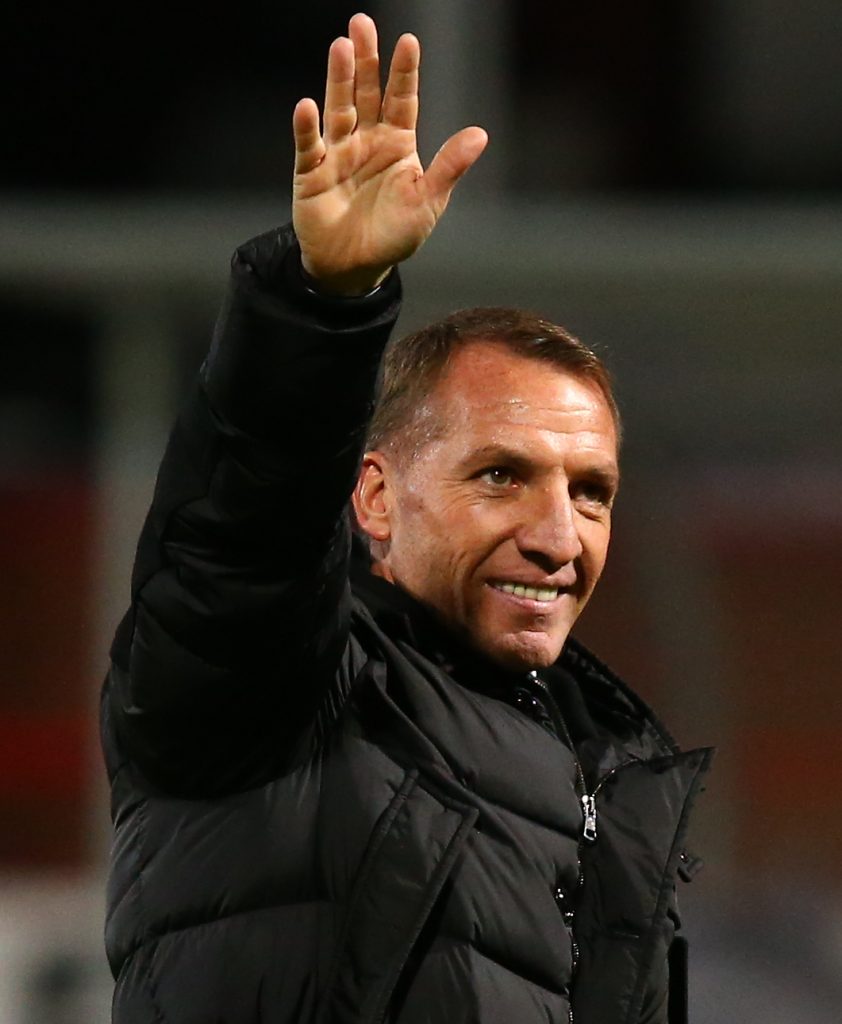 “He’s done it since he was 16 years of age and he has produced in the big games.

“He loves that type of occasion and all of his finishes were very good.

“Young Odsonne also coming into the game for that last period also made a big difference in relation to his penetration in behind. His goal was brilliant. To score with that composure and that poise.

“It’s a brilliant finish to dink the keeper and then he had the speed and power to square for Scotty’s hat-trick.”

The Parkhead gaffer, who is now preparing his team for Saturday’s trip to Ibrox and the last action of 2018 before the winter break, insisted the victory at Pittodrie – their third victory over Derek McInnes’ outfit in this campaign – was more comfortable than the final scoreline suggested.

He said: “At 4-2, it’s a reflection of the game, but they score late on and it maybe looks tighter. 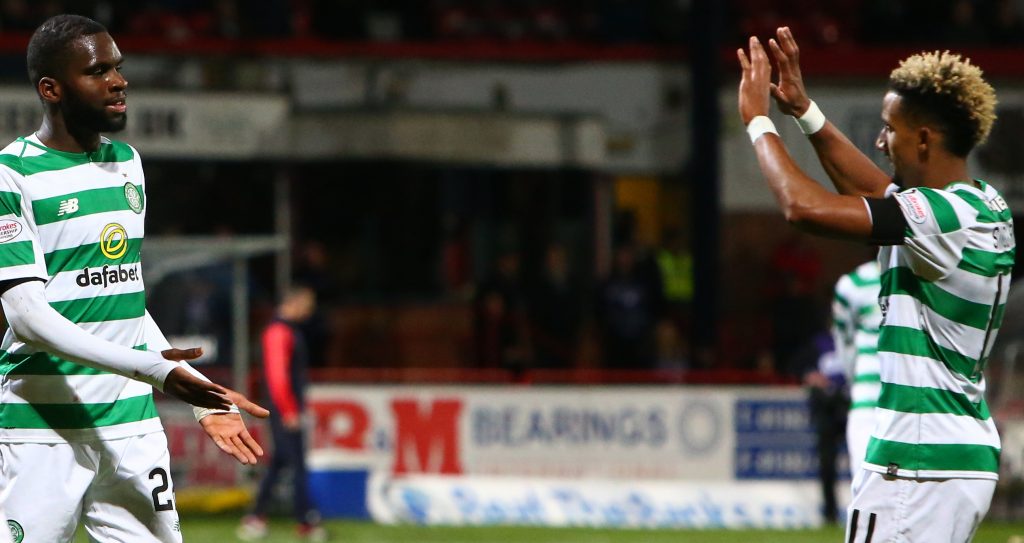 TWO OF A KIND…Odsonne Edouard and Scott Sinclair celebrate another goal. Pics: Geo.

“But it’s a brilliant result and a very good performance against a team with which Derek has done a brilliant job.

“He makes them very competitive, they make it difficult home and away or at Hampden, but we earned the victory with a very good performance.

“It was a very good game and we thoroughly deserved to win. We had control for large parts of it and scored a very good first goal in terms of how we wanted to work against Derek’s shape.

“They make it difficult because they man-mark you and you have to try and find the solutions in the game. We did that well for the first goal and then gave away a daft penalty which we shouldn’t concede.

“Then, obviously, we don’t create so much for the rest of the first half, but then second-half we had a better positioning.

“It allowed us to circulate the ball better and camp more in their half, which I thought that we did.

“Once they start to tire, the opportunities then come for you.

“I don’t think it was a penalty when Graeme Shinnie fell over, but, obviously, that gives Aberdeen some oxygen in the game.

“Our two centre-halves were good and they had to be because Sam Cosgrove is physical and hard to play against.

“We just need to analyse one or two defensive lapses. Obviously, one of the penalties wasn’t, but the first one we could have been better in and we just need to tidy up. Other than that, we were very good.”

Rodgers added: “Our idea was to play without a direct striker up against them, but one who could play freely.

“Ryan Christie did that very well and from that he was able to drag Andrew Considine into slots and that worked well for us in the first-half.

“Derek changed it to get the boy Dominic Ball to go and track him and cover him, but if you work the ball and pass it and be patient and move it at speed, it can tire the opponent out in the last 15 minutes.”