BERTIE AULD is backing Brendan Rodgers to steer Celtic back on course after encountering some early-season turbulence.

The Lisbon Lion also believes some critics are over-reacting to the fact the Hoops have lost two and drawn one of their first six Premiership games.

Auld said: “I don’t recall any team ever winning a title in September. Let’s face it, if my old club go on and pick up an eighth successive crown, will anyone remember where they were in the table after a few games?

“It’s where you are at the end of the marathon that counts. There are a lot of people making an awful lot of noise who clearly don’t know what they are talking about.

“Some haven’t spent any real amount at a big-time club to understand the pressures that are involved at playing at that level.

“Even Jock Stein had his critics. When Celtic had a stutter in the sixties or early seventies there would be all sorts of talk about the bubble being burst and opponents sussing out how to play against us.

“Big Jock ignored the circus and got on with the job and made sure everyone continued working hard to maintain the values of the team. 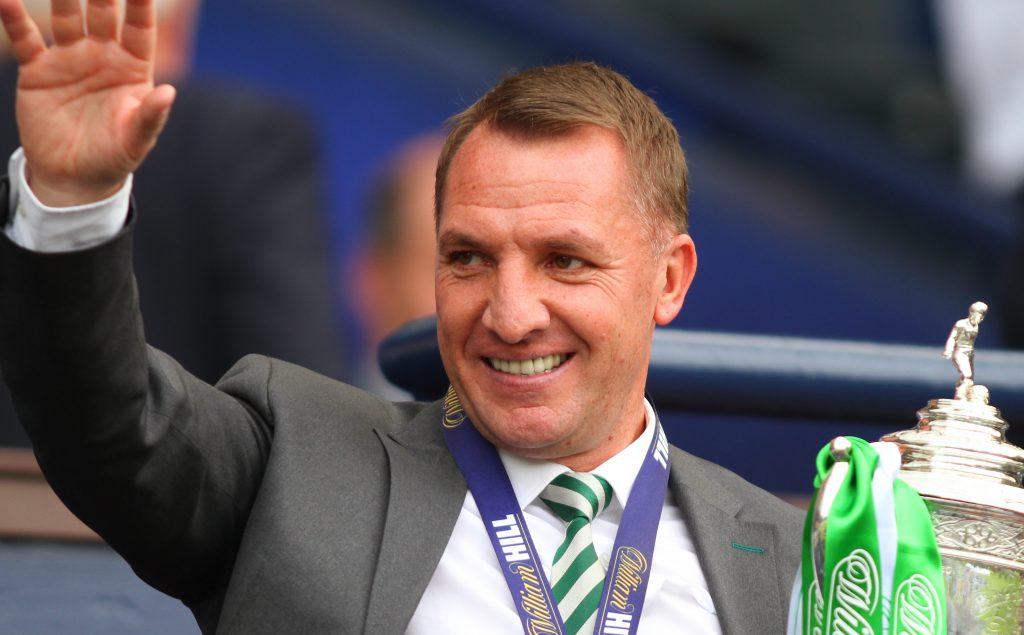 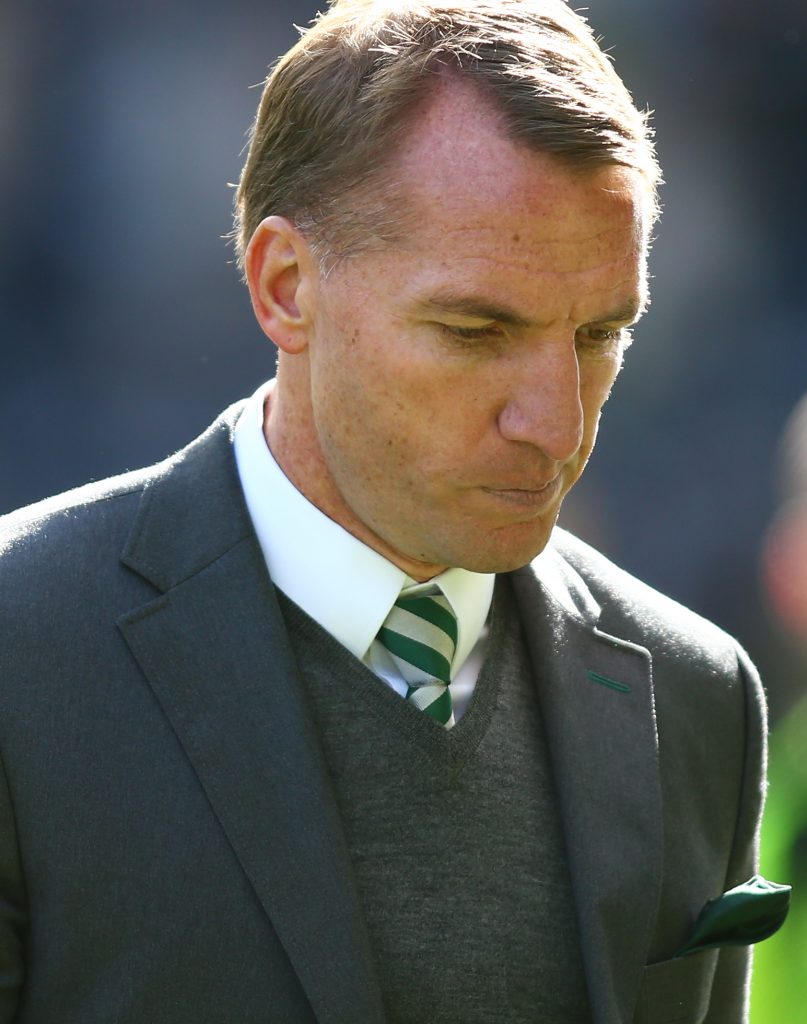 “No club is guaranteed an exceptional performance and a good result in every game. You can’t even begin to believe you are going to stroll through a month of football without some sort of obstacle being put in front of you.

“Listen, what Celtic achieved under Brendan Rodgers in his first two seasons has been nothing short of phenomenal.

“He has done something even Big Jock couldn’t manage and that is the double treble. That’s going to be in the history books and that will be testimony to the manager for all time.

“But I get the impression Brendan, like my old gaffer, is a believer in hard work to maintain consistent performances and to make sure you are the team everyone wants to beat.

“I accept Celtic appear to have lost a bit of their cutting edge, there’s no arguing with six goals from six league outings.

“But I wouldn’t bet against things clicking into place and Celtic taking off in the right direction again.”

Auld, now 80, believes the Hoops are missing the creative qualities of Stuart Armstrong, who was sold to Southampton for £7million in the summer.

The former midfield mastermind said: “I’ve been a manager and I know there are reasons behind every transfer – including this one.

“When I first took over as boss of Partick Thistle in 1974, the board told me they were about £88,000 in debt and the bank were making some threatening noises.

“I sold Ronnie Glavin to Big Jock at Celtic and the transfer fee helped smooth matters with the money people. I didn’t want to sell Ronnie who was a goalscoring midfielder. But a sacrifice had to be made.

“I don’t knows the ins and outs of Armstrong’s transfer, but, remember, Olivier Ntcham had taken over his role alongside Scott Brown in the run-in to the previous season. 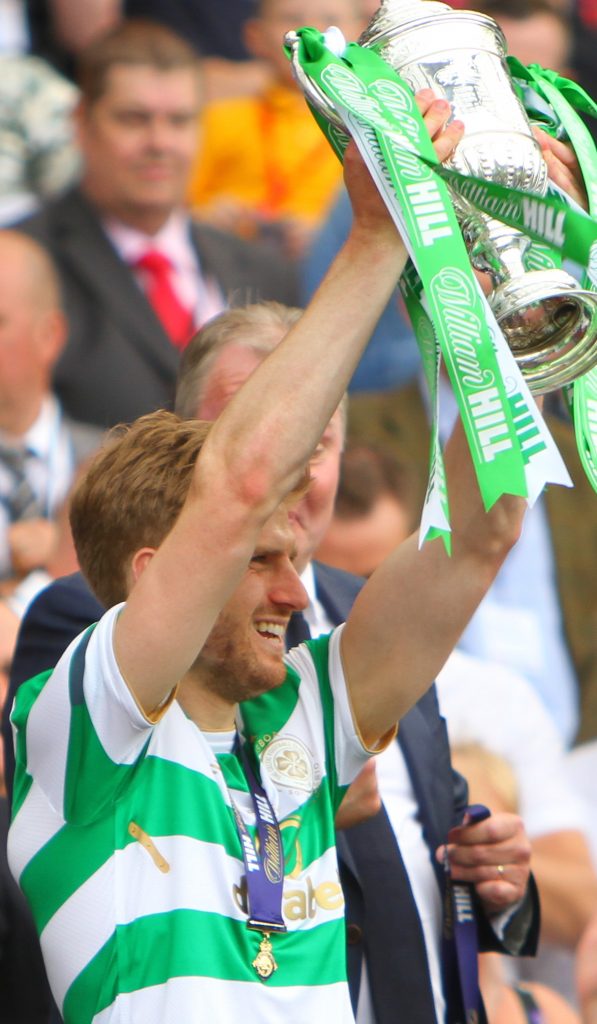 THE LAST PICTURE SHOW…Stuart Armstrong’s final appearance for Celtic following the Scottish Cup win over Motherwell in May. Pics: Geo.

“It was the Frenchman who played in the 2-0 Scottish Cup Final victory over Motherwell with Armstrong coming on as a late substitute.

“So, at £7million, it probably looked as though the price and the timing were both right.

“On a personal note, I would have liked John McGinn to have been put in place before Armstrong moved. I’m a fan of the former Hibs man who, of course, joined Aston Villa instead of Celtic.

“Armstrong and McGinn are different players, of course, but both have a lot of drive, energy and creativity in the engine room of the team. Plus they can throw in a goal or two.

“Ntcham provided all of the above in the win over Rangers earlier this month, but he was suspended for Sunday’s game against Kilmarnock and I think he was missed.

“Youssouf Mulumbu came into the line-up for his debut and performed quite well, but, to be fair to the lad, he hadn’t played a competitive game since the end of last season and it was bound to catch on him, so it was no surprise when he was substituted.

“Celtic weren’t at their best at Rugby Park, there’s no denying that fact, but you know your luck is out when the opposition score with virtually the last touch of the ball.

“There’s no way back in those circumstances. But let’s have no talk of a crisis. The standards may have dipped, but there is nothing to suggest it will be permanent.

“There are far too many good players at Celtic being managed by a top-class coach to write them off and start questioning their credentials.”

* DON’T miss the best match report and the top action images from St Johnstone v Celtic this evening – in your champion CQN.