Celtic Quick News on News Now
You are at:Home»Latest News»‘BIGGEST LEAGUE WIN OF ALL TIME,’ HARTSON
By CQN Magazine on 8th May 2022 Latest News

JOHN HARTSON insisted Celtic’s title success “would be the biggest league win of all time” – NINE months ago!

The legendary Hoops striker was reviewing Ange Postecoglou’s start to his career as Neil Lennon’s successor when he made the dramatic comment, as CQN reported on August 12.

The Greek-Australian gaffer had just witnessed the Parkhead side going out of the Champions League at the first qualifying hurdle on a 3-2 aggregate loss to the Danes of FC Midtyjlland and had kicked off their Premiership campaign with a 2-1 defeat against Hearts at Tynecastle. 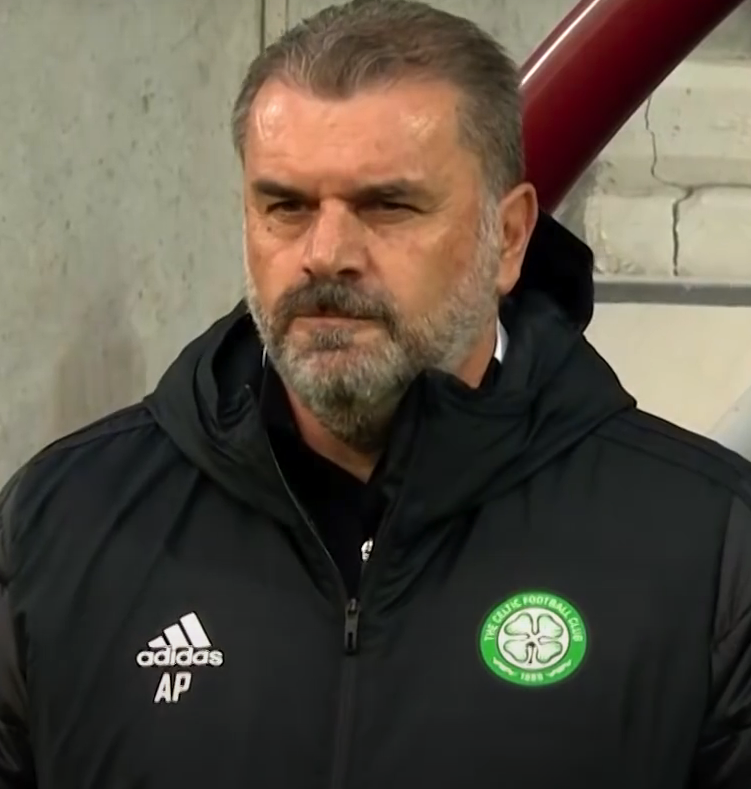 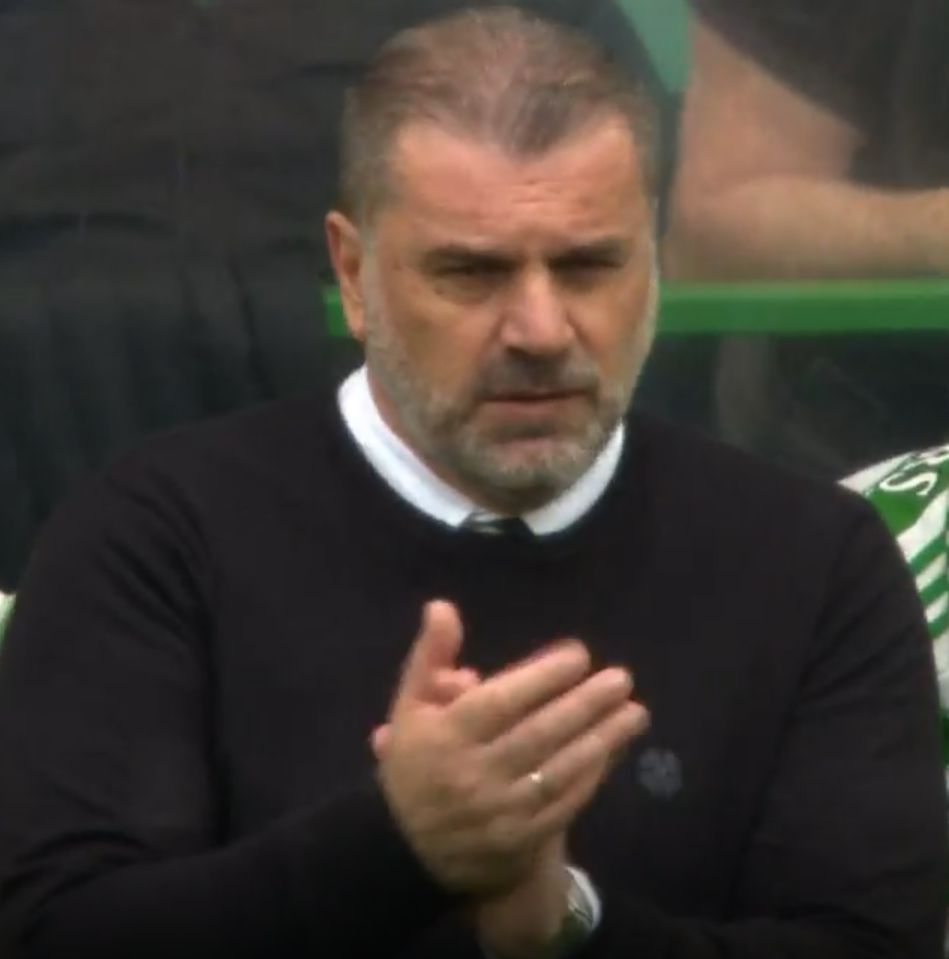 MAY 7 2022…Ange Postecoglou applauds his Celtic players during their 4-1 victory over Hearts at Parkhead to just about seal the title.

Postecoglou was coming into the club in the midst of the wreckage of the previous term when the team blew the opportunity of a historic tenth successive championship as they limped in an inexplicable 25 points adrift of Steven Gerrard’s Ibrox outfit.

It was a sensational fall from grace and ultimately cost Lennon his job when he departed only two days after an embarrassing 1-0 flop in Dingwall on February 21 against relegation-threatened Ross County, the same team who had come to the east end of Glasgow in November to knock the holders out of the League Cup they had won on the four previous years.

Hartson said: “If Ange was to go and win the league this season at Celtic, it would be the biggest league win of all time.

“When you think where Celtic have had to come from, changing the manager, he’s come in with no director of football, no head of recruitment, he’s almost picking the players himself, so we’re led to believe. He’s almost had to build a new team right from the goalkeeper all the way up to a centre-forward. 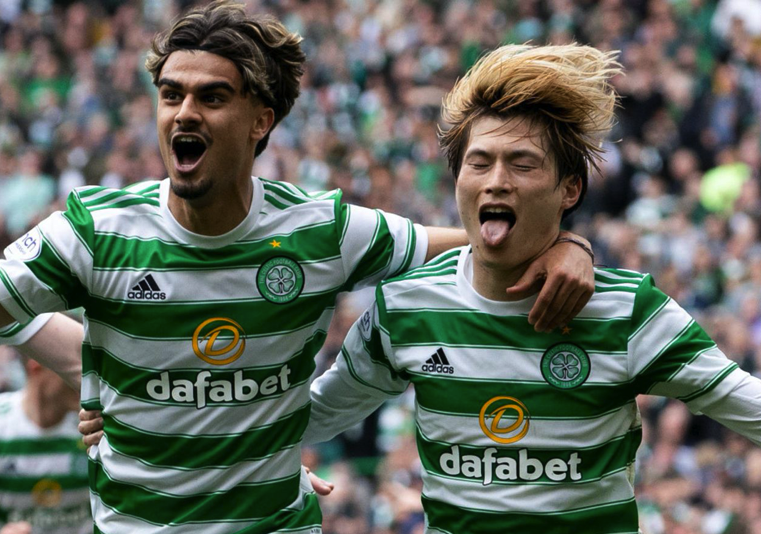 PRIZE GUYS…Filipe Jota and Kyogo Furuhashi, two players brought to Celtic by Ange Postecoglou in the summer, celebrate the Japanese striker’s goal to make it 2-1 against Hearts.

“Listen, it can be done, I think there’s a bit more investment to come in at Celtic – I think they will bring in another three, four, possibly five players before now and the end of August.

“They are going to even stronger again. I said at the start of the season it’s Rangers’ title to lose, I still believe that, on the strength of how well they did last season.

“But things can change very, very quickly in football as we know.”

And that’s exactly how it has turned out, of course.

Postecoglou and his new-look Celtic team – with TEN of the 16 players utilised against the Tynecastle team yesterday brought to the club by the manager – are now nine points ahead with two games to play. 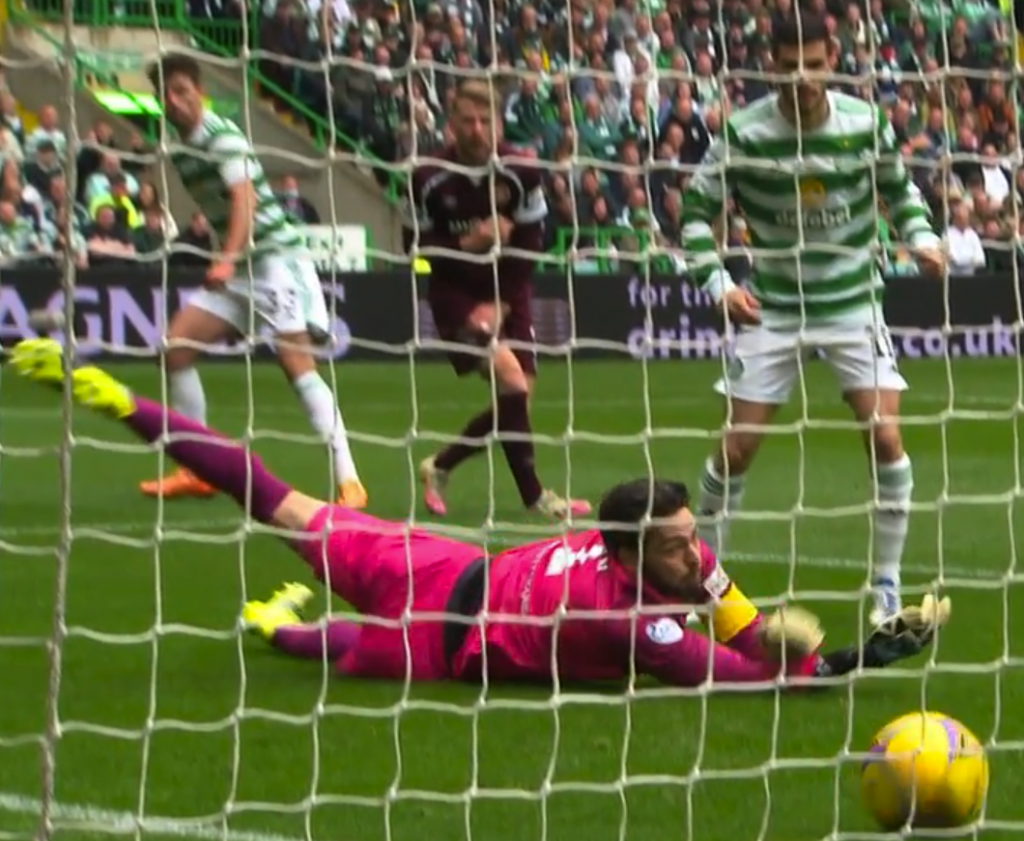 They have a monumental TWENTY-TWO strike advantage in goal difference and the championship is as good as in the Parkhead trophy room.

After yesterday’s breathtaking success, Hartson tweeted: “Brilliant day at Celtic Park today. Celtic played some incredible football.. scored 4 could have been much more. Ange has worked a miracle this season.. some job he’s done.”

As the Welsh international icon said back in August: “Things can change very, very quickly in football as we know.”

Big Ange would undoubtedly agree with that sentiment!