THIS morning’s funeral of Celtic legend Billy McNeill will be screened live at Parkhead for fans unable to attend the service which is due to start at 11.30 at St Aloysius Church in Glasgow city centre.

The club great passed away a week ago last Monday at the age of 79 after a long battle against dementia.

The McNeill family issued a statement on Celtic’s club website, thanking fans for the “kind messages”, adding: “They have cheered us up tremendously at this difficult time. The love and affection shown towards our father is nothing short of amazing and is something we will never forget.”

McNeill’s relatives praised the nature of the celebration of their father’s life before the champions’ 1-0 win over Kilmarnock, in which Hoops central defender Jozo Simunovic scored with the 67th minute showing on the stadium scoreboards.

“The displays and tributes played before last Saturday’s match reiterated what a special club Celtic is and how big a part of our father’s life it was,” they said. “Then for our No.5 to score the winning goal was truly magical. 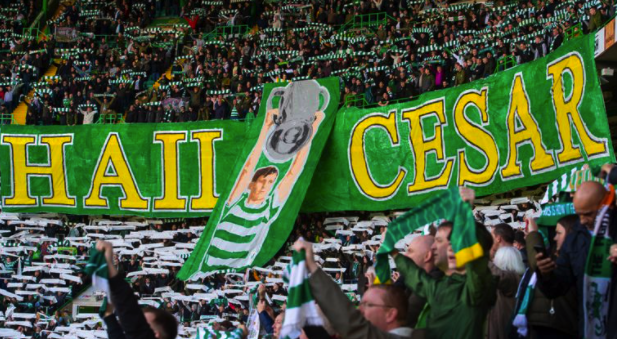 “We would also like to thank all the clubs who marked his passing with a minute’s applause. We really appreciate all the respect shown towards our father.

“Our father always made time for the fans and knew how important they are so we would like to send an open invite to help us pay our respects to him.”

McNeill, of course, was the captain of Celtic’s greatest-ever team which became the first British club to conquer Europe when they beat Inter Milan 2-1 in an unforgettable occasion in the sunshine of Lisbon on May 25 1967.

Jock Stein’s unstoppable line-up won everything that incomparable campaign with their influential centre-half and captain the leader on the park.

Unfortunately, Stevie Chalmers, the man who scored the winning goal in the Portuguese capital, died one week after McNeill at the age of 83.

The Scotland international striker battled against the same awful affliction.