Celtic Quick News on News Now
You are at:Home»Latest News»BILLY REMEMBERED: A CELTIC FAN’S TRIBUTE
By CQN Magazine on 31st May 2019 Latest News

CELTIC legend Billy McNeill passed away on the evening of April 22 at the age of 79.

Over the next fortnight, CQN will be publishing EXCLUSIVE extracts from author Alex Gordon’s book in honour of the club great. ‘BILLY McNEILL: In Praise of Caesar’.

Today, we start with a tribute from lifelong Celtic supporter Eddy Grady who provided the words and the images in his praise of the former captain and manager.

WHEN we speak of Billy McNeill, it is difficult to identify an adjective that someone else has not already used to describe this man of great stature. In my humble opinion, Billy will always be ‘Mr Celtic’.

As a player, to which, sadly I did not get the chance to see, there are two iconic images of Celtic’s greatest captain that will totally remain in my mind. The first one is Big Billy holding aloft the European Cup in the marble palatial setting at Estadio Nacional stadium in Lisbon in 1967 and the other is being carried by Celtic team mates after having just completed nine league championships in a row in 1974. 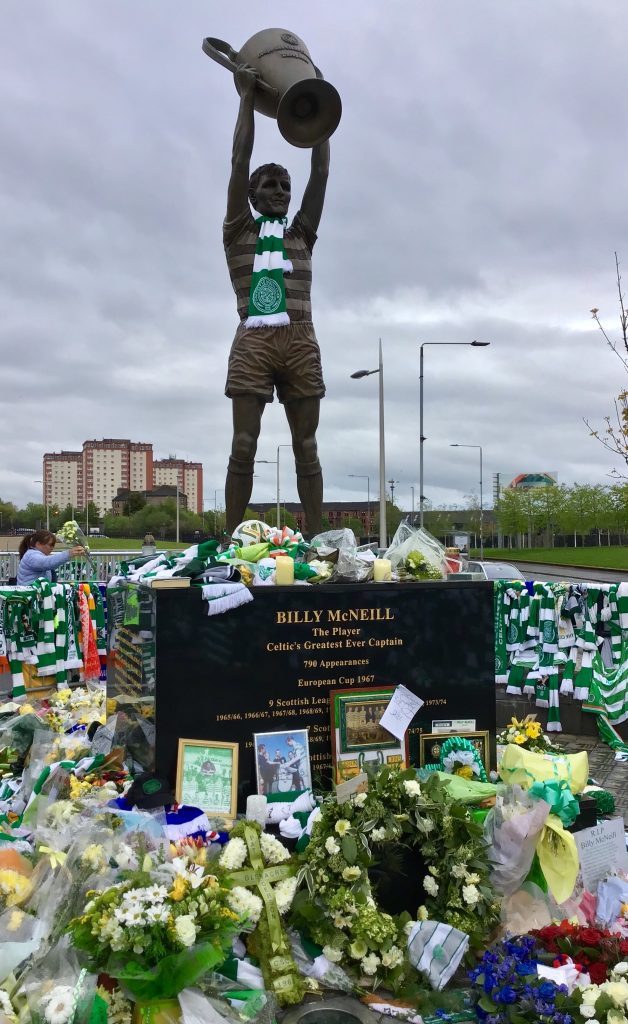 Therefore my time of experiencing Billy in football, per se, was more so when he was manager. I have memories of going to my first Celtic home match in 1978 at the age of 11 when Billy and John Clark had not long taken over from Jock Stein. Although my most favourite season with Billy as manager was during the famous 1987/88 season. He managed the squad impeccably and his delivery pre/post match was always to his credit of professionalism. In his own words, Billy refers to Celtic as fairytale club in winning significant trophies during its history. That indeed was the case in being the first club to win a double in its centenary year.

Since about 1998, I have had great pleasure of getting to know big Billy as a Lisbon Lion, ex manager and ambassador of Celtic. This has been achieved through collecting memorabilia. With my specialisation being the 1967 European Final, special anniversaries and the Centenary Year, Billy has played a very significant role in helping me have numerous things autographed by him and the 1966/67 European Campaign squad. 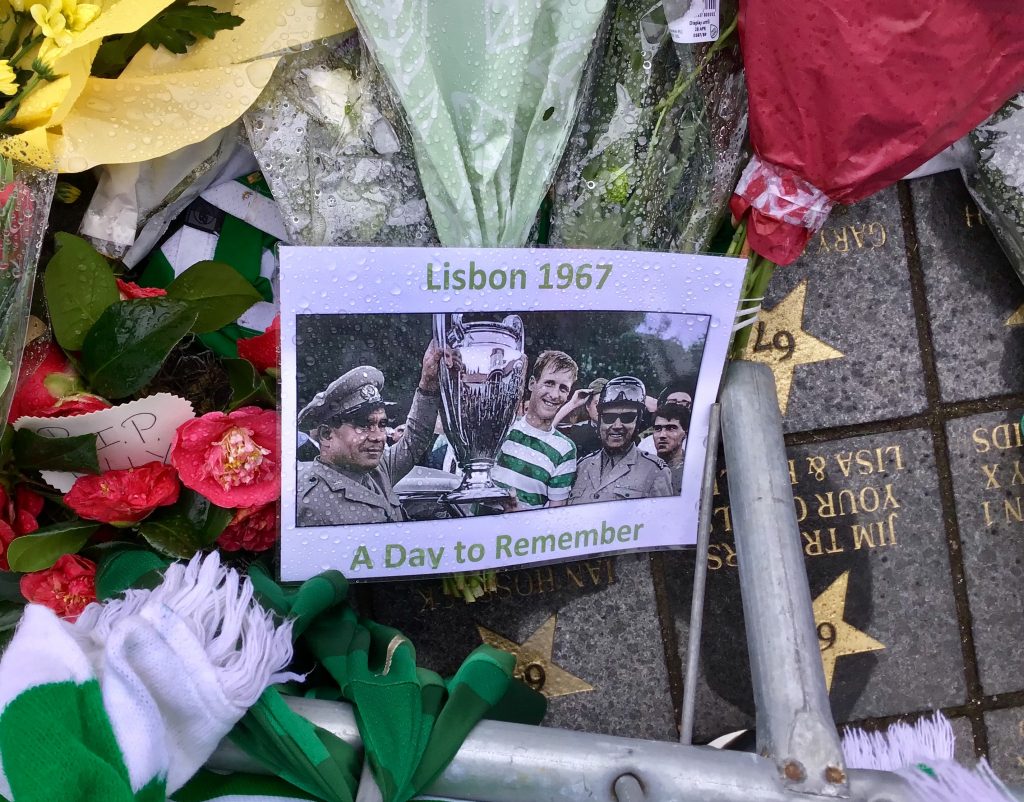 Chatting with Billy in different capacities has always brought great satisfaction. Not only on the basis of being an absolute gentleman, his knowledge and recollection of memories in his time as a player and manager has been tremendous. He is truly a very inspirational person.

One of my favourite times of being in his company was at Celtic Park in 2007 (40th Anniversary of the winning the European Cup). Billy was posing for a photo with my daughter, my son and the European Cup when he decided to lift her up on to table to hold onto one of the handles.

It made a fantastic photo. The family man and kindness shone through in that moment to which, I was very thankful.

Billy, many thanks for the great achievements you brought to Celtic and for helping me to grow my collection!

TOMORROW: Don’t miss Part One of Billy’s former team-mates and rivals as they pay their tributes to a true Celtic icon. 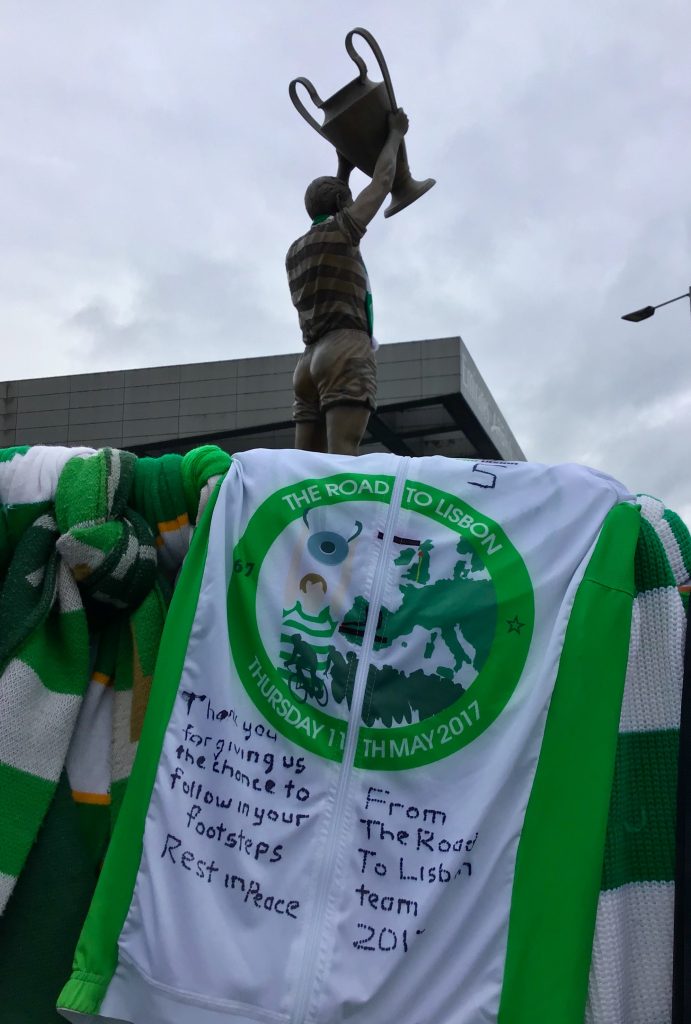 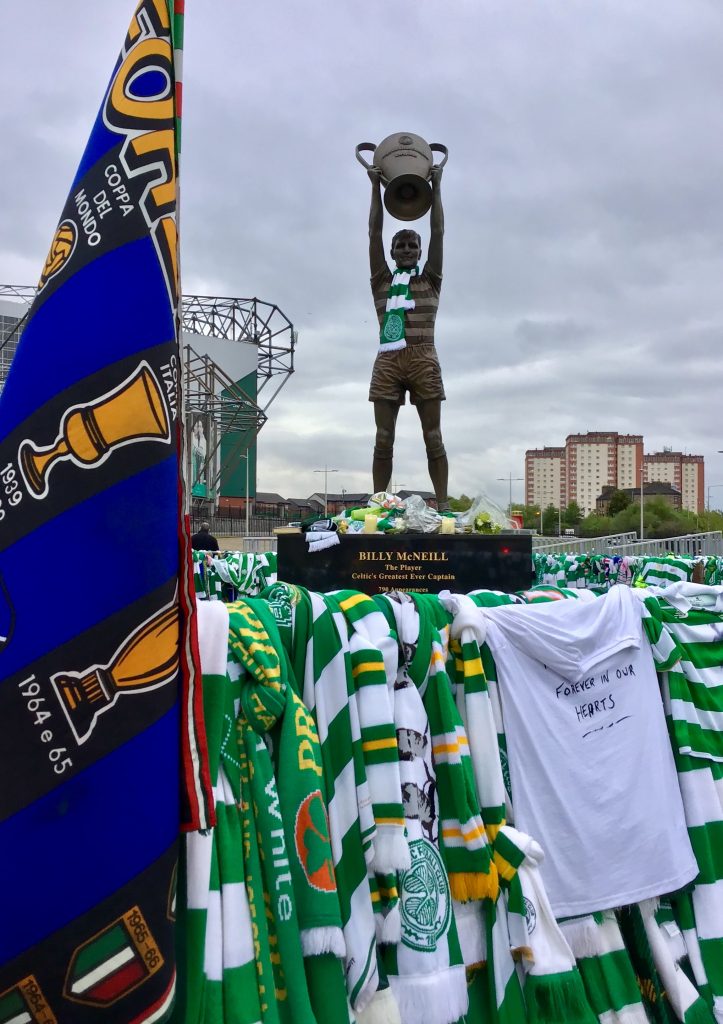 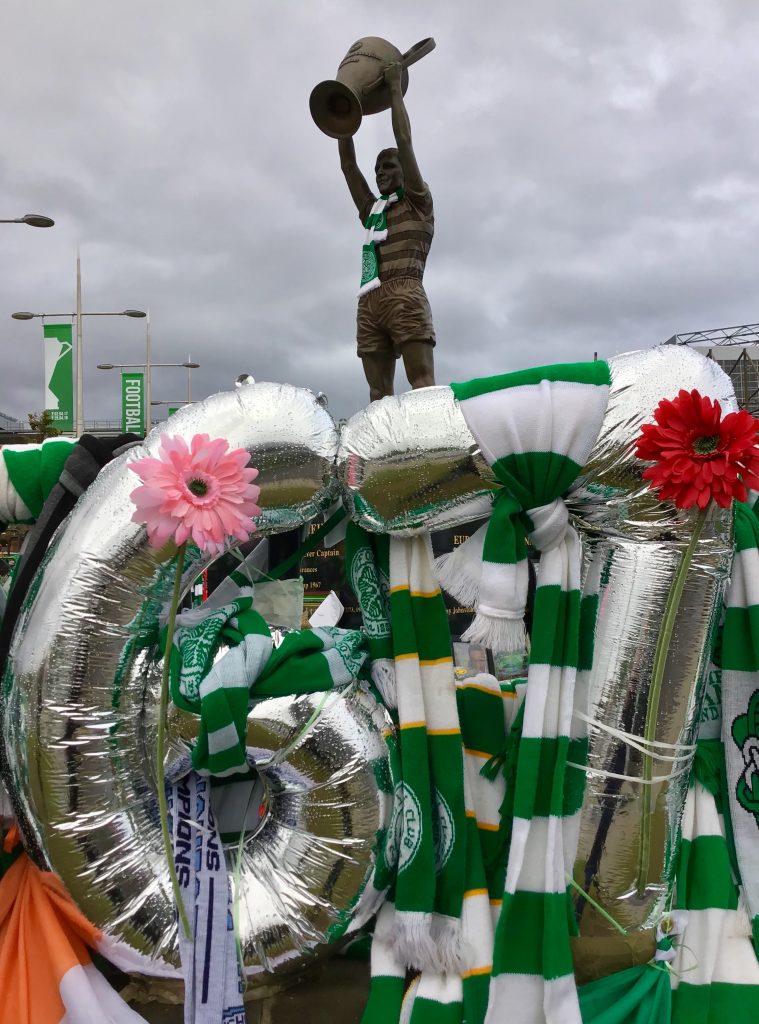