LIEL ABADA hopes to celebrate his 20th birthday with a strike for Celtic against Aberdeen at Pittodrie in the High Noon shoot-out this afternoon.

The 5ft 6in Israeli winger has been a wow since his £3.5million arrival from top-flight outfit Maccabi Petah Tikva on July 14 and netted his sixth Hoops goal with a flying header in the 1-1 draw against Dundee United a week ago.

He netted on his debut in the 1-1 draw with FC Midtjylland in the Champions League qualifier and added another Euro strike in the 4-2 victory over FK Jablonec in the Czech Republic. As well as netting against the Tannadice side, he fired in two in the 6-0 romp against St Mirren in August and opened his account in the 3-0 Premier Sports League Cup success over Raith Rovers. 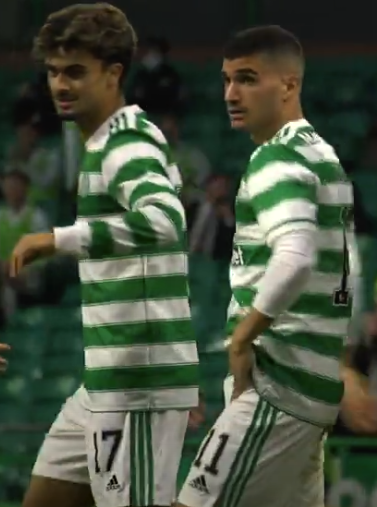 Ange Postecoglou predicted Abada would hit the ground running, as he predicted in CQN the day after the entertaining raider’s signing.

It’s been a whirlwind period for Abada who made his international debut for his nation in June in a 3-1 win in Montenegro. The touchline terror added another two caps during the recent World Cup-ties and has now played for Israel at every level from Under-16 as he continues his rapid progress.

The fans’ favourite revealed he knocked back interest from Germany, Greece and Belgium to pledge his future to Celtic and he is committed to helping to turn things around for the Glasgow club.

He could cap his special day with at least one goal against the Dons as the Hoops go in search of their first away Premiership victory of the campaign.

The CQN team wish Abada a happy 20th birthday – and hope he has reason for a double celebration this evening.