CRAIG GORDON will celebrate his 34th birthday at Ibrox today.

It’s been a rollercoaster ride for the Celtic goalkeeper to reach this stage in his career.

Gordon looked on the scrapheap when he went two years without a club, but his return to the top has been one of the game’s fairytales.

Here are some of the life and times of a remarkable professional. 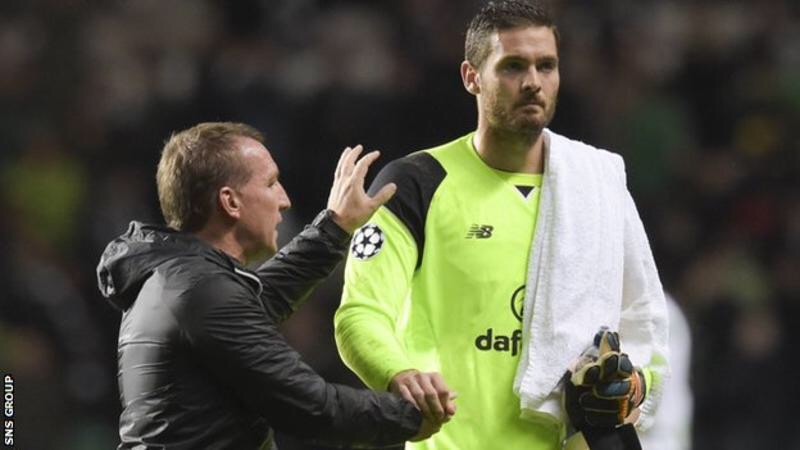 His dad, David, was also a goalkeeper and played for several East of Scotland clubs before Craig kicked off his career at local team, Currie Boys’ Football Club.

He graduated to the Hearts youth development programme before joining up at Tynecastle at the age of 17 in the summer of 2000.

Gordon was loaned out to Cowdenbeath a year later and made his debut against Stirling Albion at Forthbank. He made 13 appearances before being recalled by the Edinburgh outfit.

The 6ft-plus shotstopper made his debut for the Jambos in a 1-1 draw with Livingston on October 6, 2002.

His only other outing that season was a Scottish Cup third round tie on January 25, 2003 when Falkirk hammered Hearts 4-0.

The following season, 2003/04, Gordon made 29 appearances in the league as he took over from Tepi Molianen as the team’s number one. At the same time, he represented Scotland Under-21s five times.

He made an impressive European debut in a 1-0 win over Bordeaux in a UEFA Cup second round tie in France on November 6, 2003.

His performance that year saw him short-listed for the Scottish PFA Young Player of the Year. The award went to Stephen Pearson, of Celtic.

Gordon played another four times at the highest international level that year and has now claimed 45 caps – the last coming in the 3-0 World Cup qualifying defeat from England at Wembley on November 11 this season.

He won a Scottish Cup medal when he saved a penalty-kick from Derek Townsley in the spot-kick shoot-out after a 1-1 Cup Final draw with Gretna in 2006.

Gordon picked up the Scottish Football Writers’ Player of the Year trophy at the end of the season – the first Hearts player to win the award since Sandy Jardine in 1986.

For much of the following campaign, he was linked with a move away from Hearts, especially after he and team-mates Steven Pressley and Paul Hartley – daubed the “Riccarton Three” – issued a statement against the club’s owner Vladimir Romanov.

It stated there was “significant unrest” at Tynecastle. Ironically, all three went on to play for Celtic.

Arsenal were linked with the keeper as Arsene Wenger searched for a replacement for Jens Lehmann.

The Gunners’ boss was impressed by Gordon in Scotland’s 1-0 win over France in Paris in a Euro Championship 2008 qualifier. Wenger said: “He has presence, good handling and looks a very good goalkeeper.”

After a total of 176 games for Hearts, the goalie was bought by Roy Keane for Sunderland in August 2007 for £9million. In November that year, Gordon was inducted into the Hearts Hall of Fame at the age of 24, still the youngest player to be afforded the honour.

He agreed a five-year contract and was the highest transfer for a British goalkeeper until Manchester United paid £17million for David de Gea in 2011.

Gordon made his debut for the Black Cats in the first game of the 2007/08 Premier League season and kept a clean sheet in a 1-0 win over Spurs.

Keane dropped the keeper following a 7-1 loss to Everton in December, but he regained the position three games later.

Midway through the 2008/09 campaign, Gordon was sidelined for several months with a knee injury.

On November 7, 2009, he had his arm broken in a collision with Spurs’ Jermain Defoe and was ruled out for three months.

During the summer of 2010, he had surgery to remove a metal plate, but fractured the arm again during a training session.

On December 18, 2010 Gordon made a remarkable reflex stop to deny Zat Knight in a 1-0 win over Bolton. It was voted the best save in the 20-year history of the Premier League.

Injury struck again when suffered a tendon knee injury. He underwent surgery for the problem and also an anterior cruciate ligament injury.

He returned to the Sunderland first team against Bolton on April 28, 2012, but was one of nine players released by boss Martin O’Neill a month later.

Gordon’s career looked in jeopardy and he spent two years in football’s wilderness. Gordon helped Dumbarton with coaching duties and then trained at Ibrox during the 2013/14 season.

He stated on March 2014 he was now fully fit and wanted to resume his footballing career.

In July that year, Gordon became Ronny Deila’s first signing for Celtic when it became known Fraser Forster was heading for Southampton in a £10million deal.

He played half a game against Dinamo Dresden in a pre-season friendly and said afterwards: “It was good to get back playing. It’s been a long time, so to get out there and keep a clean sheet in 45 minutes, I’ve got to be happy with that.”

Gordon won his first silverware with the Hoops when they beat Dundee United 2-0 in the League Cup Final in his debut season. He also picked up a Premiership medal while being brought back into the international fold by Gordon Strachan.

He had 28 shut-outs in 52 outings in his first season and was voted the SFWA’s Player of the Year.

Last season he picked up a second successive league medal, but he looked to be on the way out at Parkhead when new boss Brendan Rodgers brought in his ex-Swansea No.1 Dorus de Vries from Nottingham Forest in August this year.

Gordon missed four consecutive games before coming back for the 2-0 Betfred League Cup win over Alloa.

He was out again for the next game against Kilmarnock, but De Vries was injured and came off at half-time. Gordon replaced him and has now played 20 consecutive games.

The popular keeper will be hoping for a happy 21st at Ibrox this afternoon!