Celtic Quick News on News Now
You are at:Home»Latest News»BIRTHDAY BHOY KT – AND THE START OF SOMETHING SPECIAL
By CQN Magazine on 5th June 2019 Latest News

The fans’ favourite has so much to look forward in what is certain to be a glorious career, spent, hopefully, at the club closest to his heart.

CQN, though, decided to turn back the clock to the evening of April 22 2015 when the fresh-faced youngster kicked off his spectacular journey as made his first appearance in a Celtic shirt against Dundee at Dens Park in front of 8,908 fans.

KT was introduced for Emilio Izaguirre nine minutes from time – and it was the start of something special for the teenager.

Ronny Deila made the switch with the champions leading 2-0 through goals from Gary Mackay-Steven and Virgil van Dijk, both leaving the Tayside club’s No.1 Scott Bain helpless with blistering strikes in each half. The Dens shotstopper is now, of course, a team-mate of KT at the champions. 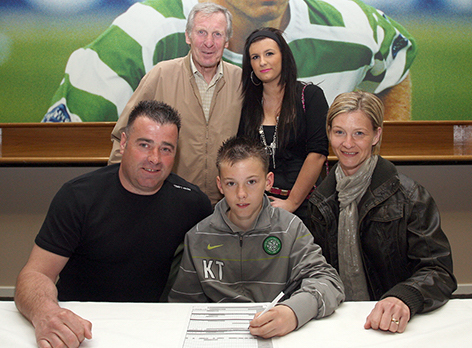 There was a fright near the end when Jim McAlister claimed a consolation for Paul Hartley’s outfit, but the Hoops were not to be undone as they moved eight points clear of Aberdeen in the title race on their way to their fourth successive crown.

On May 15, the popular Celt started his first game in a goalless draw against St Johnstone at McDiarmid Park and he took his Parkhead bow in a 2-0 Premiership victory over Ross County on August 1 where Leigh Griffiths, with a penalty-kick, and Stefan Johansen marked the occasion with the goals.

KT hasn’t looked back since.

CQN’s ace lensmen were at Dens Park, McDiarmid Park and Parkhead to capture the first glimpses of Kieran Tierney. 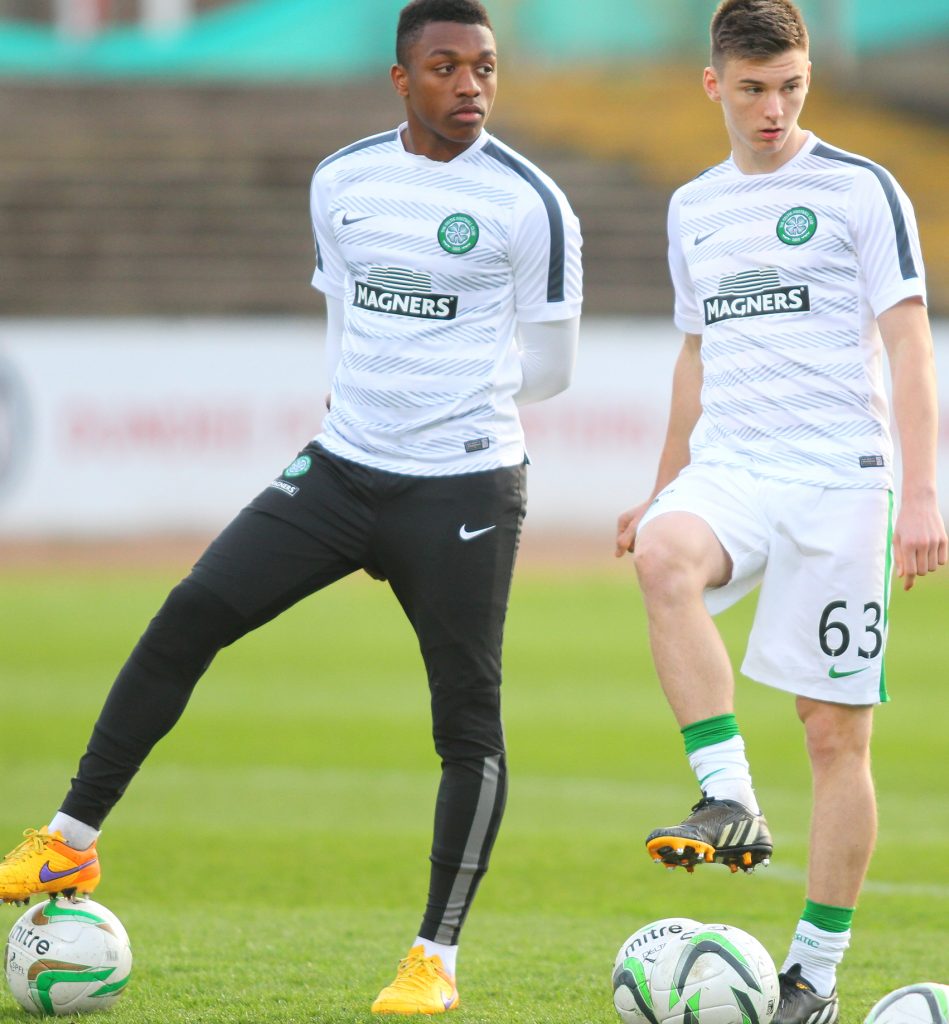 THE JOURNEY IS ABOUT TO BEGIN…Kieran Tierney and fellow-substitute Darnell Fisher before the kick-off in Perth. 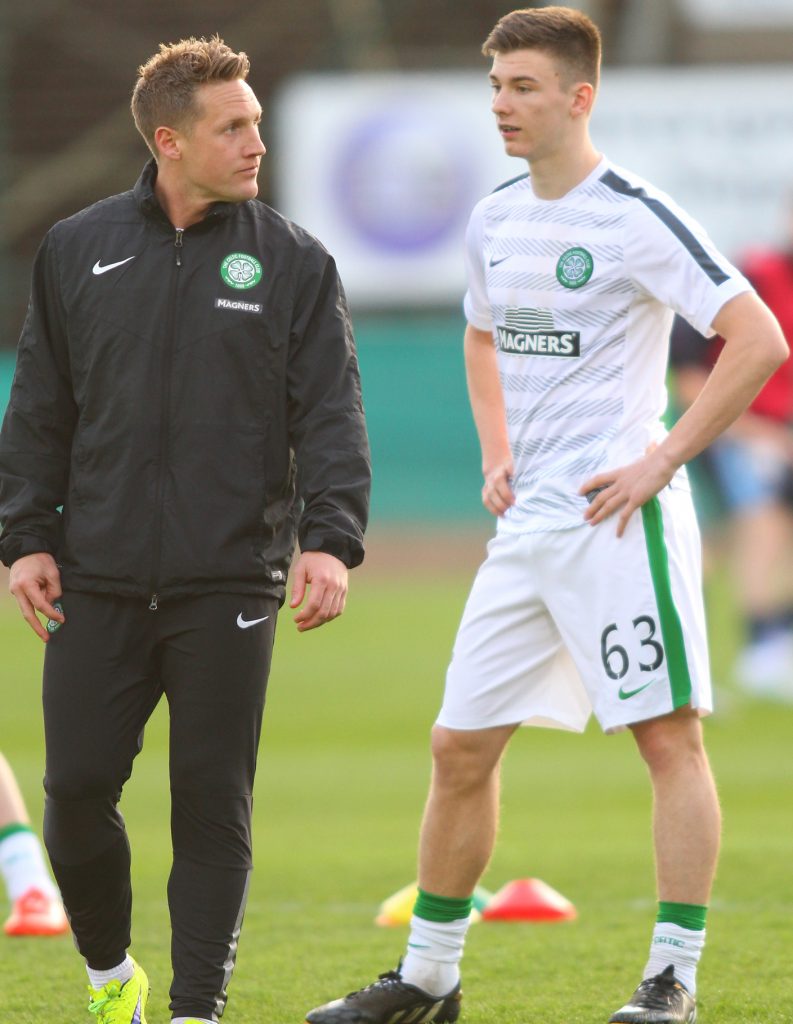 THE WAITING GAME…Kieran Tierney warms up with Kris Commons. 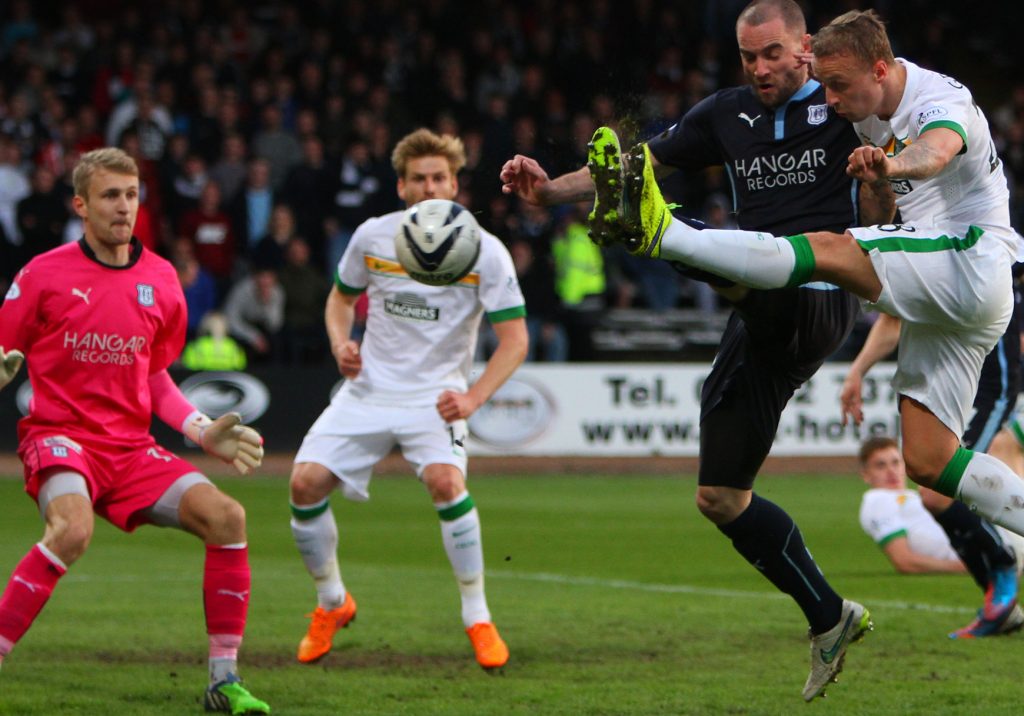 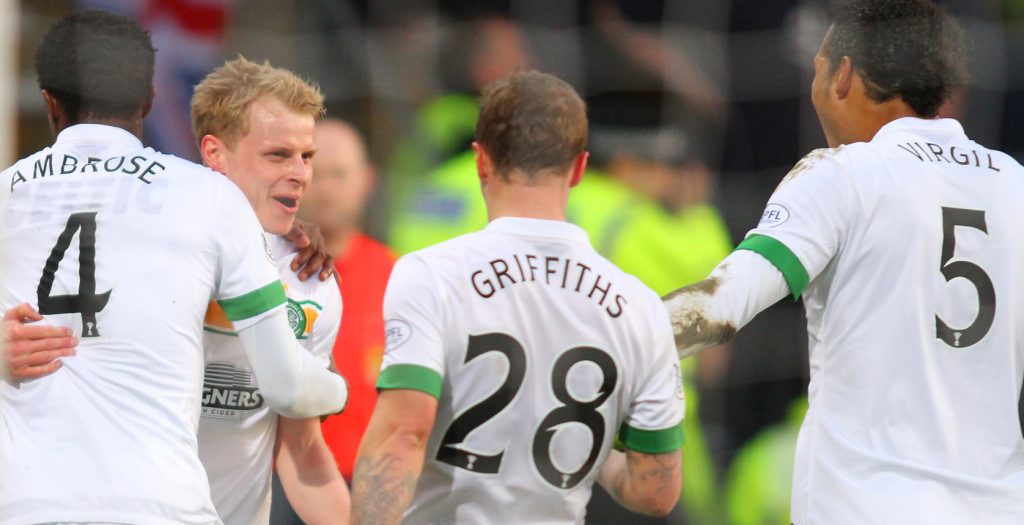 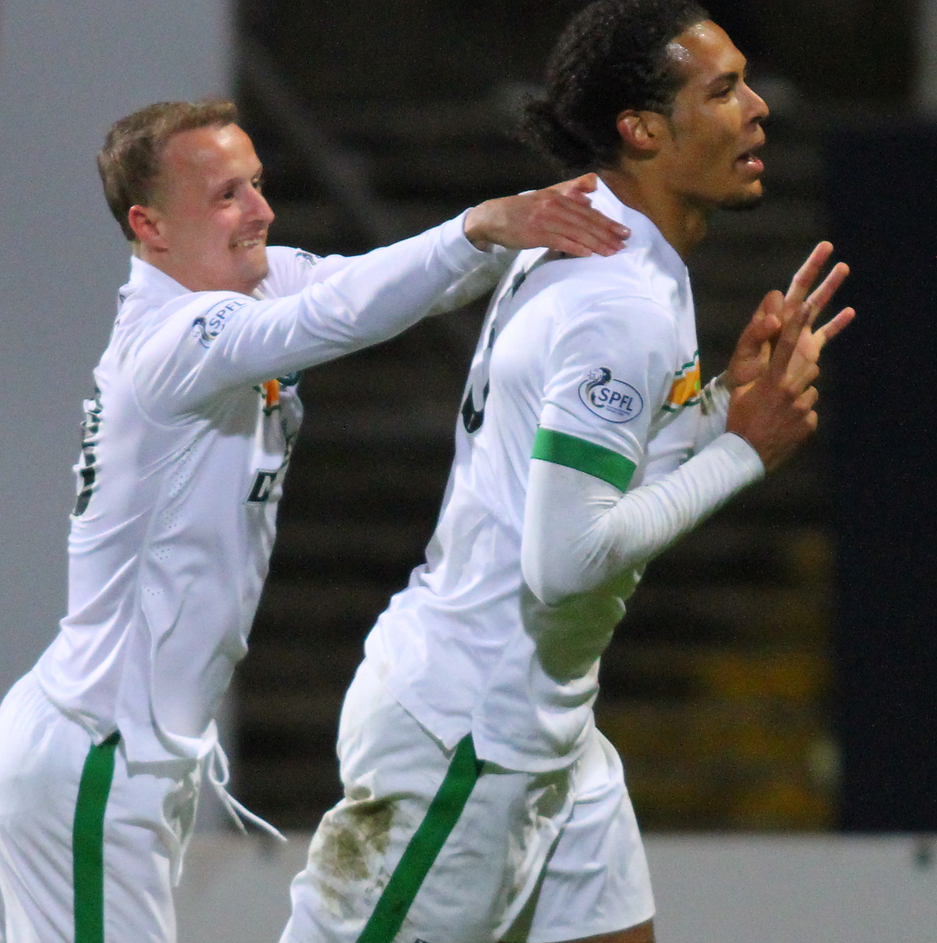 NUMBER TWO…Virgil van Dijk races away after his stunning free-kick with Leigh Griffiths trying to catch up. 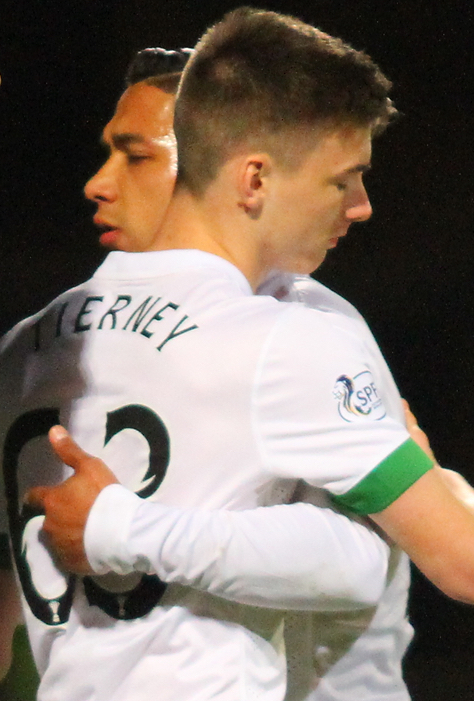 THE WAITING IS OVER…Kieran Tierney is hugged by Emilio Izaguirre as he prepares for his debut. 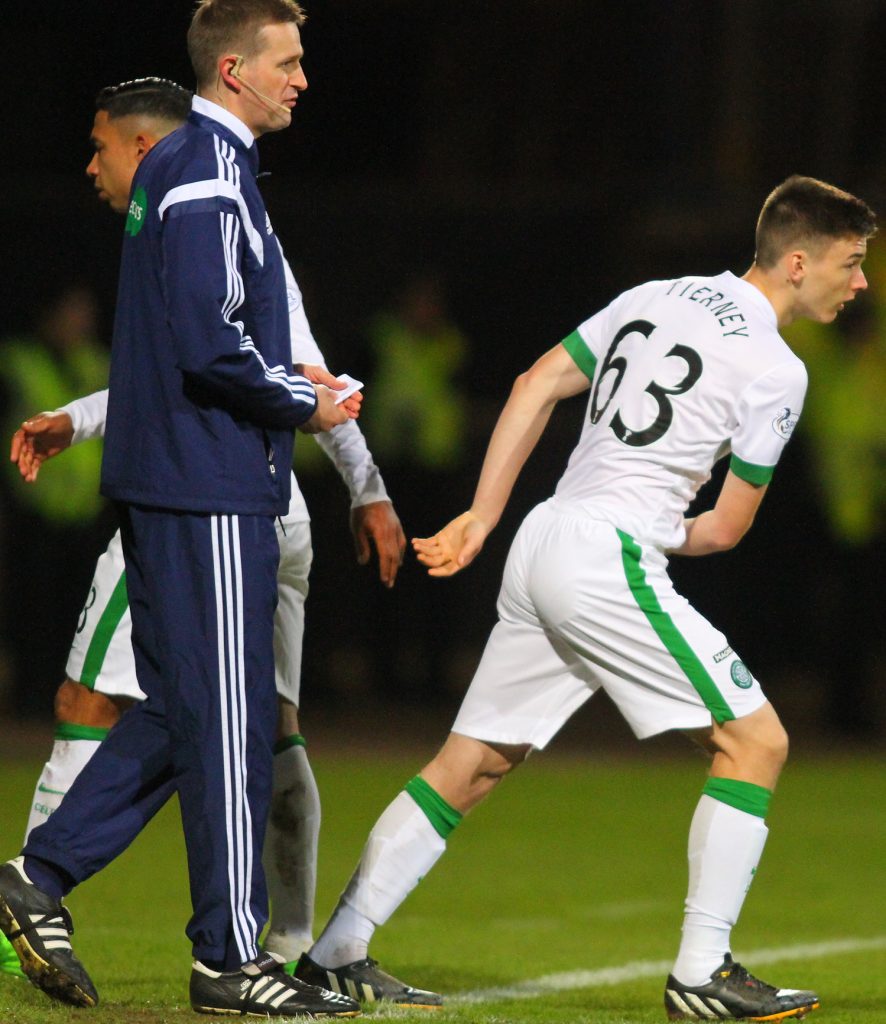 THE FIRST STEP…Kieran Tierney comes onto the Dens Park pitch as Emilio Izaguirre heads for the subs’ bench.

PLAYING HIS PART…Kieran Tierney is ready for action as Scott Brown lines up a defensive wall with Virgil van Dijk, Craig Gordon and Nir Bitton in attendance. 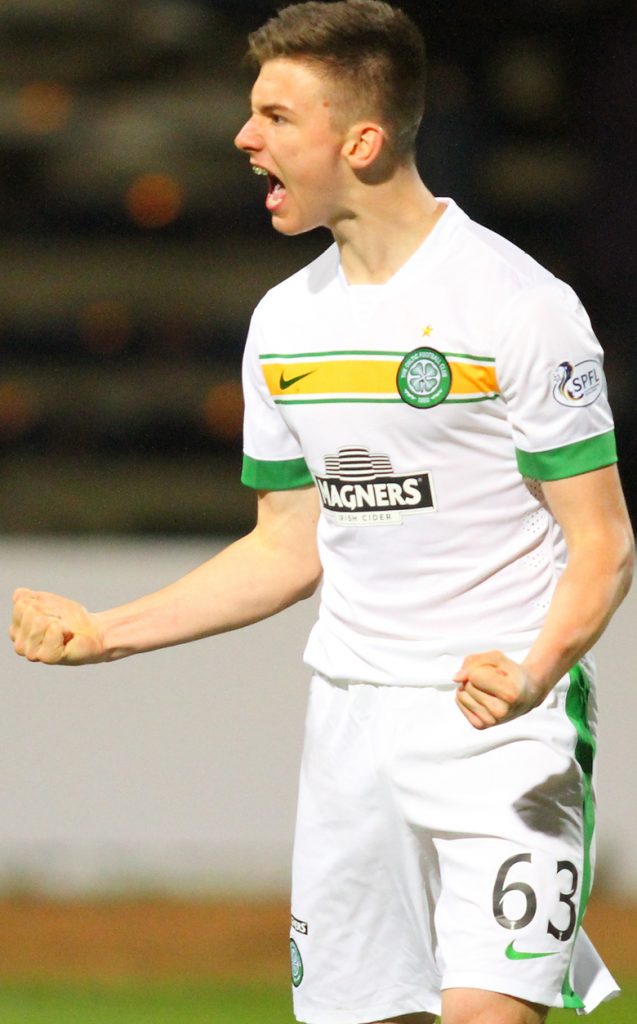 IN WITH A SHOUT…Kieran Tierney urges on his team-mates. 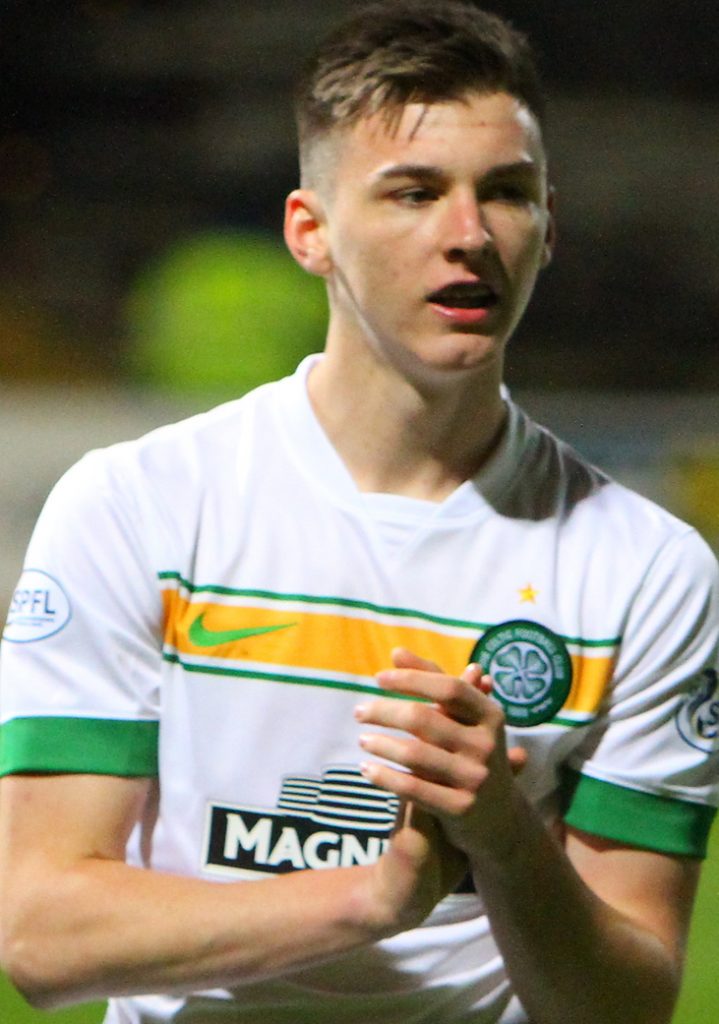 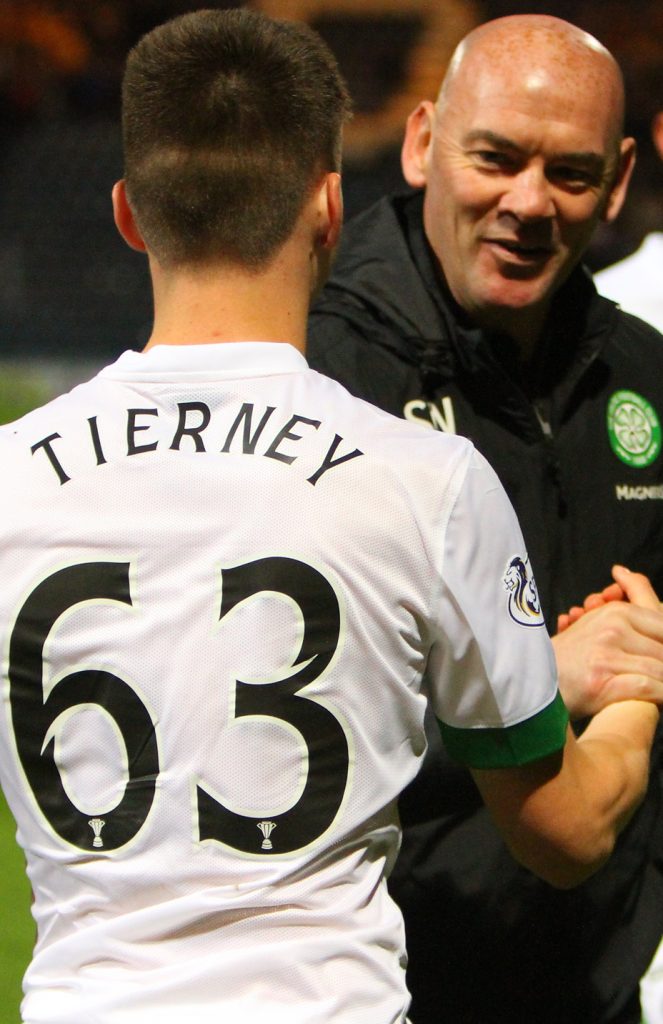 WELL DONE…goalkeeper coach Stevie Woods is one of the first to congratulate Kieran Tierney after his Hoops bow. 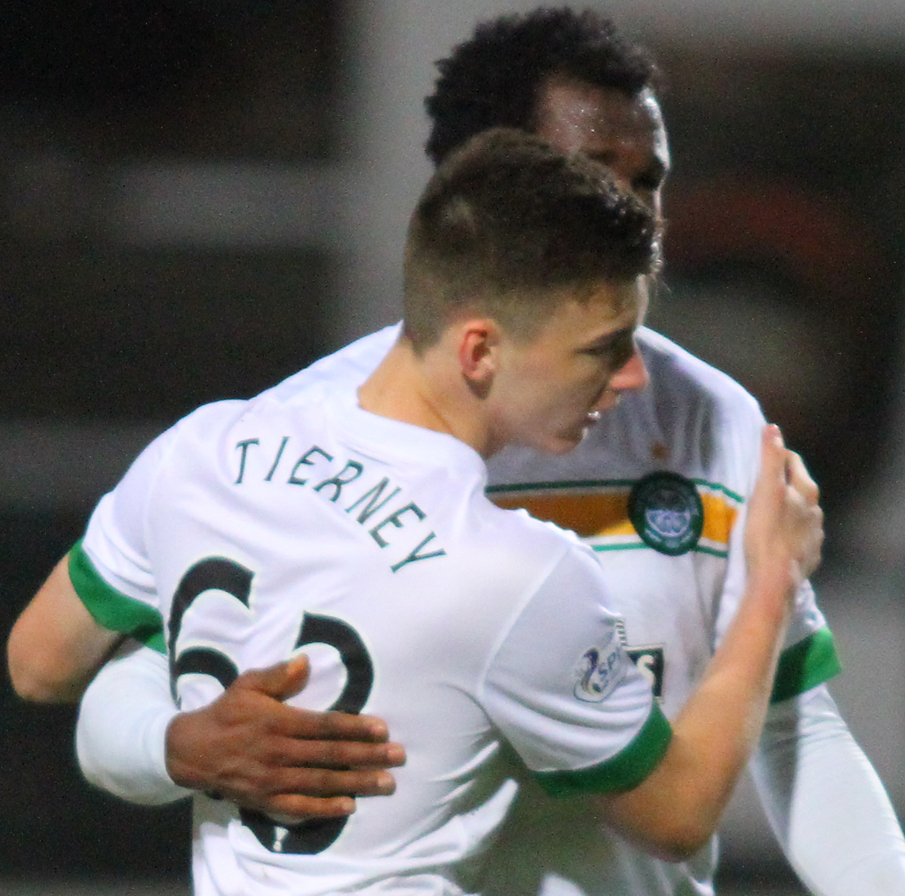 BROTHERS IN ARMS…Kieran Tierney and Efe Ambrose embrace at the final whistle. 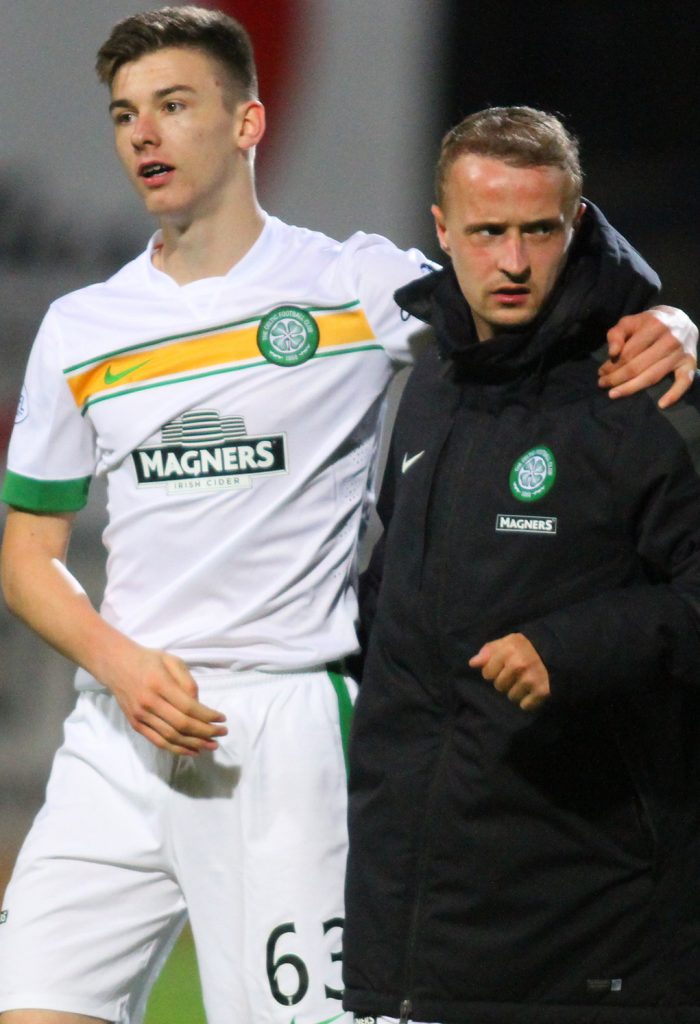 WELCOME TO THE HOOPS…Leigh Griffiths hugs the new Bhoy. 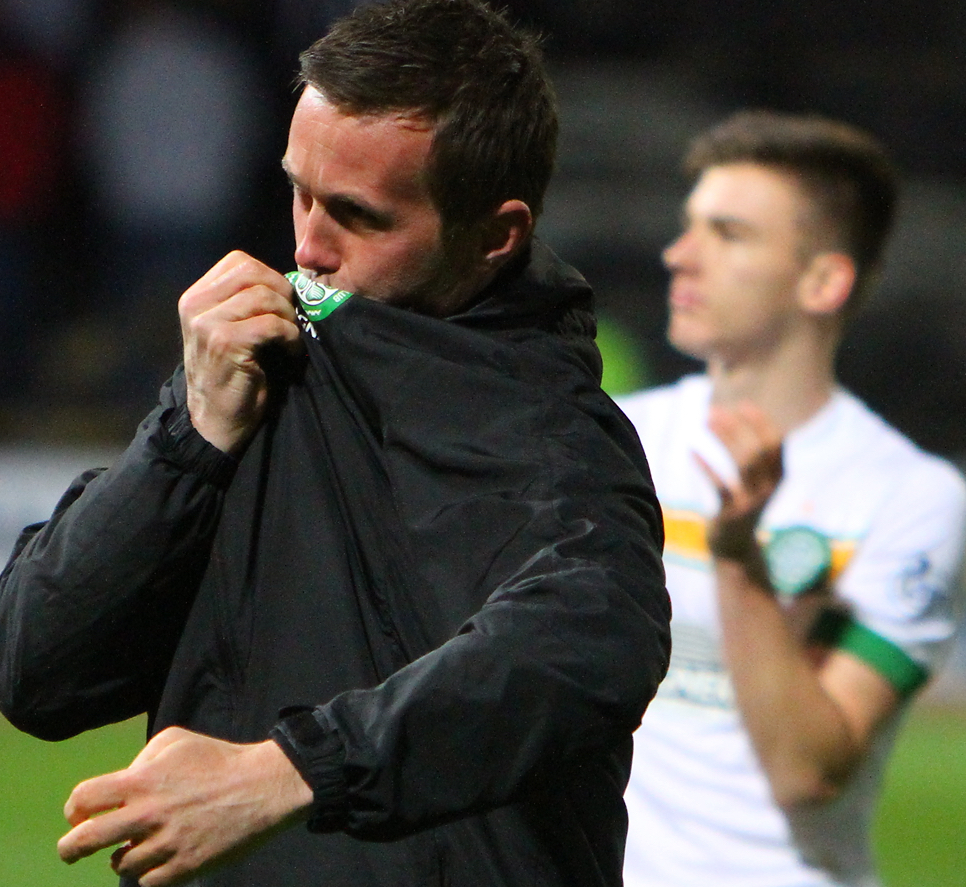 A ROUND OF APPLAUSE…Kieran Tierney acknowledges the travelling support as Ronny Deila kisses the club badge. 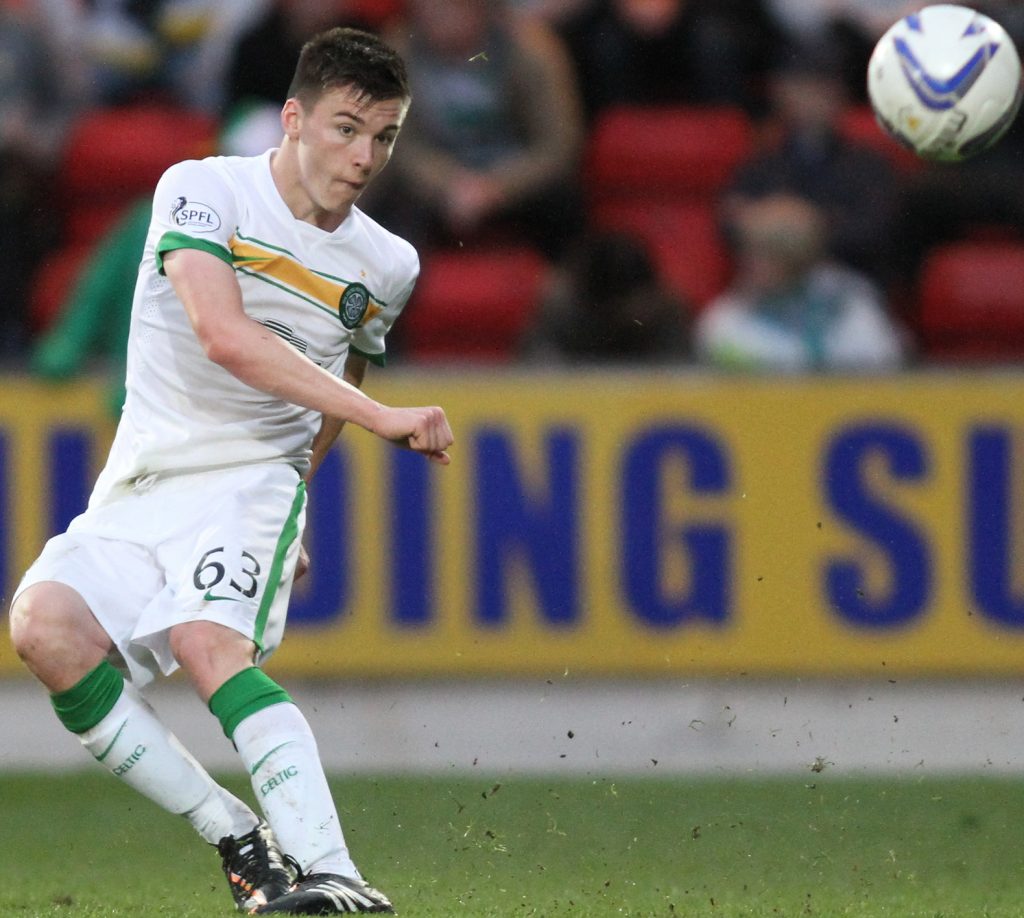 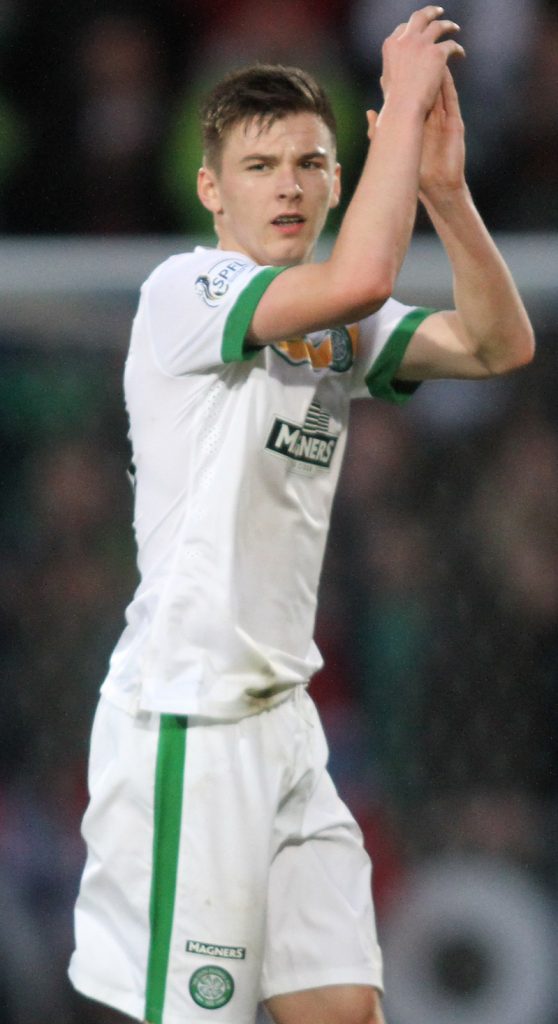 CHEERS…Kieran Tierney shows his appreciation of the Celtic supporters. 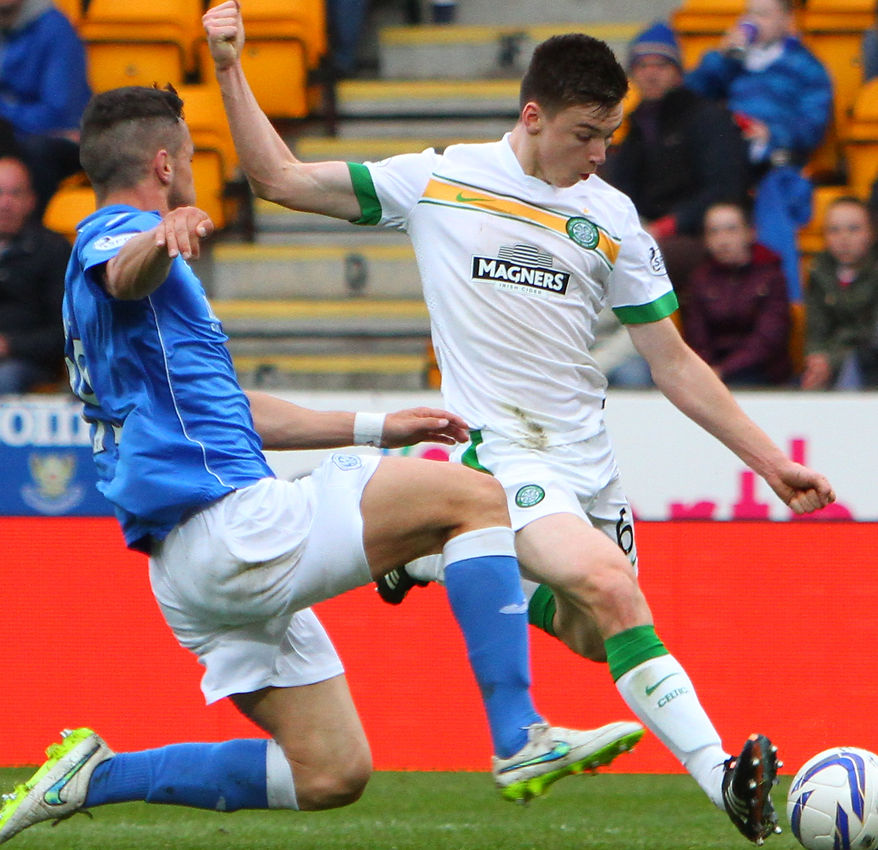 BY THE LEFT…Kieran Tierney prepares to swing in a cross as a Saints defender challenges. 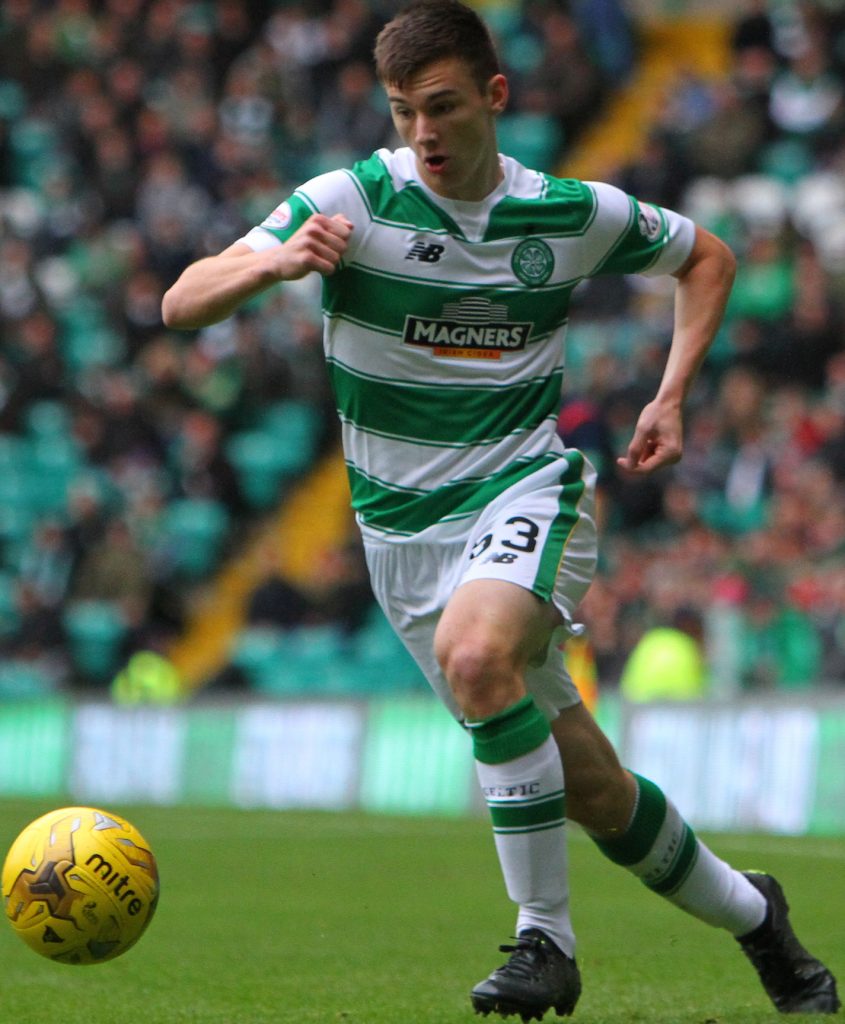 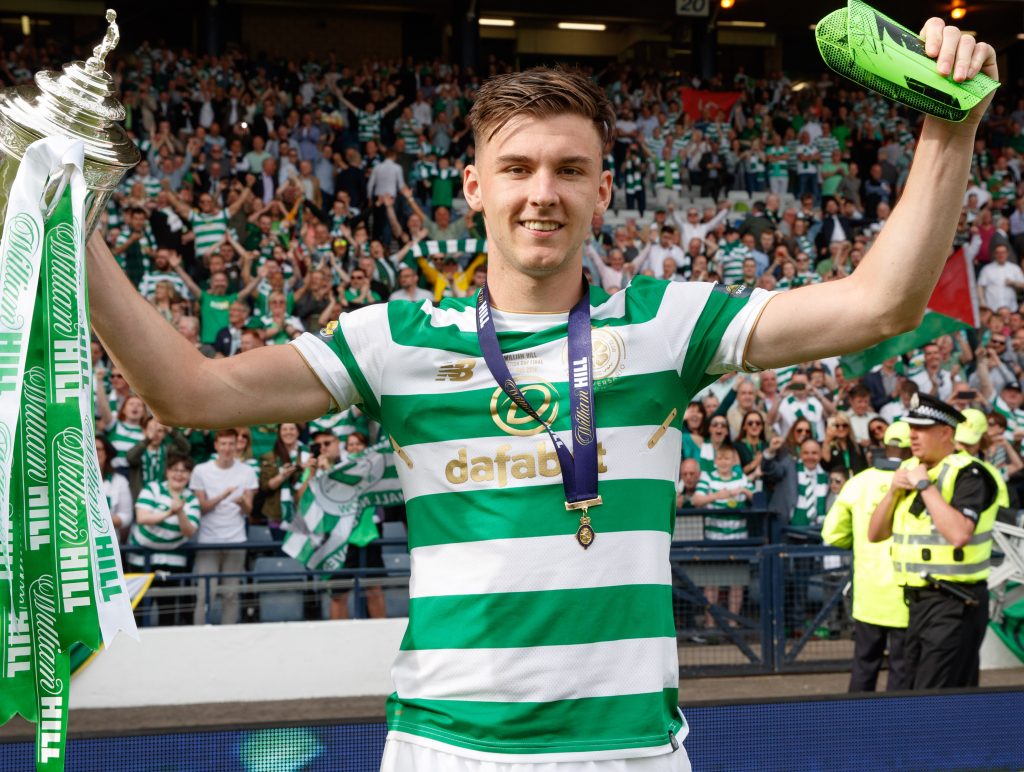 SILVERWARE SUPERSTAR…Kieran Tierney celebrates last season’s Scottish Cup triumph over Motherwell, just one of the many honours that have been added to his collection.