NIR BITTON has paid tribute to Brendan Rodgers after his 31st appearance of the season in the 2-0 win over Motherwell yesterday.

The Israeli international midfielder said: “The boss has worked with some of the best players in the world and he almost won the league with Liverpool. 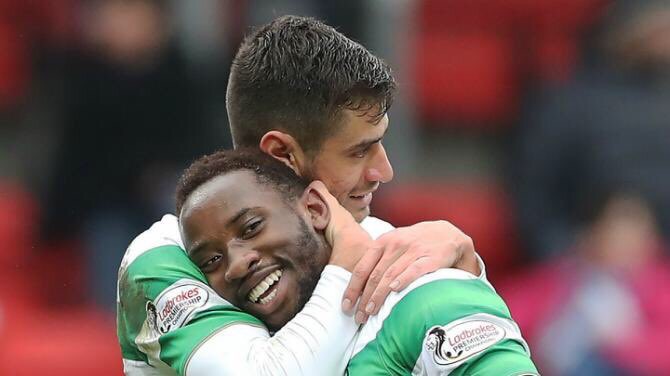 “He is a big name, a big coach, and there is a lot we can learn from him.

“On top of that, he is a very honest man. He will tell you to your face what he is thinking about you and what you need to improve.

“Everyone gets a chance, and no-one in the squad can say they have never got a chance.

“He respects everyone and he tells you what you need to do and, as long as you do that, then you will get a chance.

“What is said between me and the gaffer, I will keep to myself.

“Basically, the gaffer likes high-tempo, attacking football and he has been trying to improve these kinds of things in me.

“I will do as much as I can to improve and learn, as there is a lot to learn from the gaffer.”